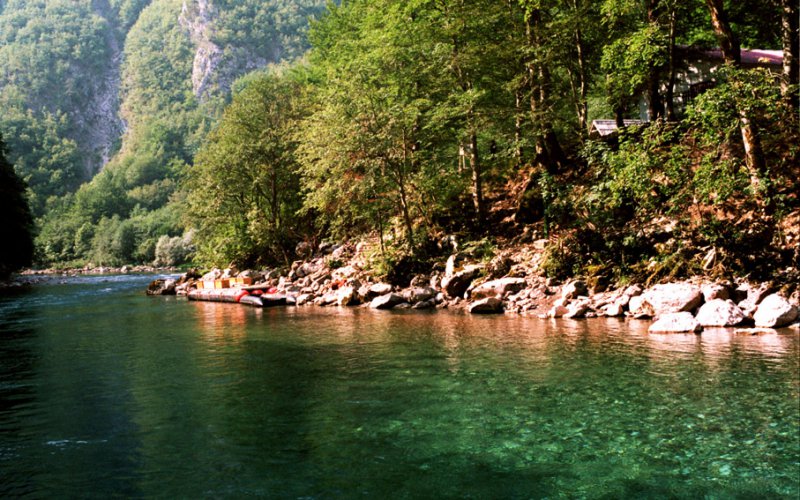 The Tara River is one of the main natural attractions of Montenegro, where numerous tourist routes lie.

Tara flows in the north of the country. Almost the whole path of the river passes through the cliffs, because of what it acquires a violent character. In the flat areas, the Tara slows down and calms down a bit. The total length of the river is about 140 km. Tara connects Montenegro with Bosnia and Herzegovina. 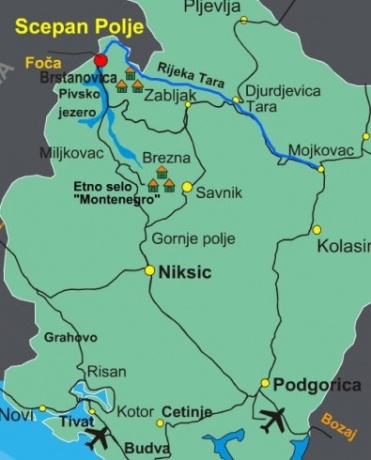 In some places the river forms cozy coves with small islets, in others - whole reservoirs. In areas of rapid current, Tara forms dangerous rapids. In total there are about 40. The noise of huge cascades is heard from afar.

The waters of Tara are painted in pure white color, characteristic of most mountain rivers. In some places, water acquires a coral shade. A notable feature of Tara is its purity. Water from the river can be drunk straight without cleaning. For surprising transparency, the local people call Tara "the tear of Europe".

This Montenegrin river boasts a smooth bottom without mud and vegetation. If it were not for the low temperature of the water (in summer it is at + 12 ° C), Tara could be a good place for swimming. In July and August, some daredevils still swim in it, enjoying the coolness.

The canyon is a key attraction of the Tara River. Its length reaches 82 km, depth - 1,3 km. Canyon of Tara is recognized as the second deepest in the world. It is ahead of only the Colorado River canyon, located in America.

In the canyon of Tara, the Djurdjevic Bridge was built, one of the largest in Europe. The bridge was built in times of military battles in order to protect the country from attacks by enemies. The length of the bridge is about 360 m, the height above the river is 172 m.

From the Djurdjevic Bridge, you can enjoy an impressive view of the surrounding natural landscapes. In rainy weather, from the height of the bridge you can see how clouds form in the depths of the gorge. To watch this beauty, you can go on any excursion to Tara. Each tourist route to this place includes a visit to the bridge.

On the way to Tara, you can see dozens of destroyed sentry points, which were built by the Turks during their rule in Montenegro. With them, there are ancient monasteries, built here in the XV-XVII centuries. The entrance to most of them is closed.

You can explore the canyon, bridge and other attractions of Tara on your own, but you should keep in mind that the way to them runs through the mountainous terrain. If poorly lit tunnels and narrow roads scare you, then it's better not to take risks and take the services of a guide or an experienced taxi driver. 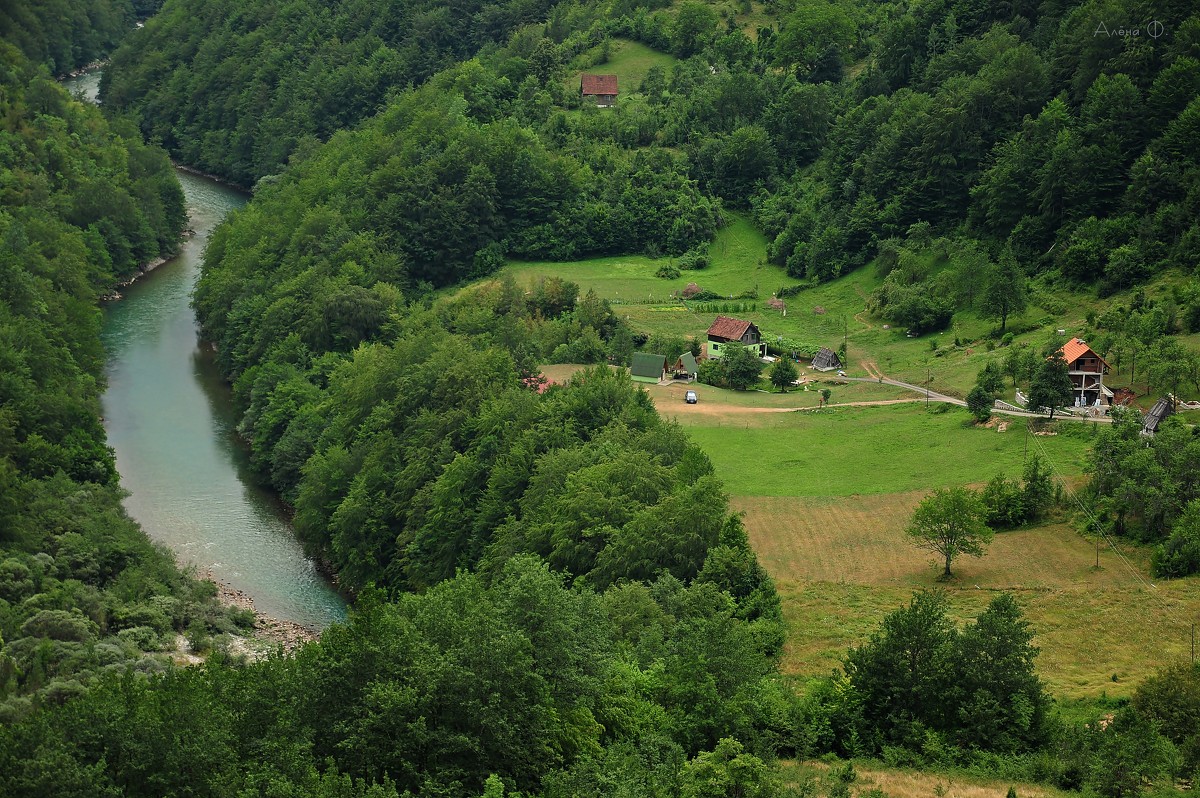 Due to its rapid current, Tara has gained a huge acceptance from rafting enthusiasts. There are several routes along the river, some of them take days.

Almost all the alloys begin from the lower part of the canyon of the river - Brshtanovichy. This place often hosts sports, in which both the Montenegrins themselves and tourists participate.

Professionals distinguish 5 levels of rafting complexity along the Tara River. In the spring the water reaches its maximum, because of which the difficulty of overcoming even the simplest route rises sharply. If you want to get a dose of adrenaline, then it's better to go to Tara in April or May.

By the end of summer, the water level in Tara is decreasing, and already in September some especially dangerous thresholds in it disappear altogether. Autumn is the ideal time for the first rafting attempts. In simple routes at this time of the year even young children can participate.

Virtually any descent on the Tare includes several stops that are needed to restore strength. As a rule, instructors take breaks in the most picturesque places of the river: at high cliffs, in dense forests, near huge waterfalls. Tourists are given free time for walks and taking photographs against the backdrop of picturesque landscapes.

The average cost of rafting on the river Tara is 50 euros. Most often this amount includes a trip to the place where the alloy begins on a comfortable car, equipment rental, instructor's services, lunch and return to the hotel. Companies that organize rafting for Tara, have the appropriate licenses, and therefore tourists can not worry about their safety during the rest. 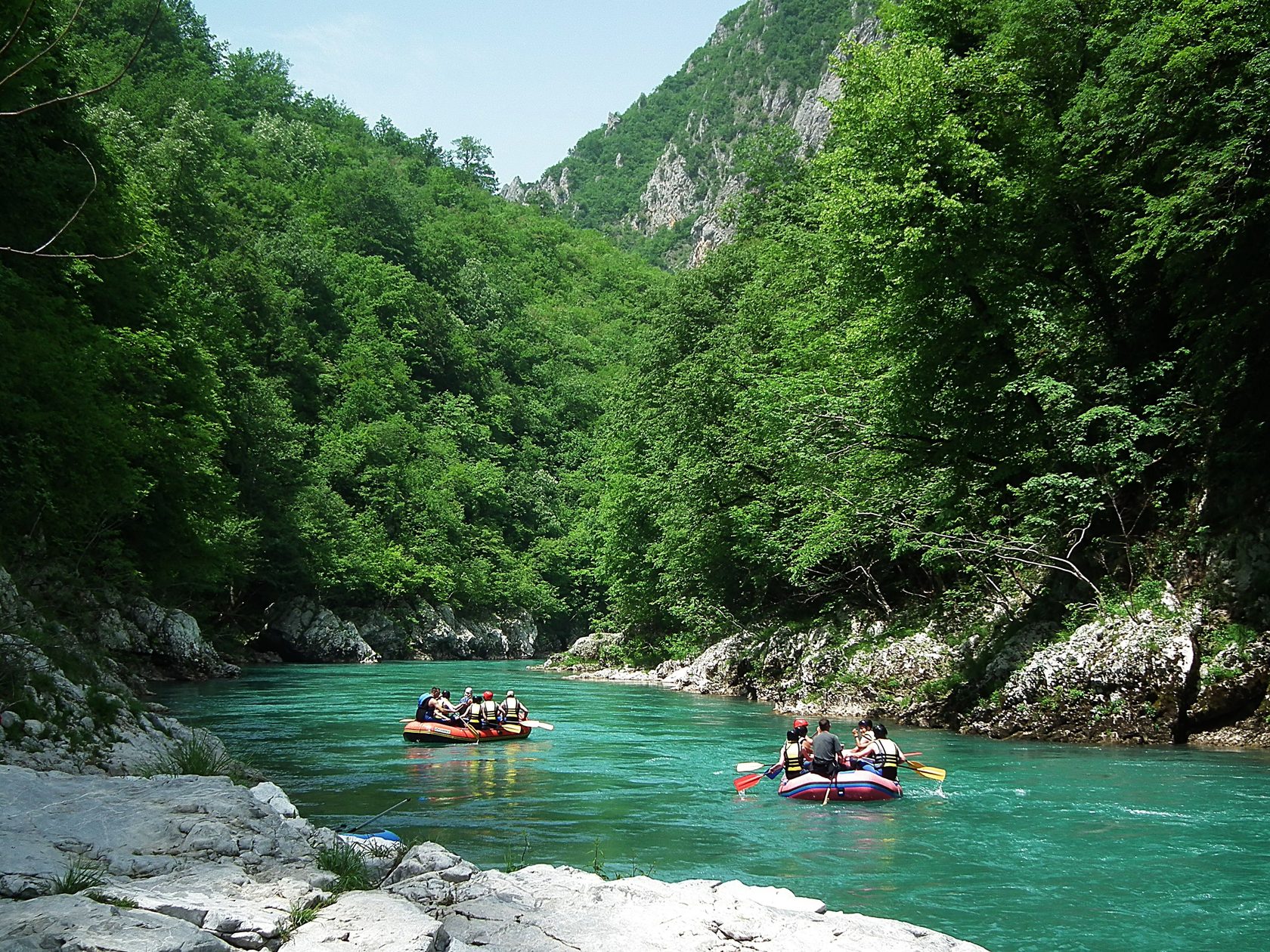