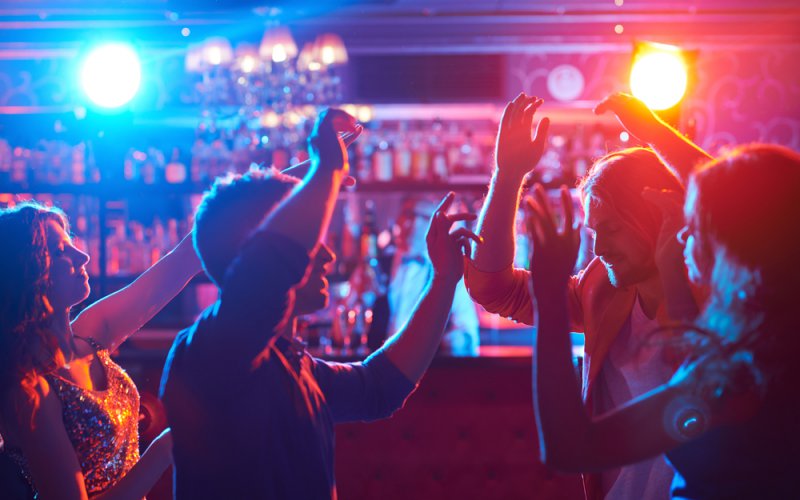 Maximus is Kotor's largest and most visited nightclub, popular with tourists and locals. Every day you can see both young people and mature people who love electronic music and rough fun.

The club "Maximus" (Maximus) is located in the historical part of Kotor. Find it very easy: the institution is located to the left of the entrance to the Old Town. Not far from it you can see the theater of Napoleon and the Museum of Cats.

If you are going to live in the club area, it is worth understanding that with the arrival of the evening you will be disturbed by noise. In the hot season discotheques last until the morning and are always accompanied by loud music.

In 2016, Maximus was awarded an honorary award from Lonely Planet. The institution was among the top 10 places to visit in Kotor. It is also interesting that Maximus became the first closed night club in all of Montenegro.

"Maximus" has two main dance floors: one of them is in a covered building, the other - right on the street. The very building of the club is literally built into the walls of the Old City. Maximus accommodates up to 4 thousand guests. On the weekend, the dance floors are filled to the limit.

The covered room is made in a modern style. It is equipped with an impressive amount of lighting equipment, which creates a special atmosphere on the dance floor.

The club is equipped not only with the latest technological solutions in the field of sound and lighting, but also with a computerized air conditioning system. It maintains the optimal temperature inside the room and filters the air.

Evenings of Serbian and Montenegrin music are arranged in a separate room. Sometimes folk sounds here. In this room is much quieter and quieter than on the dance floors.

As in any other night institution, Maximus has bar counters. Barmen serve alcoholic and non-alcoholic drinks for every taste.

Maximus works daily, but the most intense discos are held there on weekends. Every Saturday and Sunday of the summer season famous music artists and artists come to the night club. Most of them come from neighboring countries of the Balkan Peninsula. The club sounded both Montenegrin and foreign songs.

Each summer, Maximus becomes the venue for a major musical event, called the Refresh Festival. The festival falls on the end of July or the beginning of August - the time when the largest number of tourists in Kotor is resting, and the local population begins the season of vacations.

The first festival took place in 2007. Already by 2009 it was visited by more than 35 thousand people. To date, more than 5,000 domestic and foreign artists have participated in the Refresh Festival. The main musical event of the summer in Montenegro attracted the attention of more than 200 journalists from 30 countries.

In 2017, the anniversary Refresh Festival lasted for three days: from 10th to 13th August. More than 50 performers appeared on the stage, including real stars: Mark Knight, Mark Romboy Uner, Affkt and Agents of time. A successful festival was mentioned in many regional and international publications. He was also repeatedly talked about on television.

All the upcoming performances of local and foreign stars are announced on the official website of Maximus (http://discomaximus.me/). On it you can get acquainted with the rates that vary depending on the time of visit and the specific entertainment program.

The standard admission price before midnight is 5 euros, after midnight it rises to 8 euros. The cost of participating in festivals and themed parties is usually increased by several euros. Tickets for entertainment events are quickly sold out, and therefore it is better to buy them in advance.