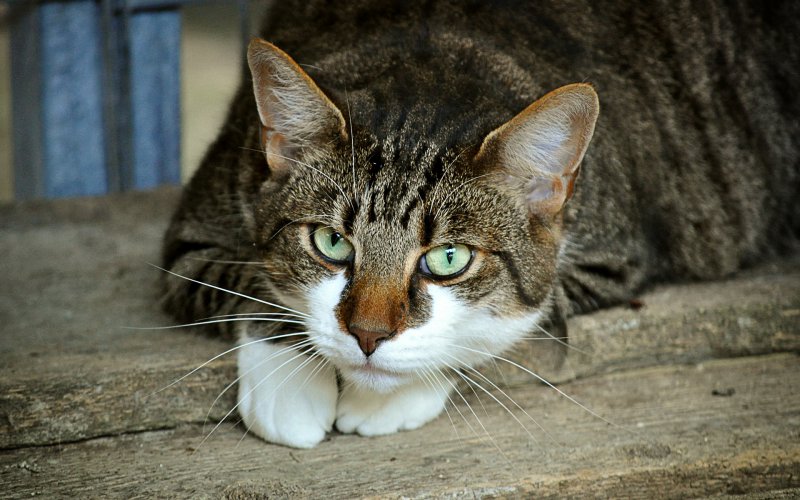 Kotor is a Montenegrin resort, which is located right on the shore of the eponymous bay and the Adriatic coast. This city is filled with ancient churches and architectural structures, which are of great historical and cultural value. Together with this, Kotor is also famous for cats, which even managed to become its unofficial symbol. Below we will tell about the kotor cats and their life in detail.

In 1914, the world-famous guide Lonely Planet introduced Kotor into the TOP-10 cities that cats lovers would like. Together with him on the list were Amsterdam and Washington. In the guidebook it was noted that in these cities excellent conditions for the living of our four-legged friends have been created, and the local people show them an exceptional friendliness.

Life of homeless, cats in Kotor 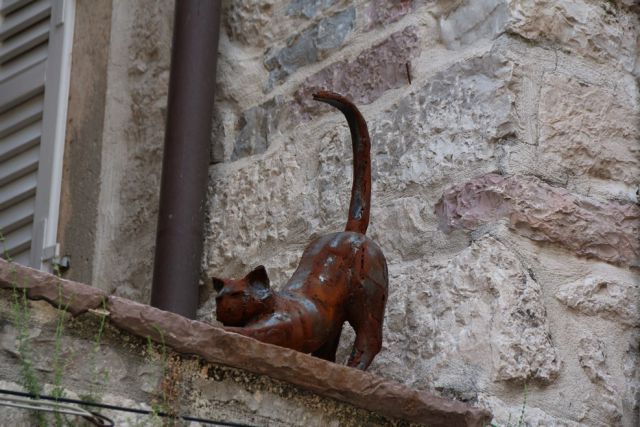 Almost all of them relate to cats with care and compassion. When in 2010 an unknown person began to poison them with poison, as a result of which only 30 animals perished in a night, the citizens actively sounded the alarm. They tried to secure the protection of four-legged friends (especially the homeless) from local authorities and won. Now the square near the Church of St. Mary is considered an official place where you can feed cats.

It is in this part of the city that they accumulate the most. Local cats also took a fancy to the corner of the old town near an abandoned summer theater. Cats in Kotor used to lie and bask in the sun directly on the pedestrian roads. For them, there are many cornices, arches, steps.

Tourists like to come to the old part of the city with food packages. They are instantly attacked by hungry cats and kittens. Kotorsky animals are unpretentious in food, they are happy to eat even bread and rolls. They are willing to make contact and are not afraid of people.

In local shops actively selling souvenirs with images of animals. Here you can buy a cat-doll, get a clock in the form of a cat and buy a lot of thematic little things.

Kotor is a city of cats, as evidenced by the museum opened here in their honor. Its building is located in the former Orthodox monastery, on the famous Kino Square. The owner of the museum is an Italian named Piero Paci, an expert in the field of art and an avid collector. The idea to open a museum in Kotor came to a man after receiving a thematic premise. It consisted of one and a half thousand items: greeting cards, souvenirs, photographs, postage stamps, old books, etc. Piero Paci was struck by the fact that they were represented in huge numbers by cats.

Now all these pleasant little things are in the museum. The entrance to it costs 1 euro. For children, the price of admission is reduced by half. The museum occupies not too much territory, it can be bypassed in half an hour. 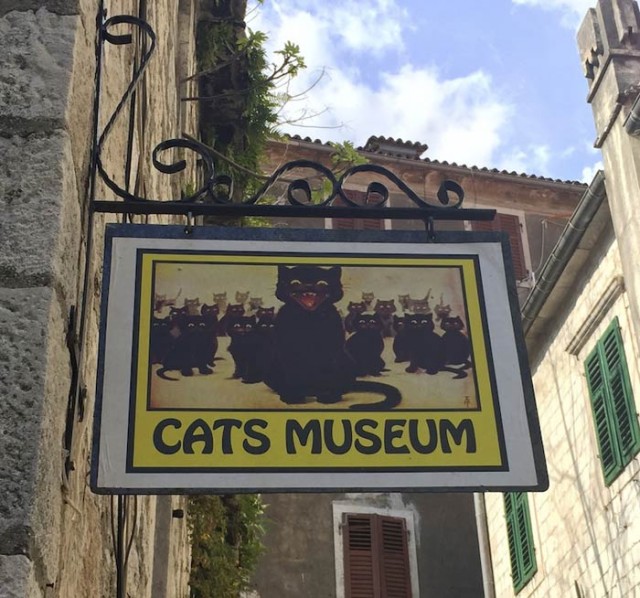 The exhibits do not have signatures, however at the entrance each visitor receives a guide for free. It has a map of the museum and a description of each stand. The guide is made in several languages, including Russian. After acquaintance with an exposition of a museum the guidebook should be returned.

Most of the museum collection consists of photographs, letters and pictures. There are also medals, coins and tokens brought from different countries, bizarre old figurines made in the form of cats, decorative dishes with the depiction of these animals, etc.

Not all tourists appreciate the cat museum on its merit. Many argue that this place will be interesting either to fans of rare things and old records, or to true fans of cats who want to learn about them all.

In the museum you can leave voluntary donations. All of them are sent to buy food for homeless cats and cats Kotor.

The administration of the museum admits that the main purpose of its activity is not to chant cats, their beauty and significance, but to appeal to people with a request to treat the surrounding nature more carefully.

The owner of an unusual museum asks to show respect and care not only to cats, but to all other animals.