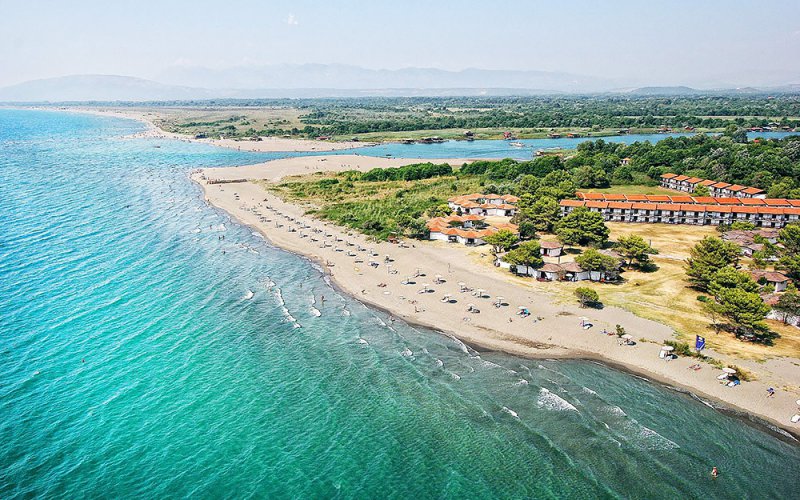 Ada Bojana is a Montenegrin island and the eponymous beach, favored by nudists from all over the world. We will give an exhaustive information about all the possibilities of rest in this secluded place.

The island of Ada Bojana is located in the south-eastern part of Montenegro, 25 km from the town of Ulcinj. Near to it the state border with Albania is stretched. To get to the island, you need to go through a small bridge.

Ada Boyana is located in the mouth of the Boyana River. The island is washed by its banks on both sides. On the third side it is washed by the Adriatic Sea. Near the island stretches the Great Beach. 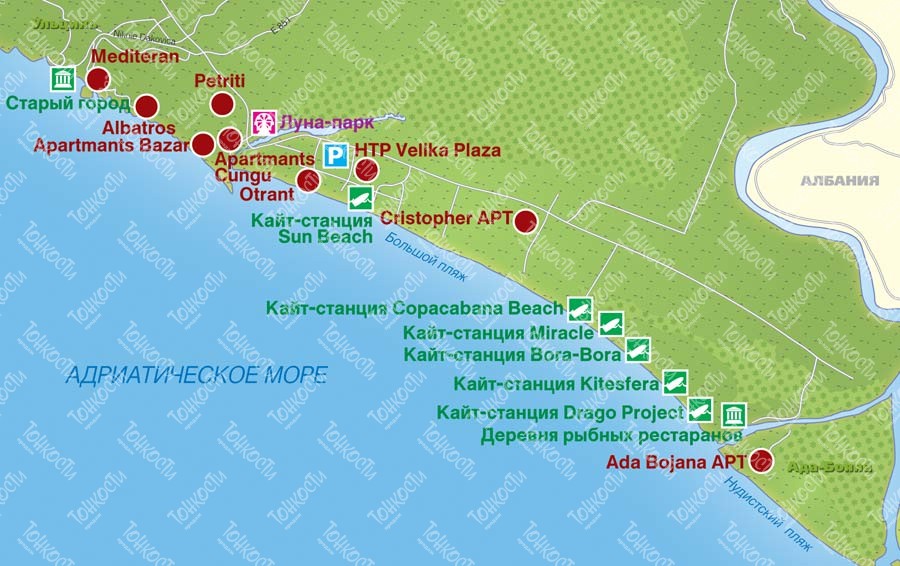 In 1858, a ship sank between two river islands. At the site of his wreck, the locals decided to create another island. By 1973, it became a full-fledged village in which nudists lived.

During the SFRY, the island of Ada Boyana became the center of beach recreation. It was intended only for foreign tourists. Now this place is open to all visitors.

Ada Bojana is a nature reserve in which mild climate reigns, characteristic for the entire Adriatic coast.

The swimming season begins in May. By July the water is warming up to + 24 ° C. Thanks to the light breeze that comes from the Adriatic Sea, it is comfortable to be on the island of Ada Bojana even in the heat. The highest temperatures are observed here in August.

Due to good weather, the island has all the conditions for growing plants. Here you can find a lot of relic and other rare species of Mediterranean vegetation.

From the Adriatic Sea on the island of Ada Bojana there is a famous beach named after him. This place is ideal for lovers of secluded recreation in the bosom of nature.

Ada Boyana is the only nudist resort in Montenegro. Sunbathing, swimming and walking here can be directly naked, as it is done by almost everyone having a rest.

The area of ​​the beach zone is about 350 hectares, which is enough for the simultaneous deployment of 1000 people. At the same time the beach is never filled with a huge number of tourists, it has enough space even in the high season.

For those who prefer to be on the beach in swimming trunks and bathing suits, there is a separate site on the island. It is important to note that its dimensions are small, while some beach areas designed for nudists reach 150 m in width.

The beach of Ada Boyana is considered sandy. In places it is covered with shells and corals. The sand here is saturated with more than 30 minerals. It is widely used to treat diseases of the bone and muscle systems. Healing sand also helps to fight infertility.

The beach is clean, beautiful and well maintained. There are sections on it with a shallow approach to the water and the shallow sea. If you walk a little, you can see the small-pebble zones, in which the sea is deeper.

Ada Boyana is an island with a well-developed infrastructure. If desired, tourists can spend all their vacation right on it, only occasionally going to other resorts.

The island is built up with small houses converted for hotels. They offer vacationers different levels of comfort. Most of the houses are family hotels.

On the island of Ada Boyana special hotels for nudists are built. They are allowed to move absolutely naked on them.

Ada Boyana has one restaurant and two cafes. Several years ago, sports grounds were erected on it. On the beach there are rental areas for sports equipment and equipment. Kayaks and water bicycles are especially popular.

Ideal conditions for kitesurfing were created on the island of Ada Bojana. It has several schools that teach this extreme sport. Some instructors are fluent in Russian.

On the beach there is a riding school. Vacationers can come to classes naked. By the way, this is the only place in Europe where horses are allowed to skate without clothes.

Ada Bojana is famous not only for its picturesque beach and developed infrastructure, but also for a special atmosphere. From the side of the river on the island lies a cozy fishing village with old huts and small establishments. They serve originally Montenegrin dishes from fresh fish and seafood. 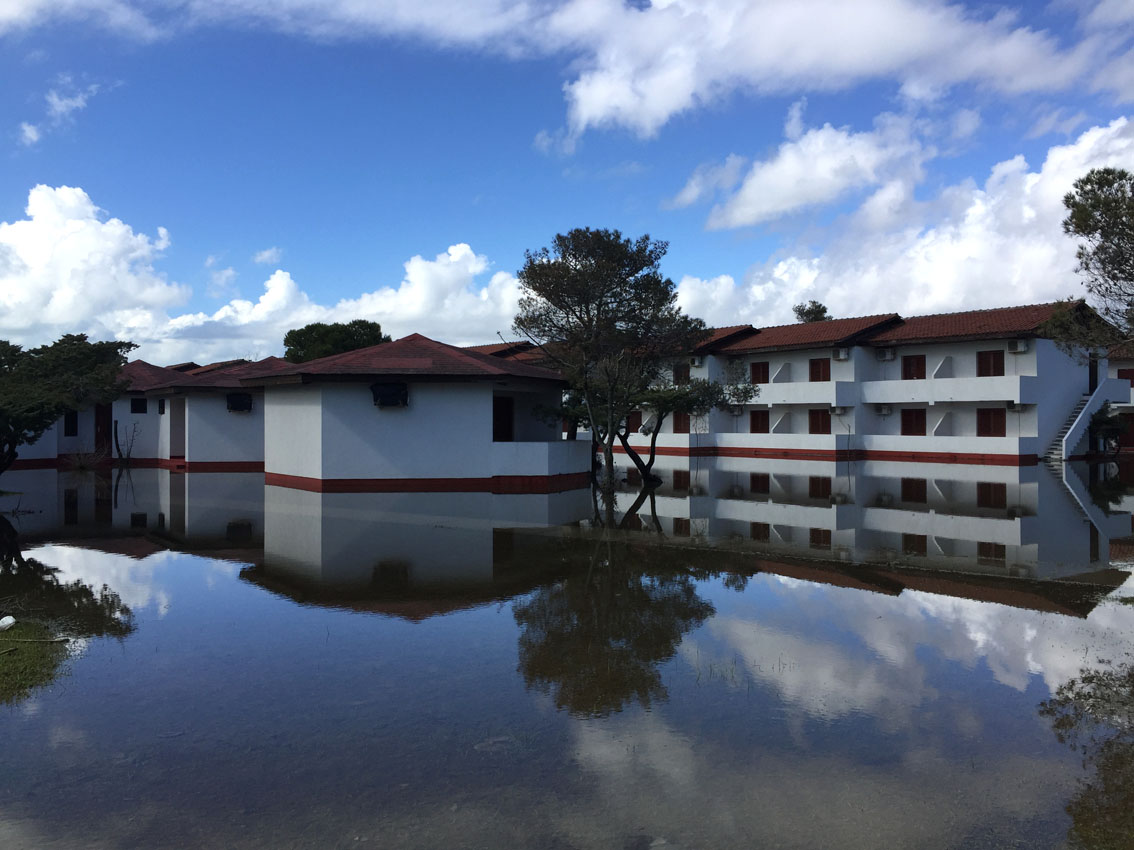 This part of the island is interesting because almost every house can see fishing tackles: huge networks, water boats, pleasure boats, etc. The fish floats right by the shore, geese graze nearby. Some claim that they saw a snake here.

Some fishing lodges are rented out. From their windows there are beautiful views of the river. Accommodation in one of the island's huts can be an excellent solution for avid fishermen.