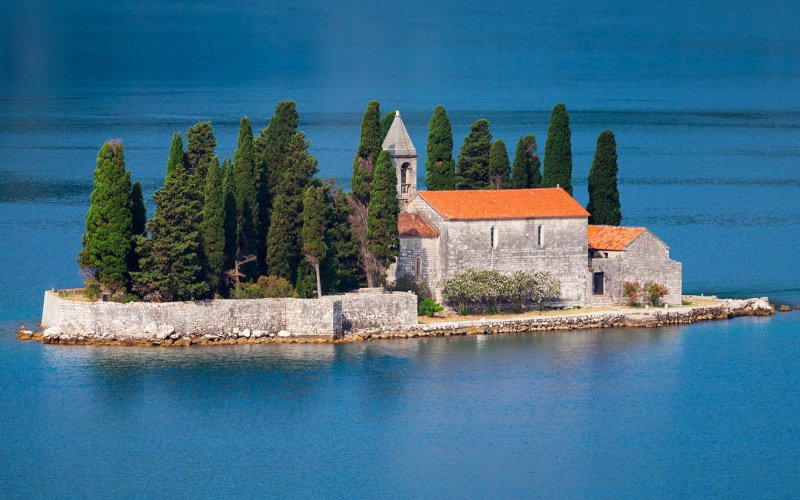 The island of George is one of the most mysterious places in Montenegro. It attracts tourists with its rich, but tragic history, as well as a special, slightly gloomy atmosphere.

St. George Island is located in the Bay of Kotor, opposite the Strait of Verige. It was formed naturally.

The island can be quickly reached from the resort of Perast. Go and swim to it from Risan, Kotor and Tivat will have a little longer. Kotor owned the island until the XVII century, after which he became the property of Venice. Then the island went to the French, who decided to expel the indigenous people from it. In 1814, the island of George was captured by the Austrians. He joined Yugoslavia only after the proclamation of Serbia's independence. A little later the island went to Montenegro.

The name was given to the island in honor of the abbey of St. George, erected on it in the IX century. Its building almost completely collapsed because of regular bombings of invaders, deliberate fires of pirates and a strong earthquake that happened in 1667. Later, the religious building was repeatedly restored. Her and could not bring to the original form.

In another way this place is called the Island of the Dead. For centuries, Perast captains of ships and wealthy indigenous people were buried there. Each tombstone was decorated with a unique emblem. The cemetery is almost not preserved, but archaeologists leave no attempts to find new burials on the island.

Once on the island of St. George there was a nautical school. Her children visited the nobility, including the sons of Russian noblemen, whom Peter the Great patronized.

A sad legend is connected with the island of St. George. It tells of a young soldier who participated in one of the many battles that took place on the island. In one of them, he shot in the direction of Perast and accidentally got into the house where his beloved lived. The girl was seriously injured and eventually died. Learning about this, the soldier fell into despair. At first he took a vow of monasticism, and after, unable to withstand the anguish, died right on the grave of his beloved. 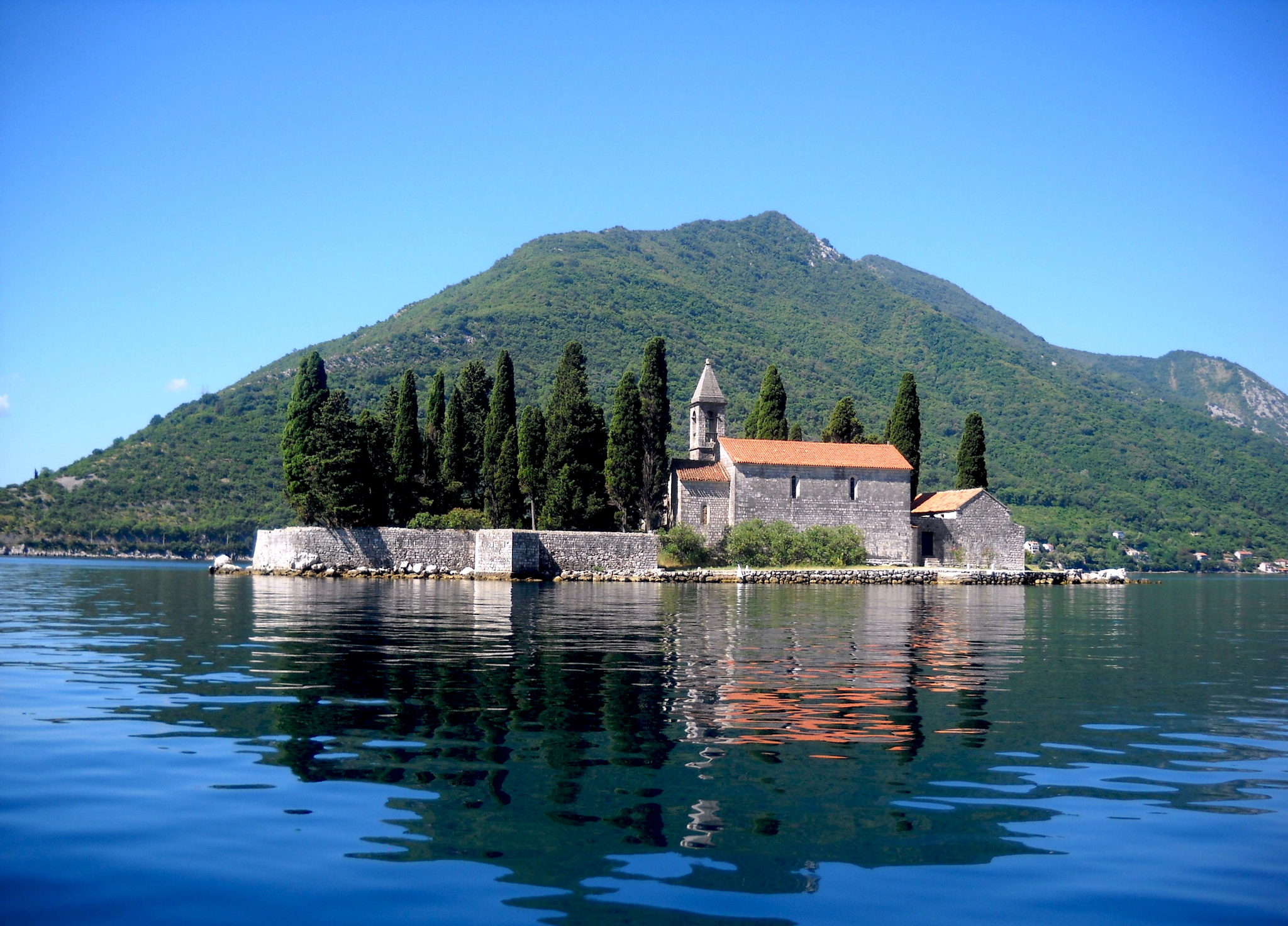 The temple of St. George, which once was located on the island, was completely destroyed. In its place now stands an unremarkable church. Within its walls is an art gallery, which houses the works of Montenegrin artist Lovro Marinov Dobrichevich and his contemporaries. Most of the paintings are devoted to the marine theme.

Right in front of the church is the burial place of its founder. There are no signs on it. Inside the church, the tombstone of Marko Martinovic, the famous Montenegrin shipbuilder and seafarer, was preserved.

The ancient cemetery is surrounded by a picturesque cypress grove and several palm trees. They can be easily discerned from the shore. From the cemetery, practically nothing remained. It does not bother tourists who like to walk around its historically significant territory.

For several centuries, the island has inspired artists: artists, sculptors, poets and photographers. For example, painter Arnold Beklin wrote here his famous painting with the symbolic name "Island of the Dead".

A canvas depicts a funeral boat. In it is a coffin with a woman dressed in a snow-white dress. The action takes place against a background of gloomy crypts. They add a picture of drama.

The artist created 5 variations of the picture, 4 of which are now stored in the eminent New York and Berlin museums. The last copy of the canvas was lost during the military battles. 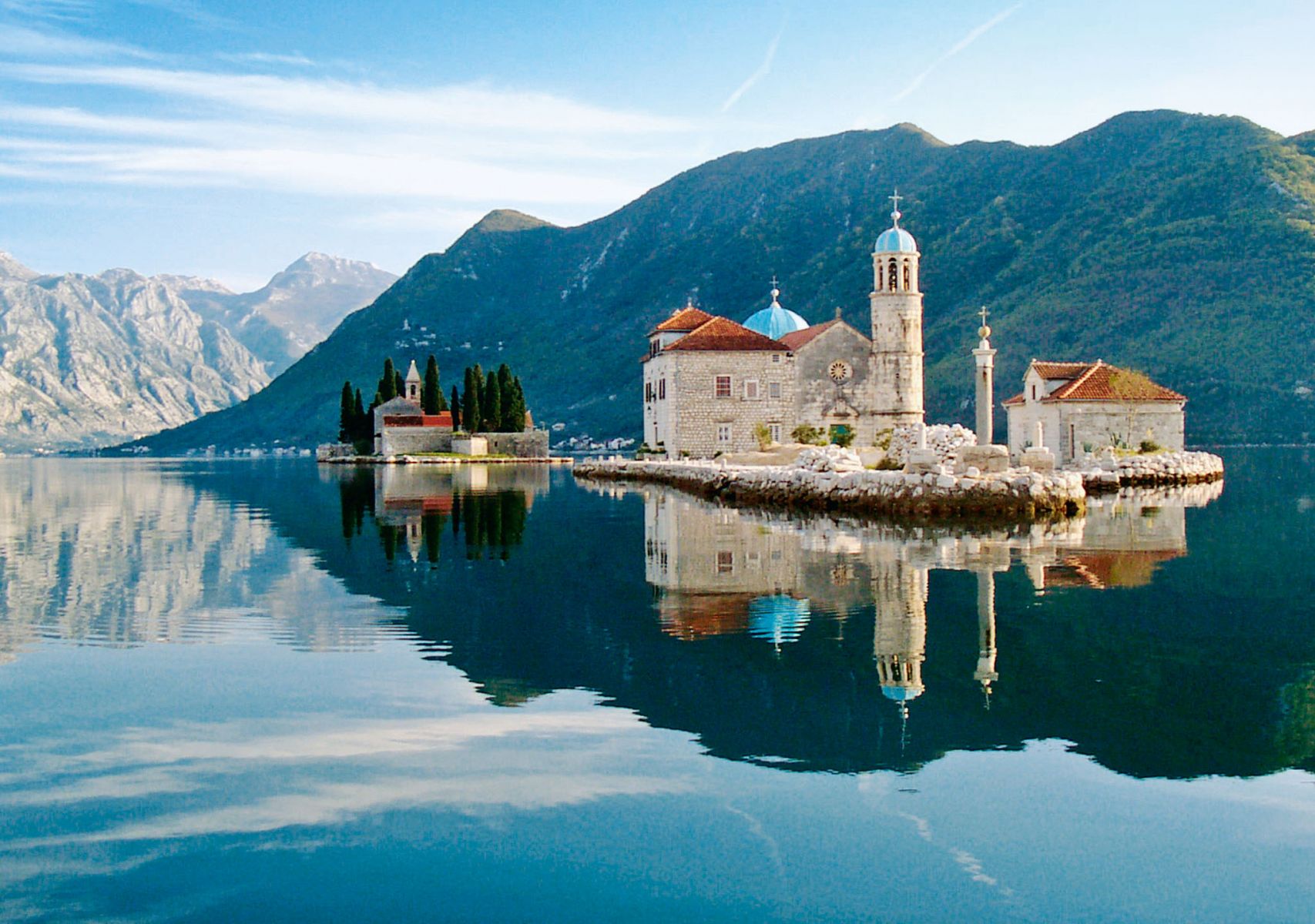 At the moment the island of St. George is in the possession of the local Catholic Church. There is a rest house in which Montenegrin clergymen stay.

Officially, tourists can not visit a private island, but some still manage to sneak into its territory. Before this place you can swim by boat or any other leased vessel.

The island also organizes guided tours, during which guides talk in detail about the history of this mysterious place. Most tourists are allowed only to view the island in a circle from the sea, not stepping on its territory.