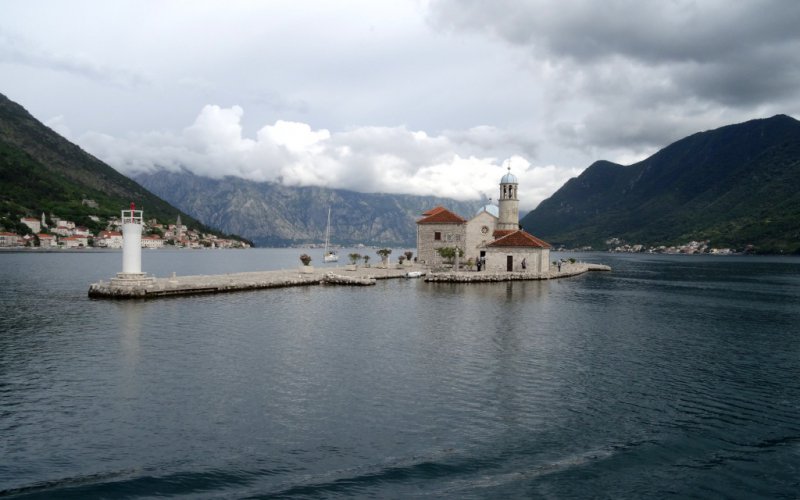 The island of Mary or Gospa-od-Shkrpjela is an important historical landmark of Montenegro, where one should definitely go, making a walk on the sea.

Location the Island of Mary

Gospa Od Shkrpjela is an island located in Kotor Bay, directly opposite the town of Perast. It is open to visitors throughout the year.

You can get to the island in the tour group or on your own. Boats and boats for travel are rented directly on the coast of Perast.

History the Island of Mary

Gospa-od-Shkrpjela - one of the few islands of the Adriatic, created by artificial means. There is a whole story connected with this.

In 1452, sailors from Perast discovered an icon of the Virgin on the reef. Later, she cured one of them from a serious illness. The rumor of such a miracle spread throughout the district. The island began to be built directly over the reef that gave the poor sailor healing. Its name literally translates as "Mother of God on the Rock".

The construction of the island continued for two centuries. It was led by the inhabitants of Perast, who independently sank their old ships, brought stones to the reef and threw them around the cliff.

This tradition has survived among the indigenous population today. Every year she is remembered during the Fashinad's holiday, which is accompanied by a colorful gig. On July 22, Montenegrins and holiday-makers in Perast, tourists swim by boats to the island of Mary and throw stones into the water. This rite protects the island from erosion and increases its territory.

In 1630, a church was built on the island of Gospa-od-Shkrpjela. It was named after the Mother of God. Over the long years of its existence, the church suffered several reconstructions, but still retained its original Byzantine elements. In 1772, the church was significantly expanded, decorated with a dome, attached to it a small chapel. 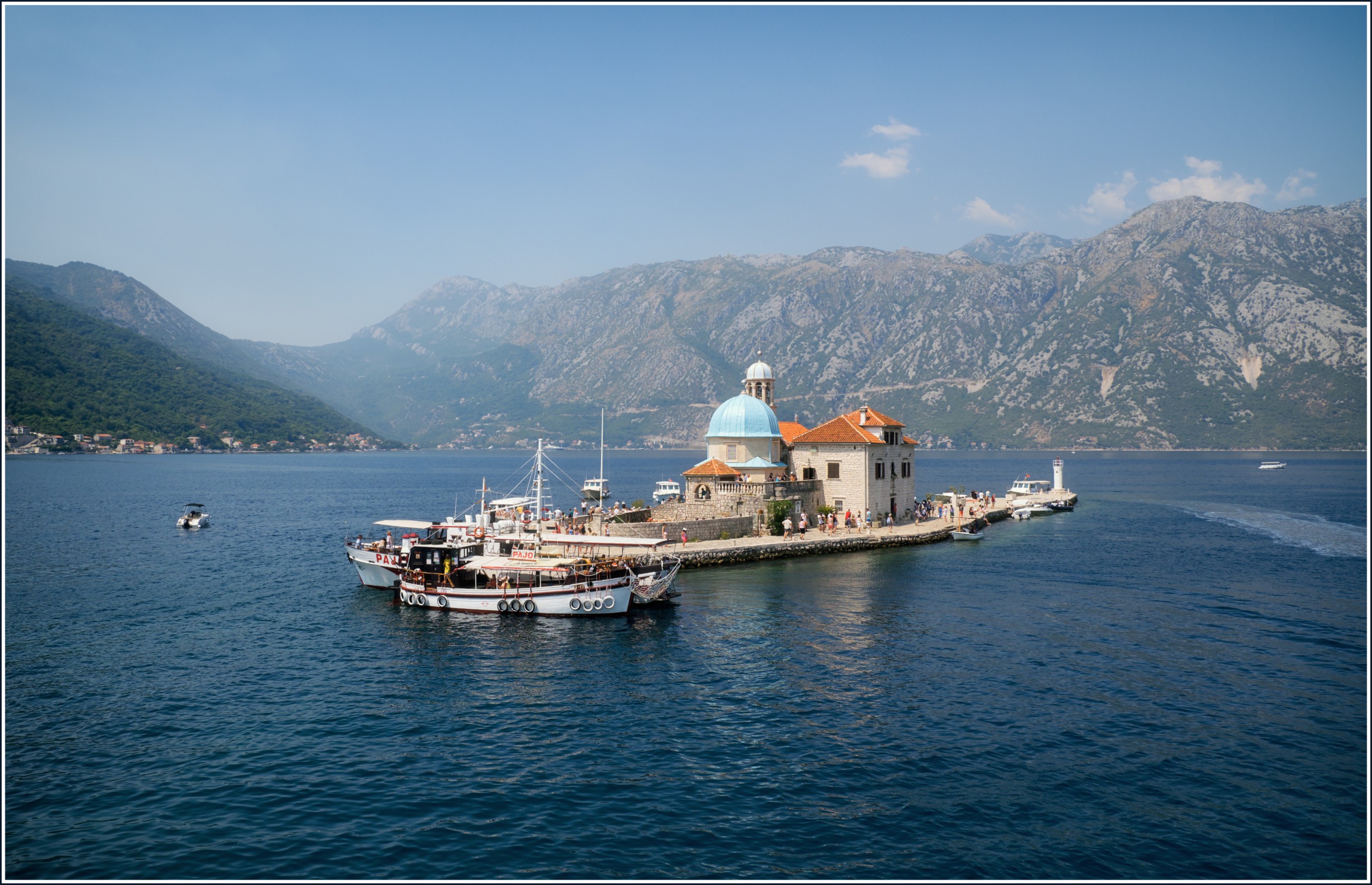 Sights the Island of Mary

The Church of Our Lady is the main attraction of the island. Next to it is a bell tower, several buildings for economic purposes and an inner courtyard.

The church does not vary in size, but it is beautiful and cozy. The walls of the temple are decorated with 68 murals created by the famous artist Tripo Cockol. He worked tirelessly on the church painting for 10 years.

In the temple there was preserved the altar, which was installed here in 1769. In the wall behind him you can see a small depression - the very reef where local sailors found an amazing icon. It is believed that if you touch it with your hand and say your cherished desire, it will be necessarily heard and fulfilled.

On the left side of the altar, you can see the wedding attributes: bouquets, ornaments, garters. The newlyweds leave such things in the hope that this will bring their marriage strength and prosperity.

The second floor of the temple is reserved for the museum. It is dedicated to the life and activities of local sailors. The exposition of the museum presents unusual exhibits. Particular attention deserves an icon, which was embroidered from women's hair.

In the church museum you can see many other entertaining things: decorations of ancient masters, porcelain products, icons, ship bells, etc. Nearby there is a room with gifts, which were presented to the temple and the museum for centuries.

On the territory of the island of Gospa-od-Shkrpjela the same-named female monastery works. Not far from it there are cells, in which local monks live, leading a secluded lifestyle.

The island of Mary is excellent for hiking. Some of its sections are lined with concrete, and right outside the church is a luxurious flowering garden. 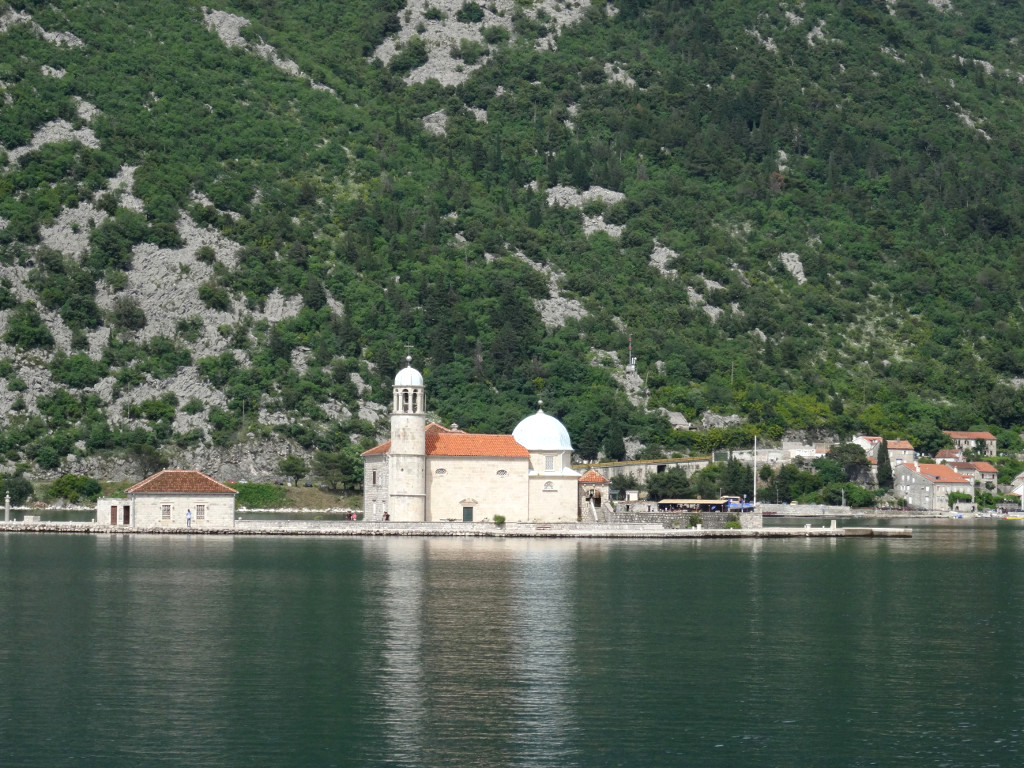 With Gospa od Shkrpjela, an impressive view of Perast and the neighboring island, named after St. George, opens. He is examined only from the outside, passing by on a watercraft.

On the way to the island of Mary, you can look in a few more interesting places: the island of St. Mark, drowning in cypresses and olive trees, or on the peninsula of Lustica, which is famous for its rich vegetation.