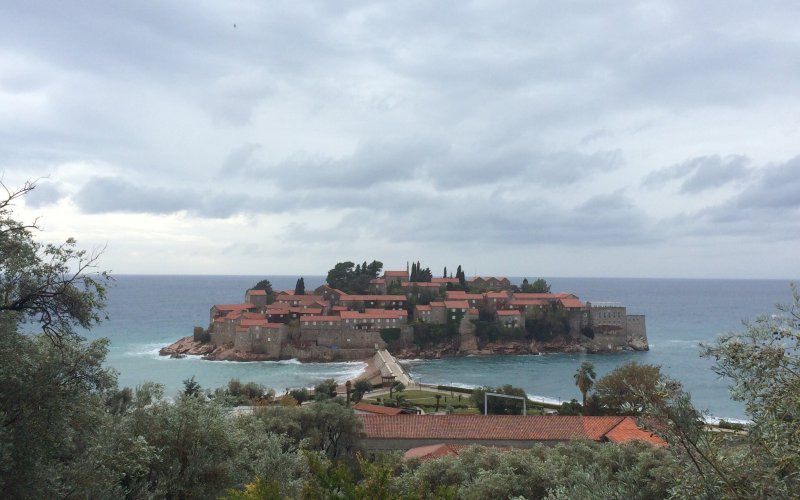 Sveti Stefan is an island of millionaires. So it is named, in honor of the Orthodox patron saint of Montenegro Saint Stefan. We arrived from Budva for 15 minutes by shuttle bus, the schedule is written at any stop. The fare is three euros per person. The stop is made in the form of an observation area and you can take a photo with a view of the hotel. Next we went down to the embankment, and on the left we were waiting for a free beach, and on the right already a paid one for hotel guests. How to get to the island itself: once a year on August 28, further book a table in the restaurant, but the reservation costs from 5000 rubles, and the last one to be a guest of the hotel, but prices start overnight from 700 euros. But just recently, about 50 years ago, there was a fishing village with a population of 400 people. With the shore, the island is connected by an artificial embankment, about 100 meters long. From 2007 to 2012 it was closed for reconstruction, and it is pleased that all the old buildings were preserved. Nearby is the pine park Milocer, filled with olive trees, from there you can also make a photo with a beautiful view.