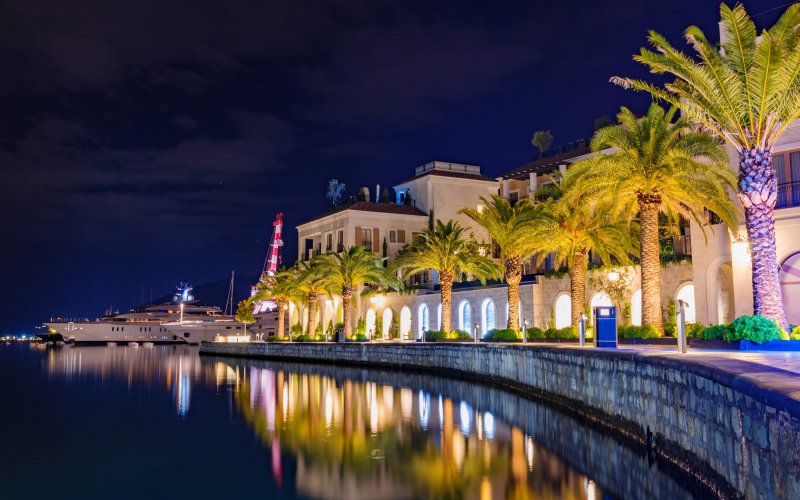 For almost 100 years, Montenegro had no independence for most of the twentieth century. Because of this, it is not surprising that entire generations of Russians could have completely forgotten, not heard about this small Balkan country. All the more relevant may be rest in Montenegro to restore its “historical memory”.
The first state appeared on this territory as far back as 1077 (the kingdom of Zeta), although people have lived here since the Paleolithic period. Later there were ancient settlements. Around the 6th century, Montenegro was settled by incoming Slavs. In 1296, for the first time in the annals, the toponym Montenegro is used, gradually they begin to call this whole country. Later, the country was under the Ottoman protectorate, and during the First World War it lost its independence - at first it was occupied by the Austrians, then by the Serbs and then became part of Yugoslavia. Montenegro regained its independence in 2006, orients its political course towards the EU, and the euro has been the national currency since 2002.
What is Montenegro ready to offer today to the tourist? The picturesque coast, the swimming season from May to October (inclusive), dozens of kilometers of beaches (pebbly and sandy), many of which are marked with a special sign of ecological purity. About diving in Montenegro should be said, since its historical roots are very deep here. Collectors of mollusks, local fishermen are engaged in them here since ancient times. In 1927, it was here that a naval center was created by naval sailors. And today there are all conditions for diving in Montenegro - you can watch the life of coral reefs, swim in small underwater caves, and you can go fishing with a harpoon. Rafting is also very popular in Montenegro (rafting).
Beach seaside vacation is convenient to combine with recreation and familiarity with local life, beauty. The country is small, almost all cities are connected by convenient bus routes, the roads are excellent. Thus, visiting the old parts of many cities (Podgorica, Budva, Kotor), interesting museums, fortresses, monasteries, churches will not require a lot of time to travel. Those wishing to improve their health Montenegro will offer a lot of healing springs and mud. We add that the ski resorts (main - Zabljak, Kolasin) of this country are developing quite quickly.

Tours to Montenegro - an unmistakable choice!