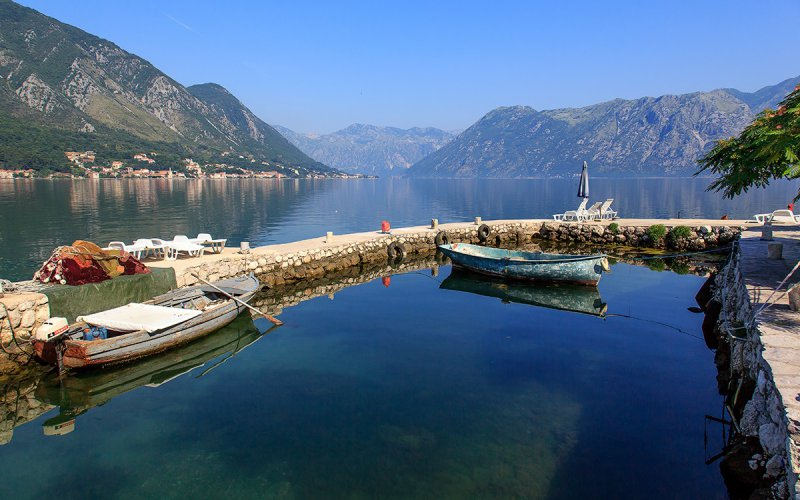 Dobrota is one of the numerous fishing villages in Montenegro, which is great for a vacation away from the city bustle. This settlement is unlikely to suit discerning tourists, but it will be to the taste of connoisseurs of natural beauty and quiet pastime.

The village of Dobrota in Montenegro is part of the Kotor municipality. On the one hand, it borders the settlement of Luty and the river of the same name, on the other - with the resort of Kotor.

The village is located in the eastern part of the Bay of Kotor. Dobrota is so small that in some guidebooks it is not singled out as an independent settlement and is called just the suburb of Kotor. 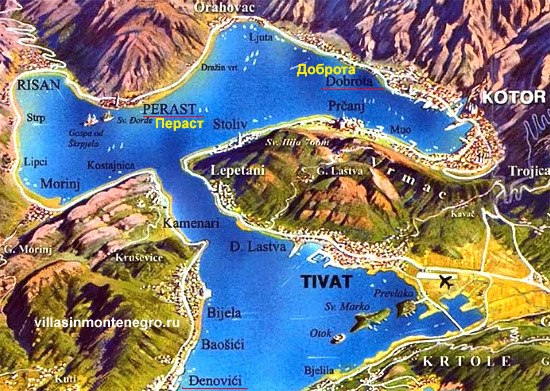 Every second home in the village of Dobrota is rented. Luxury villas, located right by the sea, next to modest, but cozy houses. Housing prices vary depending on the internal equipment and external uhozhennost real estate.

In Dobrota there are several cafes and restaurants. To diversify your meal and rest in general, from here you can get to Kotor, where there are excellent places for shopping, bars and nightclubs. In the summer, the bus runs between Good and Good from early morning until late at night.

The church is the main asset of the village Dobrota. There are three of them here, and each has its own historical significance.

The church of St. Eustache, built in a refined baroque style, attracts attention from afar. Her luxurious interior, which is clearly not spared the means, impresses even more.

It is believed that the church was built with the financial support of well-off captain families. Interior, inventory, preserved treasures - all this speaks of the enormous economic power of Kindness and its inhabitants in the period from the XVII to the XVIII century.

The temple is decorated with 7 altars, entirely made of marble. The most beautiful is the white altar. The walls of the church are decorated with sculptures, which were created by the best Montenegrin masters of that time. The ceiling was painted by Joseph Klyakovic. It still has 12 artfully executed frescoes.

The church houses a rich collection of paintings. Most canvases depict local seafarers, their ships, as well as battles with invaders. In the sacristy of the temple there are fragments of medieval textiles. The special value is possessed by well-known kindly laces. The church has a huge library with about 30,000 books.

The Church of St. Matthew is the second most important temple of Kindness. It was built in 1670 on the site of a church destroyed during the earthquake. Construction and decoration of the temple ended only in 1770. Now this religious building looks like it was more than 200 years ago.

The Church of Elijah the Prophet stands out among the rest with its tiny dimensions and modesty of exterior decoration. From a distance it can even be mistaken for a chapel. The church is located on a hill, from which a panorama of the whole village and its closest settlements opens. Get here either by mountain road on foot or by car.

In Dobrota there are no beaches equipped for recreation, but this does not mean that you can not swim here. Walking along the coast, you will surely see a lot of concreted areas located right by the water. This is the small beach areas created by the skilful hands of local residents. 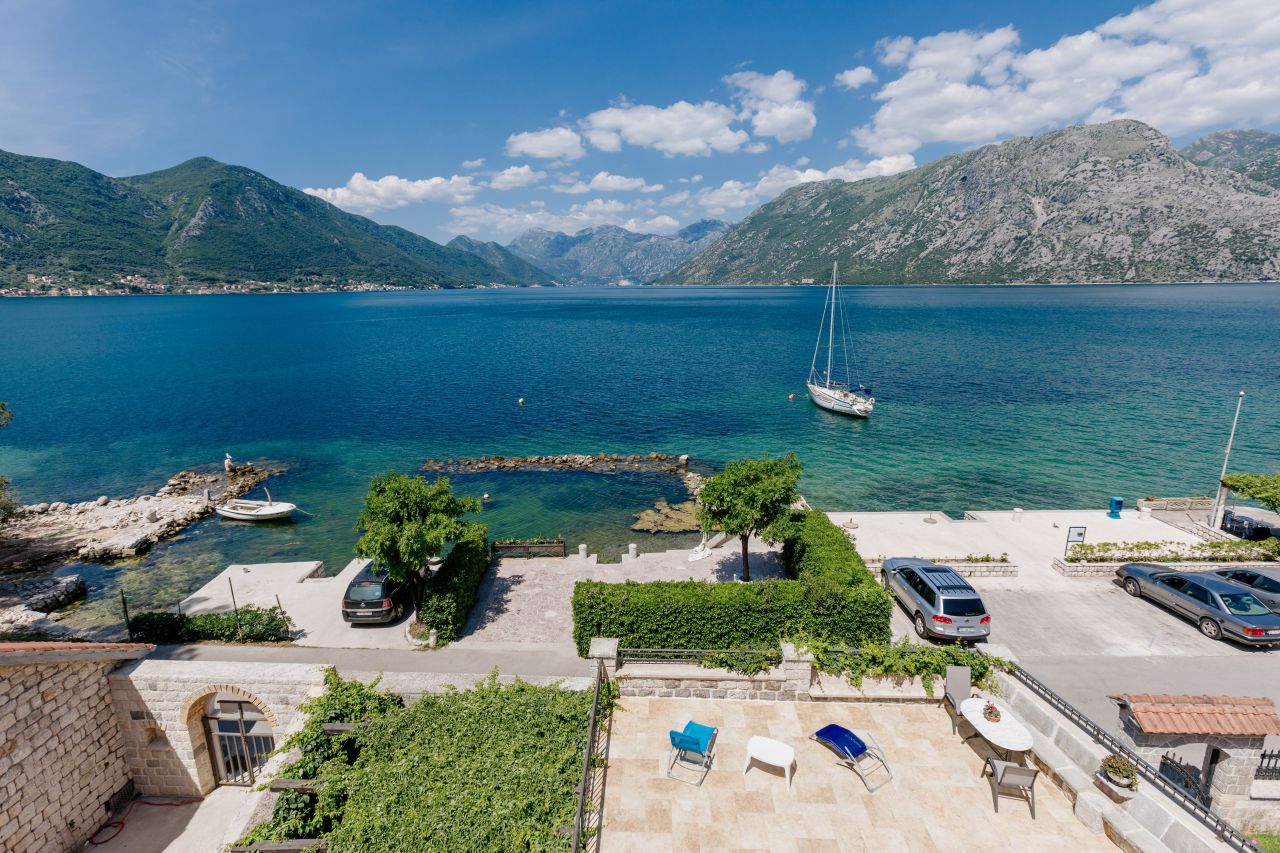 Most often in the water you have to dive directly from the pier, in rare cases, you can enter the sea on the stairs. The water here, though not perfect, but clean, without mud and algae. Local put on the concreted sections of sun loungers and enjoy the summer sun. Tourists take an example from them. Inventory must have its own, in extreme cases you can ask it from the owner of the housing that you rent.

Residents of Dobrota moor their yachts right at the shore. Almost all of them are rented out. If desired, you can ask the owner of the boat to ride you around, show secluded coves with beaches or simply arrange fishing with swimming in the open sea.