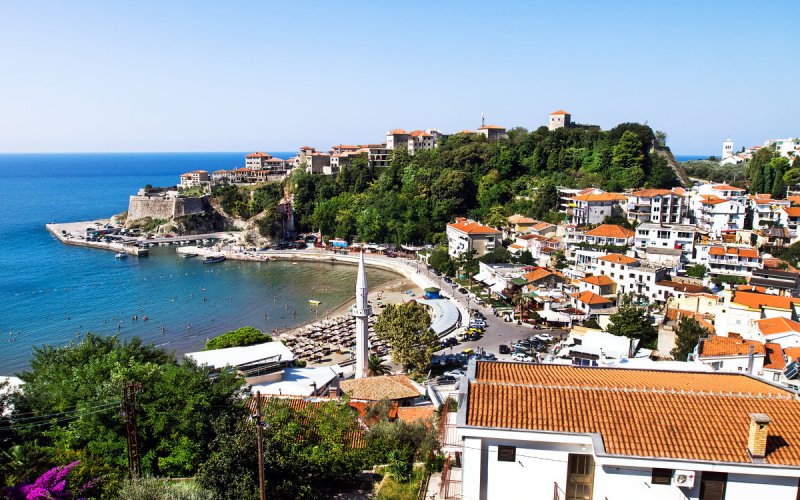 Ulcin is a Montenegrin city, which has gained considerable popularity due to its amazing nature, abundance of cultural attractions and a record amount of sunshine. Below, we will talk about this resort as much as possible.

Ulcin is located in the very south of Montenegro. It is located near the border with Albania. For one trip, many tourists combine visits to two European countries.

Travelers traveling to Ulcinj for holidays in Montenegro arrive at the airport in Tivat or Podgorica. Then they are transferred to the intercity bus, which goes to Ulcin via the Bar or Budva. Some get to the southern resort by taxi. This is more expensive than traveling by public transport. 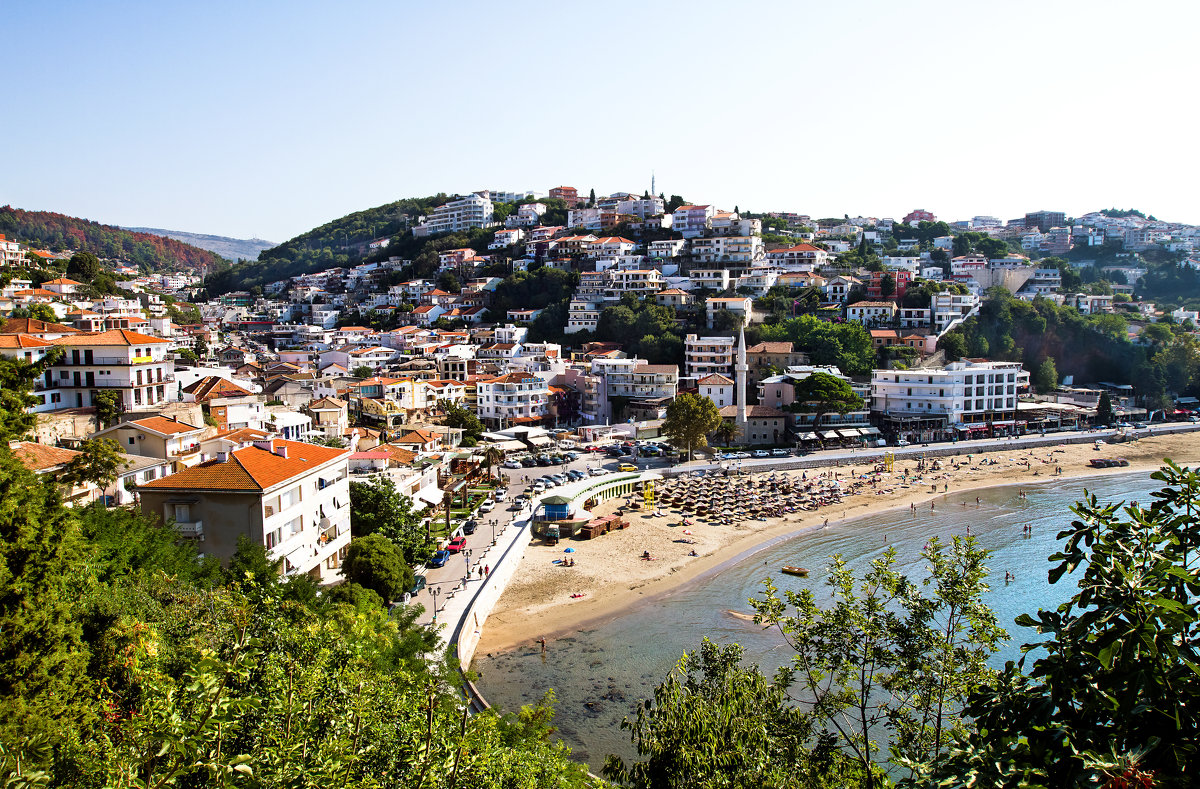 Beach vacation is one of the key reasons why tourists come to the south of Montenegro. Ulcin is washed by the Adriatic Sea. Due to the successful geographical location in this town, the warmest temperature of the water in the sea is observed. A record number of sunny days (there are 217 of them a year) makes Ulcin an even more popular place for swimming and recreation.

In the city of Ulcin is the largest beach on the entire Adriatic coast. It is called the Great Beach. The coastline extends for 13 km, and in width it reaches 60 m. The beach is covered with tiny sand, which is often used for medicinal purposes.

On the shores of the Great Beach, there are rental offices where you can rent a surfboard or swimming glasses with a snorkelling mask.

From Maly Plyazha there is a beautiful panorama to Ulcin. The beach itself stretches along the coast at 500 m. It is considered one of the most visited in the southern town. The bottom here is shallow, which children and their parents like.

Sand on the Small Beach has medicinal properties, and water contains a complex of minerals. This is useful for people suffering from rheumatism and respiratory diseases. 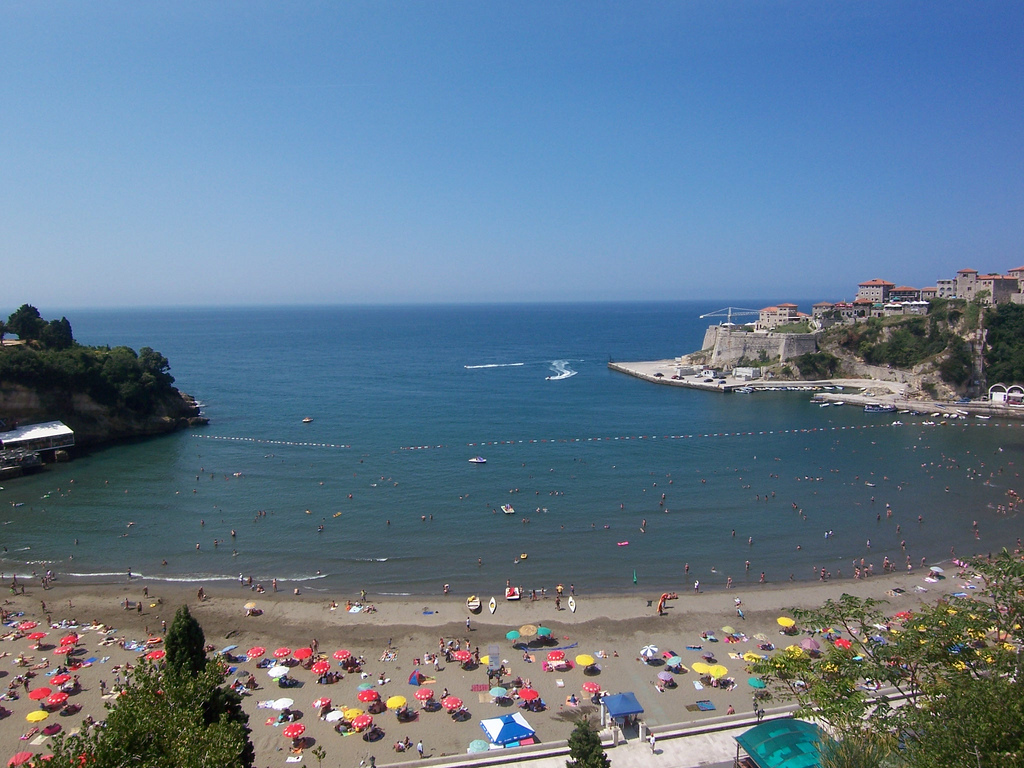 Other beaches of the town of Ulcin also deserve attention. Ada Boyana is not only a beach area, but also a whole nature reserve. For its purity, the Safari was marked by a blue flag. Valdanos is surrounded by olive groves. The rocky beach is covered with pebbles and is not quite comfortable for rest, however it is popular among fans of small places.

All the historical monuments of the resort of Ulcin are in the Old Town, which is considered its main attraction. In the upper part of the Old Town the Balsic Tower, built in the first half of the 12th century, was preserved. Once upon a time there lived Montenegrin rulers. Now in the Tower there is an art gallery.

Not far from the Balsic Tower is the local Archaeological Museum. It is located in the mosque church, which has now ceased its work. Its architecture is interesting in its own way. The museum exposition consists of archaeological finds that were made near Ulcin. Here you can see the exhibits relating to the Bronze Age, the Greek period, the Roman era.

The lower part of the Old Town is notable for slightly less popular historical buildings. Walking here, you can see the Palace of Venice, a couple of mosques, a local church and a clock tower.

Skadar Lake is a natural landmark near the town of Ulcin. Many travelers are eager to visit it, arriving in Montenegro.

On the western side, the lake is surrounded by the Dinaric upland. From its shores, wonderful views are opened. The mountains are especially beautiful on the soft sunrise or sunset.

Boats, boats, kayaks, yachts are riding around the Skadar Lake. You can take a water transport for hire or join a group excursion.

Representatives of the animal world live on the north side of the lake. More than 281 species of birds nest and winter here, some of which are considered rare. The connoisseurs of nature like to watch them.

The lake itself is perfect for a relaxing holiday and sightseeing of local attractions, many of which are right on its shore: monuments, churches, monasteries.