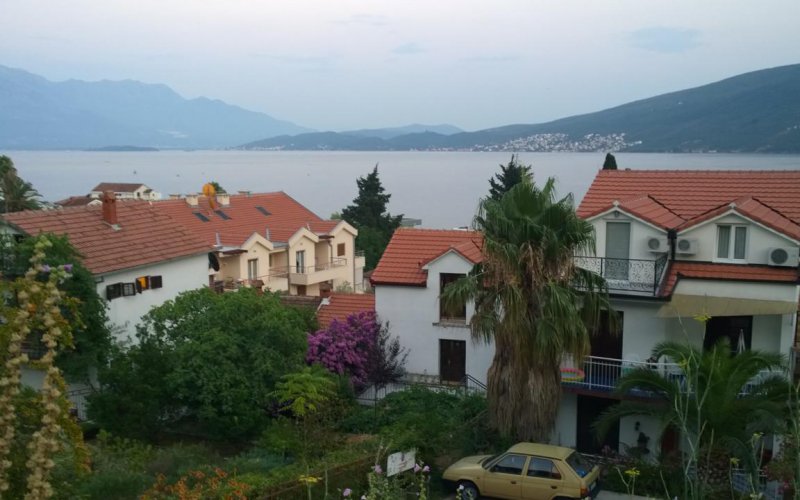 Djenovichi is a quiet and quiet town in Montenegro, not too frequented by tourists even in high season. The small popularity of Djenovici makes it an ideal place for those who want to really relax without spending energy on vanity and haste.

Djenovici is located on the shore of the Boka Kotorska Bay, 7 km from the resort of Herceg Novi. In the neighborhood with it are small towns Baoshichi and Kumbor.

In this part of Montenegro, the settlements follow one another without clear boundaries. For tourists, the coast turns into one continuous resort, built up by small houses and drowning in manicured gardens.

Djenovici is connected with Herceg Novi by bus, public transport between the two cities runs regularly. From this resort you can quickly get to Kotor, Dubrovik and Skadar Lake. 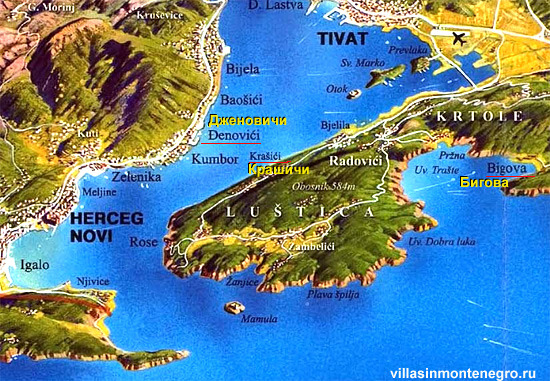 Previously, residents of the city were actively engaged in fishing and farming. Now most of the local population is engaged in the provision of tourist services, many work in the hotel business. A recent census showed that the population of Djenovici is only 1270 people - the average figure for the Montenegrin town.

Although Djenovici can not boast of a large size, it has all the amenities necessary for a comfortable stay. On the coastline stretches a string of hotels and guest houses, which are adjacent to restaurants, cafes, bars and shops.

Djenovichi is buried in mimosas, magnolias, citrus and olive trees. The indigenous people carefully monitor their flower beds and gardens. Spring and summer in the city is a beautiful scent of flowering vegetation.

The best offer for rent Djenovici

Blue Sea is a guest complex equipped according to modern standards of comfort and quality. Guests are accommodated in spacious rooms with a kitchen, separate living room and private bathroom. Each room has a TV, air conditioning and a dining area. Holidaymakers are provided with cutlery and bath accessories. The rooms are daily wet cleaning, staff regularly change bed linens and towels.

For recreation on the territory of the guest complex there is a garden with a huge terrace. In the garden are planted trees and flowers, carefully looked after. Blue Sea does not have its own swimming pool, but is only 350 m from the municipal beach.

Guests can use the shuttle service from and to the airport. It is worth negotiating with the administration in advance. Courteous and attentive staff also helps guests with car rental and booking tourist excursions. 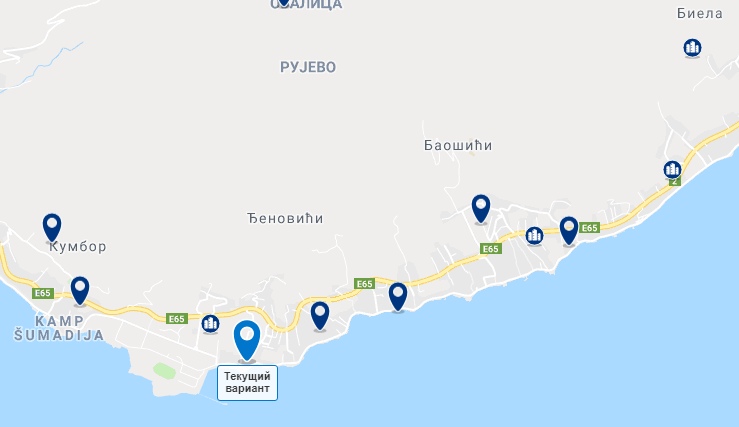 As part of an independent city tour, it is worth to visit the church of St. Spiridon, built in 1867. Once a week in the temple are arranged services, which sometimes come from the clergy of neighboring states. The church has a monument to the dead soldiers, also worthy of attention.

The church of St. Stephen is opened in Djenovici. It contains a rich collection of icons made by famous artists Georgi and Peter Rafailovich. The collection is a huge cultural and historical value for Montenegro. The temple itself was built in the XVIII century.

The ruins of St. Ilya's Church are on the town of Kom, in the suburb of Djenovici. Scientists say that the temple was built during the rule of Nemanjic, roughly in the 12th century. The architecture of the church is dominated by classical Romanesque elements.

The coast of the city is strewn with tiny coves that smoothly pass into pebble beaches. The main beach of Djenovichi stretches for 270 m in length. It is dominated by pebble and concreted areas.

Part of the coastal zone is at the disposal of local hotels. They offer vacationers additional services and charge for them a fee. To settle on your own rug, it is better to choose the municipal part of the beach.

On the territory of the beach Djenovici there is a guarded parking lot for cars. Numerous fish restaurants and cafes are nearby, food and other shops are located in the neighborhood.

During a walking walk through the city you can see several unequipped beach areas, where local people rest. Such beaches consist of concreted sections and are equipped only with stairs leading to the water. 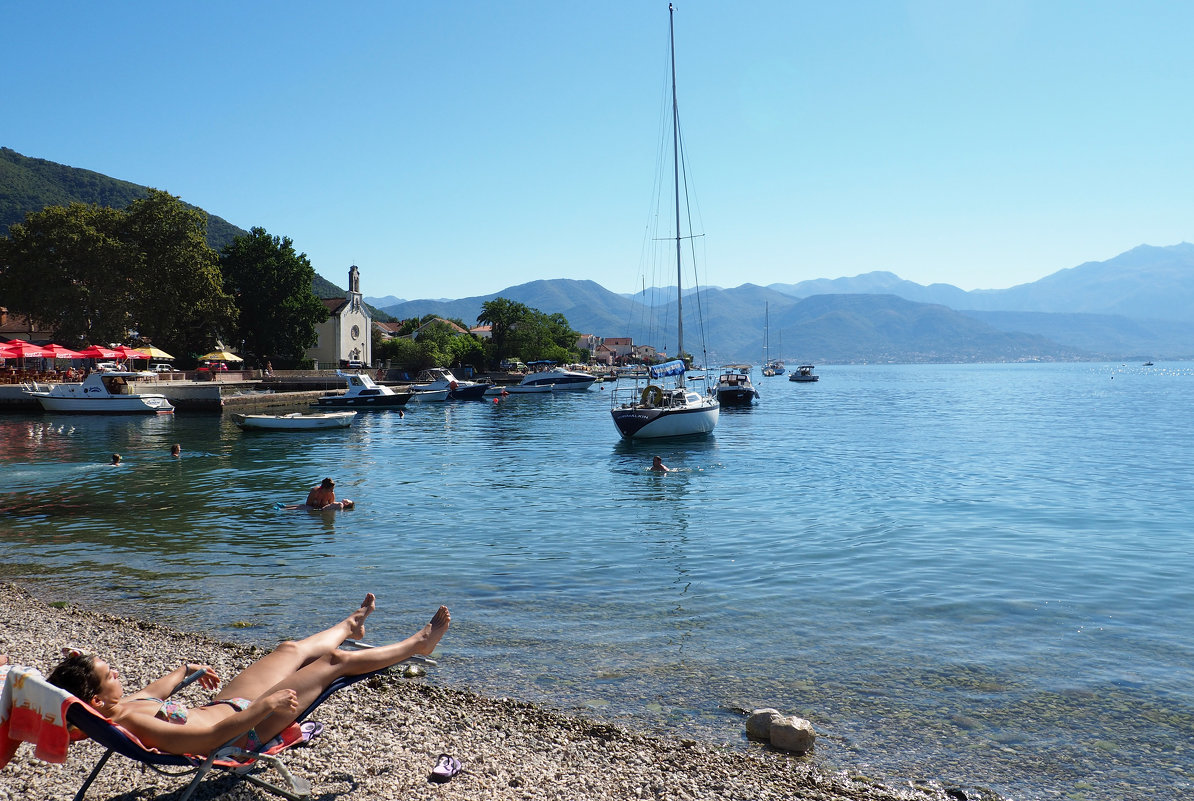 Every February in the area of ​​the city is the Mimoz festival. The festive event begins in Djenovici, but its main entertainment part takes place in the neighboring towns.

The festival has been held for the last 40 years and is of great importance for local residents. Now it is attended by Montenegrin and Western pop stars.

Sometimes the celebration takes a few days. Within the framework of the Mimoz festival it is customary to arrange wine tasting, fried fish and other local treats.