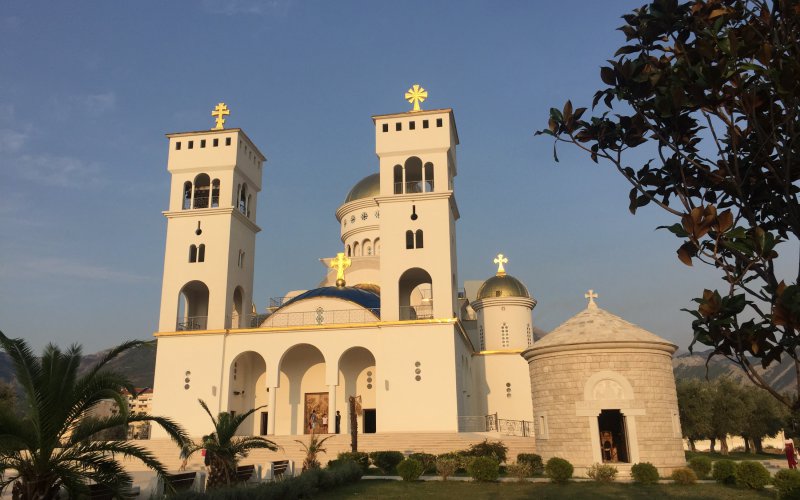 Bar is one of the major port cities of Montenegro.

This is where you can take a boat rental with which you can even swim to Italy. This place is also a very popular resort thanks to its numerous hotels and a variety of recreational activities for tourists. But the real interest here is the ancient Old town of Bar in Montenegro, situated about 4 kilometers in the south from the port.

Located at the foot of the mountains it consists of many ruins that remained from the early nineteenth century after the victory of Montenegro over the Turks and damaged after the earthquake of 1979. But even these remnants are still full of architectural wonders of the Byzantine, Venetian and Ottoman eras.

The City of Bar and its attractions

Bar is a city in southern Montenegro, located on the shores of the Adriatic Sea. The whole secret of his prosperity lies in a small shallow Bay of Kotor and close location to the sea. The sea port and tourism activities are the main driving forces of the economy in this region.

Bar is a thriving resort, and therefore has the appearance of a modern, dynamic city; its charm lies in its buildings and streets, which will appeal to lovers of architecture of the second half of 50-ies of the last century.

Also a Bar is the only city of Montenegro that is directly linked to Italy through the sea channel through which you can easily get to a neighboring country.

Well, the old town called Old Bar is a live testimony of the influences of various architectural styles existing in the past of Montenegro.

Bar is one of the main economic centers of Montenegro, famous for its historic sights, lush vegetation, sandy and pebble beaches.

The main historical place of the Old Bar was built in the 11th century at the foot of the mountain Rumija at the height of 110 meters above sea level. This place was the "heart and soul" of the Bar, from which the city grew down towards the sea. And although the old town was almost destroyed, you can see the remains of more than 240 buildings. You can visit an aqueduct built by the Turks, which stands on the road from the old town down to the new part of the city and make a picturesque photo on the background of Bar in Montenegro.

In the new part of the Bar the Main attraction is the King Nikola's Palace built in the fifteenth century. It was a present from the King Nikola to his daughter and his son-in-law. It consists of large and small palaces, chapels, guard house and winter garden. Now it is a Museum where you can see all types of archaeological, historical and ethnographic artifacts.

Bar is also known for its olive groves. Here you can visit the old olive tree of Mirovica, presumably dating back more than 2,000 years and is considered as Europe's oldest olive tree. Incredibly, the tree still growing fruit! The city bar is one of the most important centers for the production of Montenegrin olive oil. Therefore, many festivals organized in the city are connected with the theme of "olives".

An interesting adventure might be a diving in the Bay of Kotor. Through immersion you can see the sunken ships that were destroyed, but they were left here in the water. For example, the ship of the king Nikola Austrian or torpedo boat of the German cruiser Forverc.

One of the delights is the shopping. City’s close links with Italy contributed to the fact that in the Bar there are many branded stores that offer at attractive prices things of the famous Italian fashion brands. Shopping is especially popular in the Bar in the off-season, when there is a big sale.

Bar is the place where you can find everything for unforgettable and restful, but not boring holiday.

Are you going to go to the Bar in June or July? Well, take then with you not too heavy outfits, as the average temperature at this time is approximately 19-25 degrees. However, it is also recommended to pack in the suitcase an umbrella, as there is a 20% chance that it will rain. But in a Bar the rainiest month is November. We recommend you to go to the Bar in August, as the warmest and driest month of the year: on average, the thermometer shows 26 to 27 degrees above zero. As this is hard enough sunny place with high UV index of radiation, it is advisable to bring protective creams and a hat. Although in general the climate is characterized as moderate and warm, even in winter, in the coldest month January the temperature does not drop below nine degrees.

The cuisine of this region has been influenced by Latin culture. In the Bar the food is often prepared, mostly, from seafood, fish and crustaceans, which are usually served with hot toast. As a rule, first dish is the soup, and then the cooked whole fish is served. Traditional regional drink is a type of grape brandy called "Rakia".

Where to stay in the Bar?

Due to its location at the shores of the Adriatic Sea, Montenegro Bar has a privileged position among other cities. Its appearance charms many tourists and vacationers. To accommodate its travelers there is a large number of hotels in the Bar where you can find rooms at affordable prices. The price ranges from 20 euros to 150 euros per night, you can find from cheap hostels for a limited budget to luxurious hotels for luxury holidays. For example, the Villa Adriatica in the Bar is one of those 2-star budget hotels , which according to numerous reviews on Montenegro, particularly on the Bar, corresponds to the ratio quality-price in the best way. To stay in a more sophisticated level, you can request a room in one of the 5-star hotels, like the Best Western Diamond Bar or Hotel Diamond Bar.