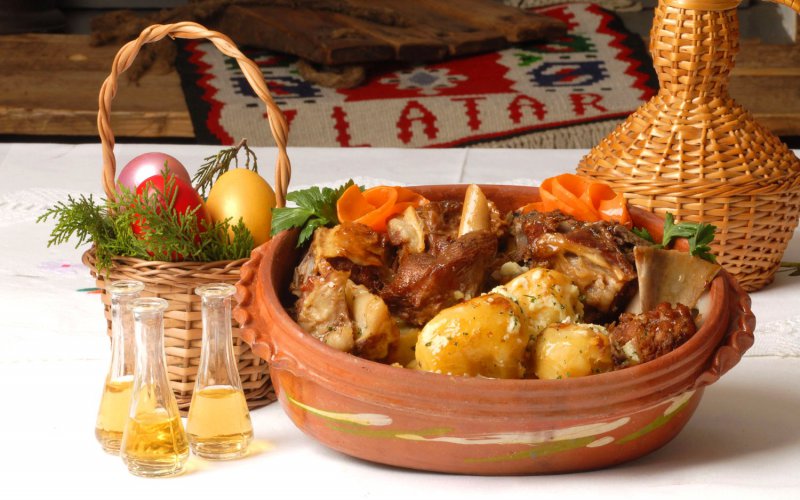 The cuisine of Montenegro is what every tourist strives to meet, who has come to rest in this country. Local dishes are liked by lovers of meat, cheese, dairy products and desserts. Below we will talk about Montenegrin cuisine in general and focus on every national dish.

The cuisine of Montenegro was formed under the influence of Mediterranean, Turkish, Italian and Austrian traditions. Almost all national dishes are prepared according to old recipes, time-tested.

Montenegrins like natural food. The land here is fertile, it is practically not fertilized. Cattle graze in ecologically safe areas. That is why most of the diet of local residents are products grown in natural conditions.

In Montenegrin cafes and restaurants it is customary to serve large portions of food. Because of the high caloric content, the food here is very satisfying. If you order a dish, rest assured that you will not remain hungry after a meal. 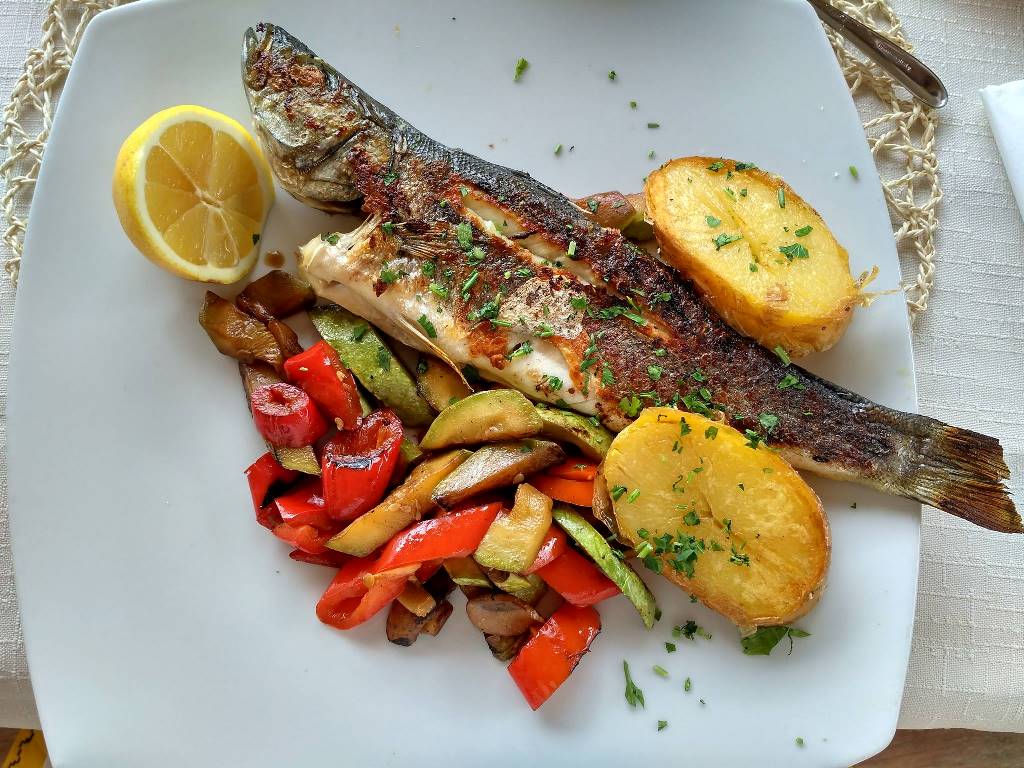 Chorba - rich soup, partly reminiscent of the usual ragout. Chorba is made from meat, fish, vegetables and noodles. A specific set of ingredients depends on the region.

On coastal resorts, instead of meat, fish and seafood are used. As a result, the dish turns out to be more easy. Chorbus is often supplemented with nettles, which gives it its own distinctiveness.

In the northern regions of the country, meat is used to make chorba. Sometimes it is replaced by several varieties of sea fish. Fully prepared dish is sprinkled with spices.

Pear is prepared from dried beef or pork ham. Meat is cut into thin slices and served as a snack.

Sometimes prshut add to other foods. Puneni razhnichi - pieces of tender meat wrapped in prshut. For filing, they string on skewers.

The best proshot in Montenegro is prepared in the village of Negushi. It can be bought in the form of slicing or a single piece, but it will necessarily be with a bone. Pryschut is often brought home as a Montenegrin souvenir. 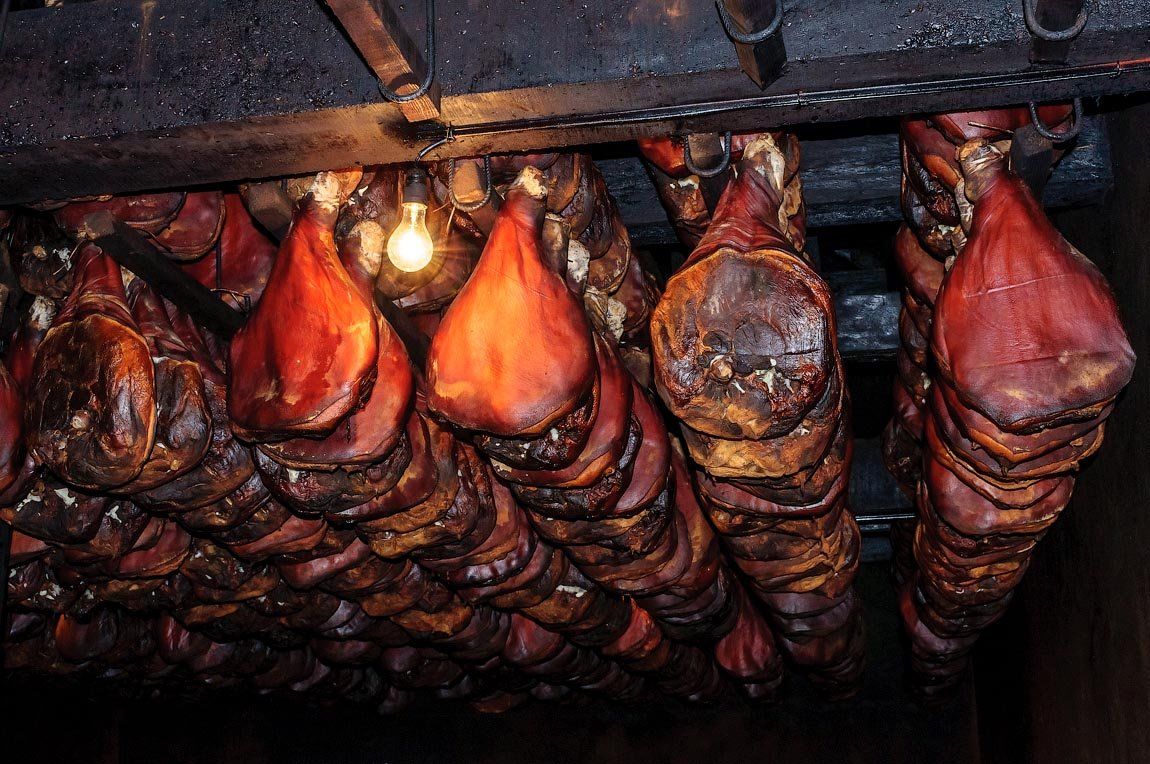 Chevapchichi - fried cutlets, prepared from well-ground meat. Their taste is supplemented with seasonings and onions. Such a dish is served with bread.

Pleskavitsa - a large flat cutlet, cooked on the grill. It can be ordinary, gourmet or stuffed.

Both dishes can be tasted together by selecting meso-cold cuts from the menu.

Lamb under the sauce is a real delicacy. The meat of a young lamb is put in a cast iron vessel and covered with a lid, and then it is covered with coals.

Sometimes other meat is used instead of lamb. It can be lamb or veal. The dish is often supplemented with vegetables: potatoes, carrots, peppers.

The best meat under the sauce is cooked in small family taverns in the north of the country. In the coastal resorts it is also served, however experts in Montenegrin cuisine note a strong difference in tastes. 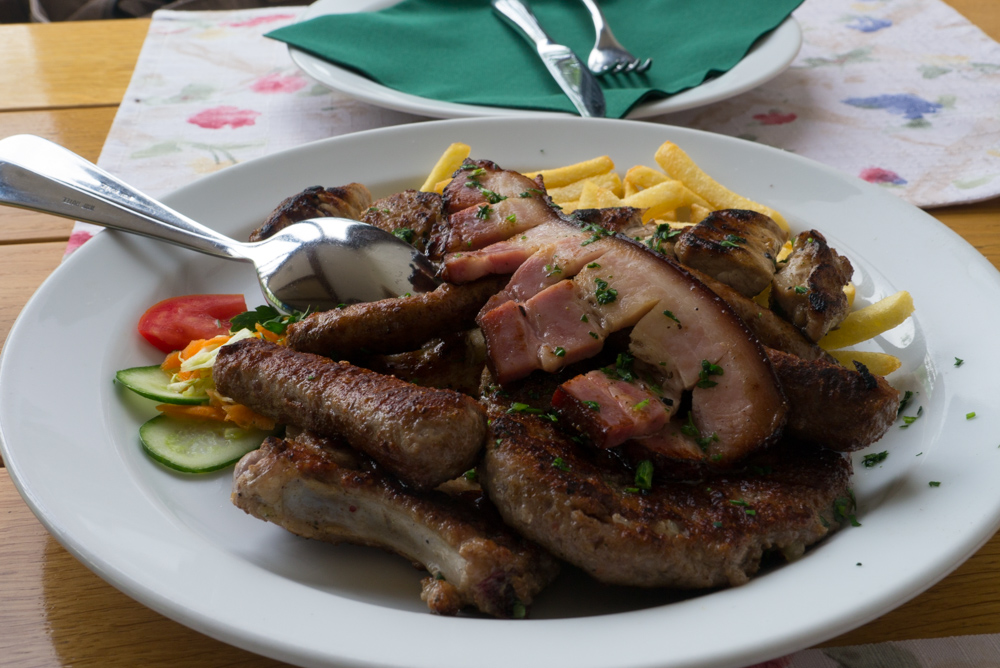 Kaimak is a sour milk product, very similar to sour cream. It tastes slightly tart. Kaymak is made from milk. Within 3 hours it is heated in the oven, and then it goes to cool. Then the top layer is removed and salted. The result is a delicious and satisfying kaimak. This product is often used for cooking meat dishes. Thanks to him lamb becomes more juicy and soft.

The indigenous people like to eat chizvara for breakfast. Visually, it resembles a thick porridge. To prepare the tsitsvara, the young cheese is mixed with corn flour. Both ingredients are put on fire and boiled. To ensure that the tsitsvara is a success, during preparation it must be thoroughly stirred. Good tsitsvara served without lumps. It easily separates from the vessel.

The popar is prepared from hardened bread, into which dairy products are added. Among them, cheese is necessarily present. A ready-made couple is eaten with curdled milk. It is with her dish served in most local institutions. Olives perfectly emphasize the tender taste of the pair.

Montenegro is the birthplace of some popular cheeses abroad. Most often they are cooked here in homemade cheesemakers from goat or sheep's milk.

The Negush cheese is something that must definitely be tried in Montenegro. To taste it is similar to cheese, only a few times prettier. 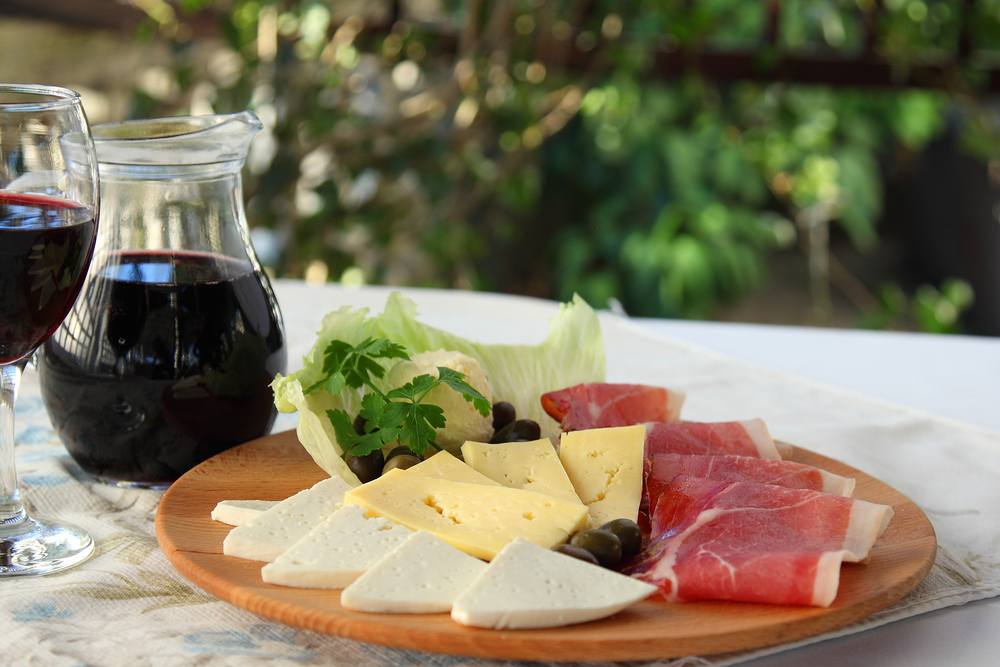 Palachinka - a huge pancake stuffed. It is wrapped in cream, chocolate or jam. The dessert is served in the form of a tube.

Pahvala is prepared from thin dough, butter, nuts and raisins. From above it is poured with honey or jam. Sometimes dessert is supplemented with chocolate.

Tulumba - pieces of ordinary dough soaked in syrup. They are prepared in deep-fried, because of what they turn out to be crispy and tender.

Desserts are accepted to wash down coffee in Turkish. Sugar is added to it before cooking. This should be remembered by ordering an already sweet drink.