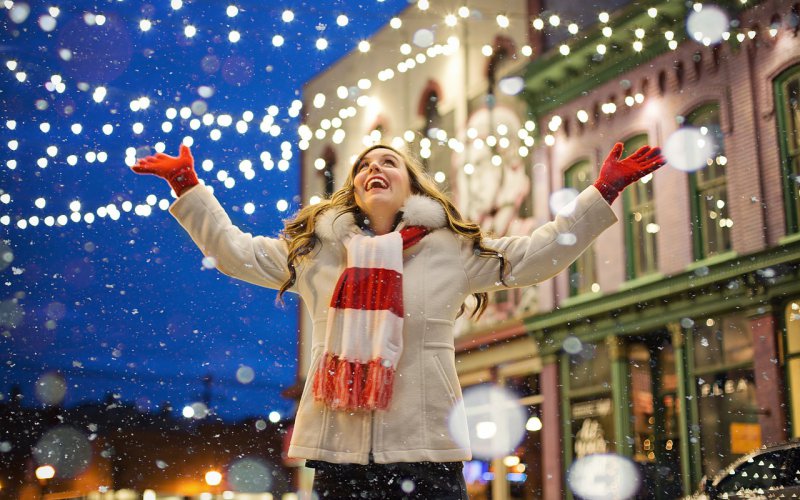 Montenegrin's are very religious people. All Church holidays they celebrate more cheerfully and more interesting than the rest. Religion here is considered a national holiday. One of the main religious holidays in the country is Orthodox Christmas, it is called božić in Montenegro. Celebrate it on 7 January and called the main family holiday.

Christmas eve “Badnidan”, celebrated on January 6, precedes this holiday. The day begins with the fact that the head of the family with his older son needs to go to the forest for extraction of badnjak is the Yule log. On their hike in the woods, they should notify the rest of the shots from a gun.

The ancient ritual of making a log is very interesting. After the prayer, the head of the family three blows of the axes should chop down a tree. To make more than three attacks is prohibited. On his shoulders he must carry the wood to the house. In the hearth, the log should traditionally burn for three days. In modern dwellings there are no pockets and the log was replaced by a bunch of branches made of oak. After Christmas these ligaments can be seen in different places tied on the fence or on the car.

In the old days, the remaining houses of the family members were fried on a spit Christmas pig-liver, fattened specially for the holiday. Each family at the gala dinner, baked a cake and other treats. Christmas eve dinner was prepared lean and sleep in the evening went to bed early.

According to ancient traditions, in the morning of Christmas the whole family gets up early, washes only with ice water and dress up in festive clothes, after which everyone goes to Church, hearing the bells ringing. After the Church service Montenegrin's go home and set a festive table.

Begin to celebrate by drinking first a glass of rakish and eating dried fruits. Christmas lunch will start only when to come to the house a very important and respected by all people, which in Montenegro is called “polozani”. He is considered a symbol of the Magi, who came to bow to the newborn Jesus. Entering the house, he should burn in the hearth a branch from bodnjak, so to get as many sparks, they symbolize happiness and prosperity in the coming year. 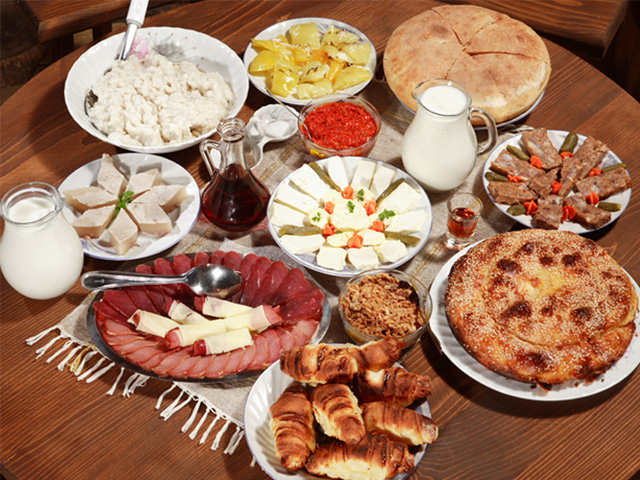 After this, all took places at the table, the owner makes pechenitsa and it is served pickled and braised cabbage, prebranac that the mistress made from stewed beans and other delicious food. From the liver first take out the heart and divide between family members.

An important rite of passage at this dinner is the cutting of the Christmas cake, cooked from fresh dough. When, preparing a cake in it put a coin. In the middle of doing a cross-shaped incision and back filled with wine. Then the cake is divided into all those present at the table. The one who gets a piece of cake with a coin, according to ancient belief, will be happy all year.

In the old days in the city streets organized a fun celebration, played music, burning colored garlands. Now the holiday is limited to a family celebration, a visit to a cafe or restaurant with close friends. In Montenegro, Christmas is celebrated better than the new year, but only in Orthodox families.

If you have a desire to plunge into the old days and see Christmas in all its glory, then go to the countryside of Montenegro, where all the rituals and traditions are observed better than in the city.