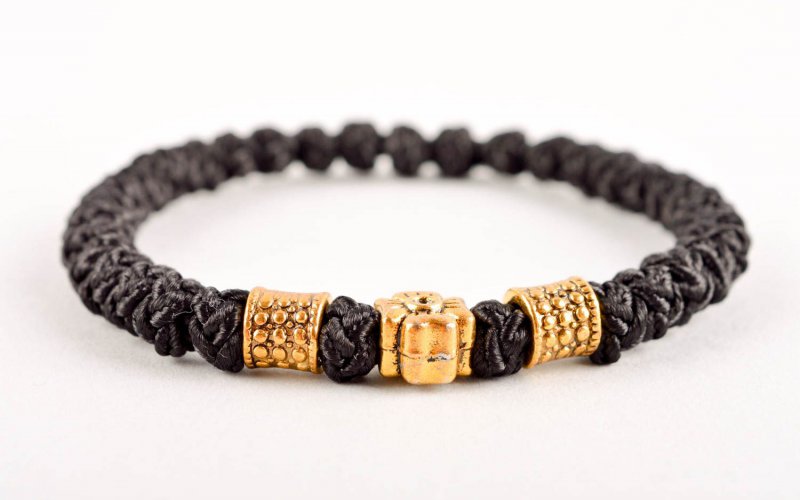 Broyanitsa is a bracelet that is considered a religious symbol in Montenegro. Local residents actively wear it as a sign of their religious affiliation. Tourists, vacationers in this country, often bring the broth home as a souvenir.

The word Broyanitsa (stress is put on the second syllable) is translated as "abacus" or, as we call it, "rosary." From the usual rosary, the armor differs in that it is woven from wool. For its production, sheep wool is traditionally used.

Each knot of the brogue represents 7 intertwined crosses. In the standard decoration, worn on the hand, there are 33. There are broads that are worn around the neck. They consist of 50, 100 and even 300 small nodules.

The ends of the armor are fastened with a cross made of wood or plastic. Only occasionally, precious metals are used as a connecting material.

The brothel is sold in several colors. Each has its own meaning. Black bracelet denotes detachment and ascetic lifestyle, white - innocence and purity. The blue amulet protects against stress and absent-mindedness, and red protects from the evil eye. 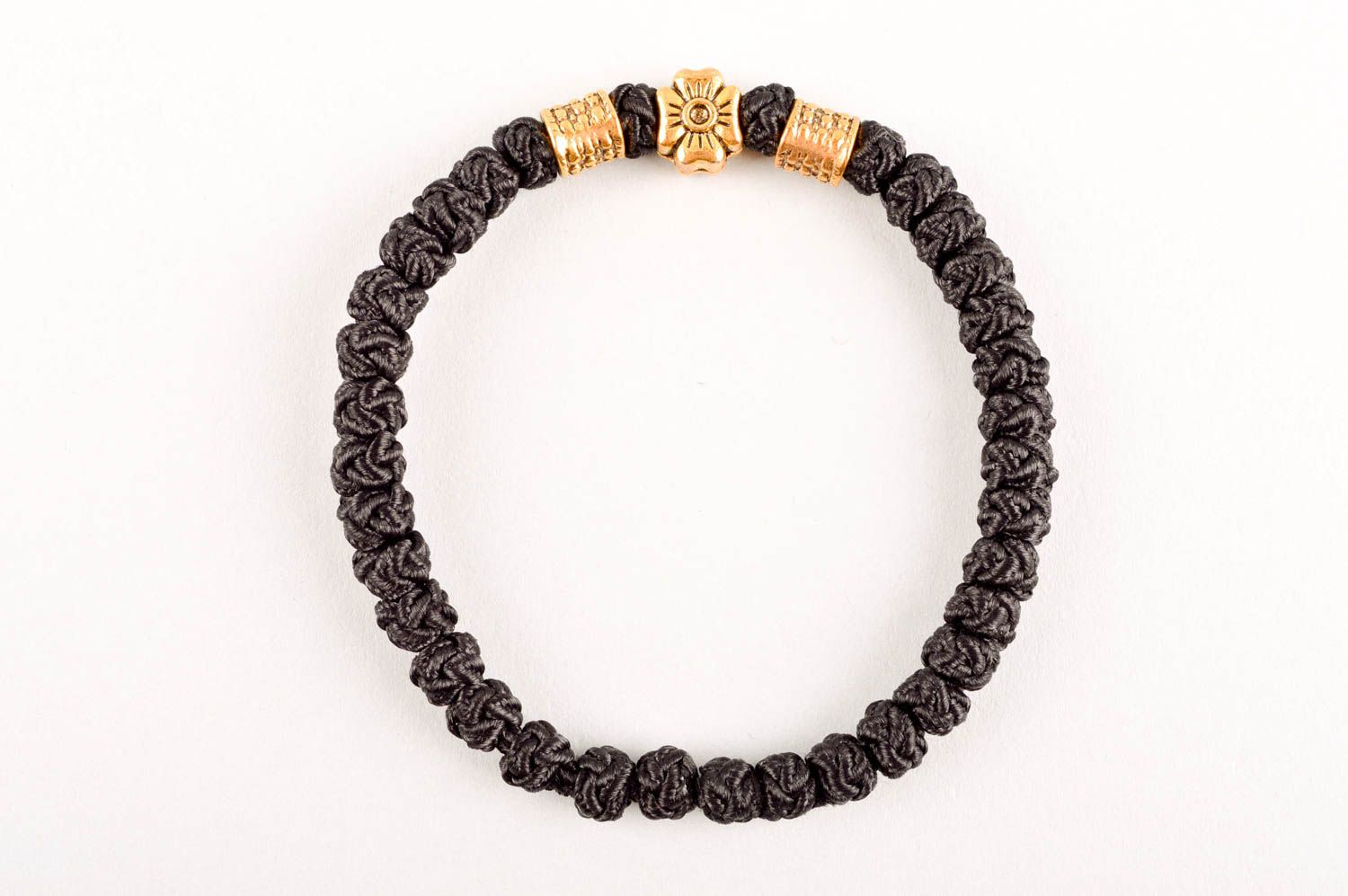 According to the legend, a monk was invented by a monk. He had many positive features: he liked to work, respected other people and helped the needy.

The monk was a true believer and often visited the church. During the services, he could not concentrate and constantly forgot how many prayers he had already read. To solve this problem, the monk invented an armor, consisting of many nodules. He began to use them as accounts.

Now the monk was waiting for a new difficulty: during the prayers, the devil began to come to him and deliberately untangled the nodules. This brought the believer down from the account. Once an angel dreamed of a monk, prompting him a reliable way of weaving. It is still used, and the knots of the broth are considered to be the strongest in the world.

Brothers have long been used to protect. The tradition of wearing amulets comes from Christian mythology and the Slavic tradition. Once Slavs wore a thread woven from the wool on the wrist of their child. Almost always it was a red thread - a solar symbol.

Now religious bracelets are worn not only by Montenegrins, but also by believing Serbs, Bulgarians, Macedonians, Greeks. Broyanitsa is popular in all Balkan countries, professing Christianity.

Wearing an armor in Montenegro can be compared with wearing a cross in our country. Despite the fact that this amulet is a religious symbol, young people often wear it as an accessory.

Believers Montenegrins believe that the armor protects them from adversity, and therefore practically do not remove it. The amulet is always worn on the left hand. Every year the faithful Montenegrin visits Ostrog Monastery, in which he leaves his old amulet and buys a new one. It is believed that for a year the bracelet loses its force.

The brothard is used during prayers. Believers believe that its presence allows them to reach the maximum degree of concentration. Knotting knots also help Montenegrins count the number of prayers read. During the service, they hold the bracelet in their left hand, and the right ones are baptized. 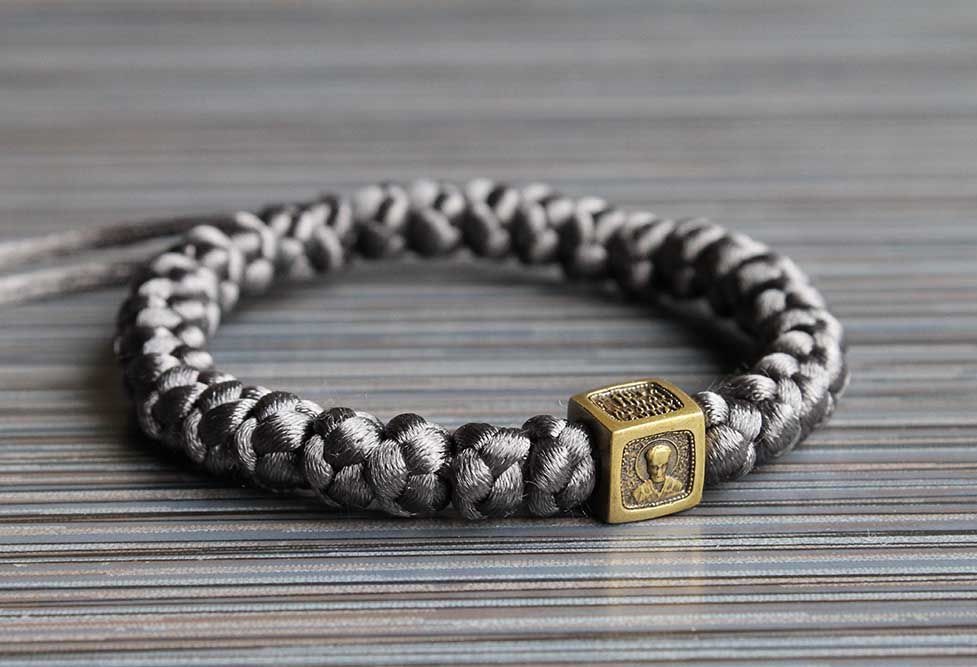 The acquisition of a brothel for resale in Montenegro is considered a grave sin. Bracelet can be bought either for yourself or for another person.

It is noteworthy that, most often, they give a brothel. Presenting an amulet to your loved one, you make him a great gift. You show your concern for him and his well-being, express respect and respect.

Tourists often bring a brothel to their loved ones. You can buy it either in a monastery or in a souvenir shop. The brothards, which are sold in the temples, are woven by monks.

The average price of a brothel is 2 euros. Bracelets with inserts of silver and gold are several times more expensive. Find them on sale is difficult. The cheapest thing is to get around standard brothels from souvenir shops.