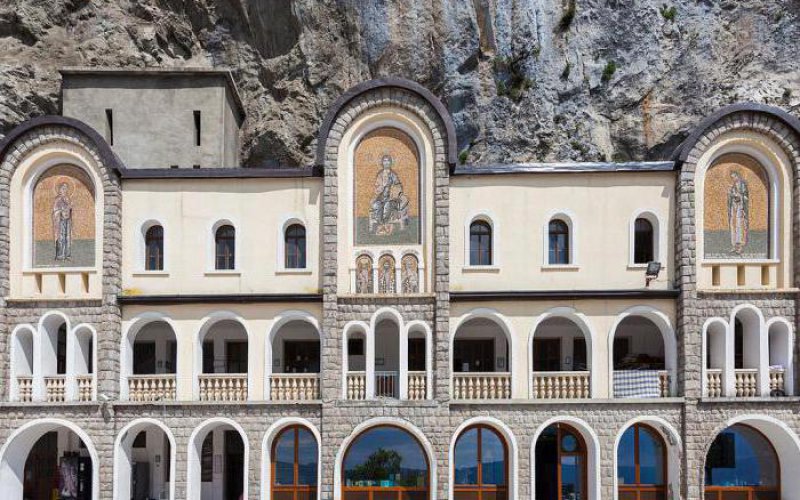 The Church of St. Basil of Ostrog in Montenegro is among the most visited sights of the country. It is actively come here not only tourists, but also indigenous people. It is in Ostrog that the Montenegrins baptize children and receive their first braids. Many of those who visited the monastery of Vasily Ostrozhsky at least once in his life, believe that he protects them from ravages for the rest of his life.

Ostrog is located 8 km from the road that connects Podgorica and Nikshich. The religious building is located directly at the city of Danilovgrad. The monastery is erected in a mountainous area, at the foot of the Ostroh ridge, at an altitude of 1000 m above sea level.

You can get to the monastery of Vasily Ostrozhsky either independently or as part of an excursion group. If you intend to go on a trip by car, it is important to keep in mind that a narrow mountain road leads to Ostroh. It is overcome only by experienced drivers.

Once upon a time in caves near the current monastery lived hermits, who adhered to the ascetic way of life. At the end of the 18th century, near the mountain, where the believers lived, they built a church. He was called Ostrog.

This Montenegrin church is closely connected with the life of Vasily Ostrozhsky, who gained fame far beyond his native country. In the childhood of the future, the bishop was sent to the monastery to study, after which he took monastic vows. 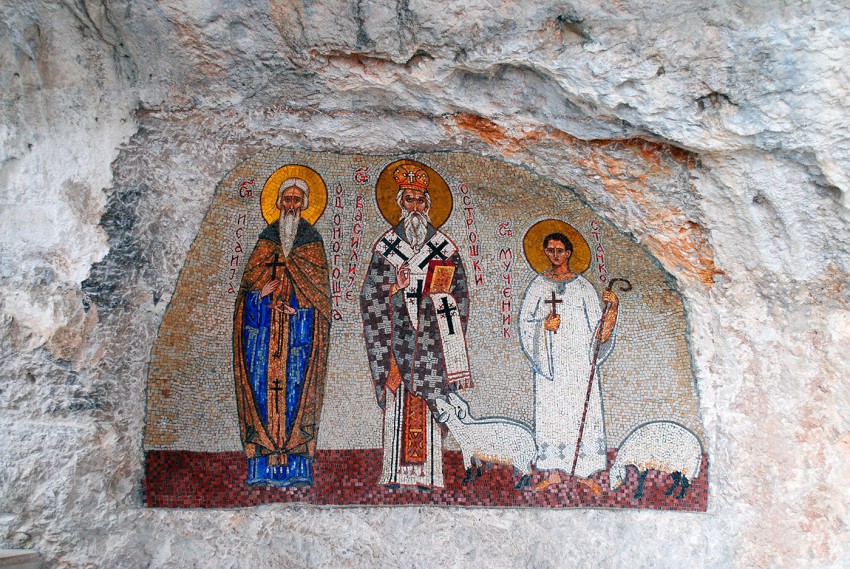 When the Turks began to attack Christians, Vasily Ostrozhsky tried his best to correct the difficult situation. He several times asked for help from the Vatican, restored the temples and built new religious buildings on his own resources.

Because of the increased Turkish oppression, the monk was forced to go to the caves near Ostrog. The relics of Vasily Ostrozhsky are now kept in the monastery, and on April 29, the day of his memory is celebrated.

Monastery complex Ostrog consists of the upper and lower parts. They are connected to each other by a forest road, which extends for 5 km. To get from one part of the monastery to another, believers need about 20 minutes.

The lower monastery was erected in the XIX century. It includes the Church of the Holy Trinity and the cells in which the monks live. In the temple you can see the relics of the martyr Stanko - a young Serbian boy, brutally murdered by the Turks for his unshakable faith.

The lower part of the monastery complex was destroyed several times by invaders, after which it was repeatedly restored. Once there worked another church. Her remains are visible near the monastery cemetery. 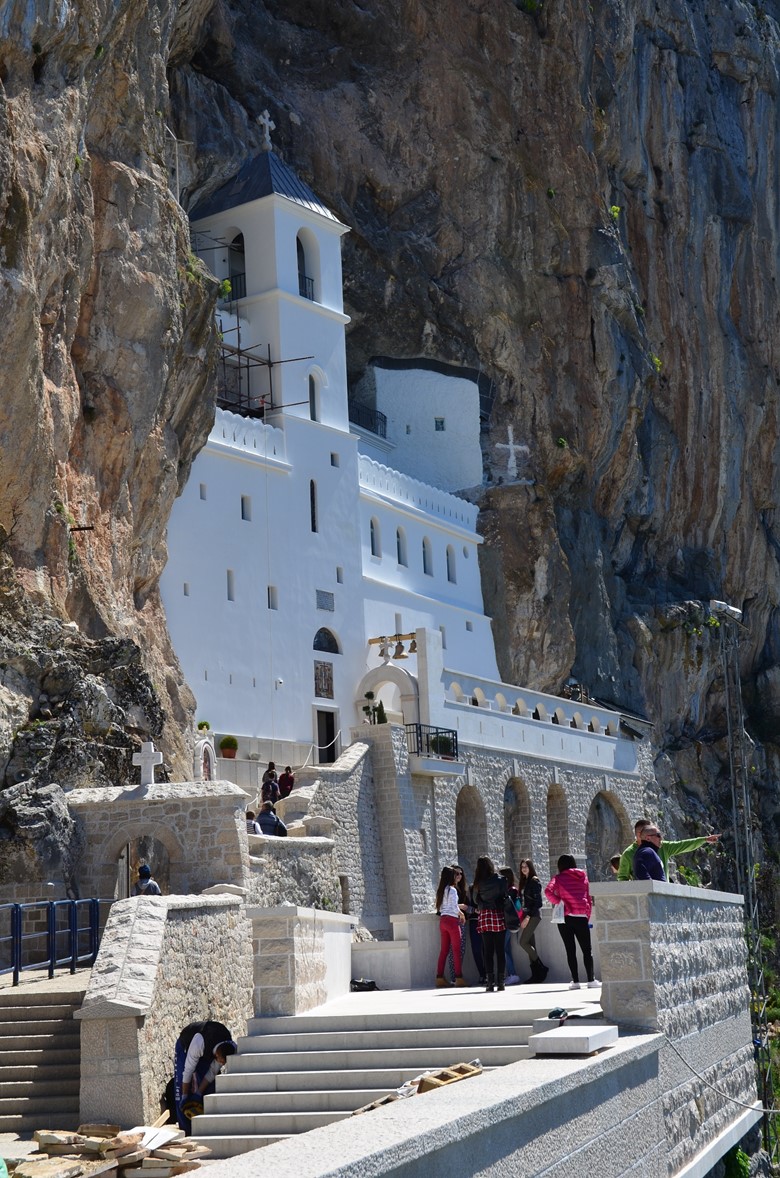 The upper part of the monastery is in a picturesque rocky terrain. From its height comes a wonderful view of the nearby valley and mountains. There are two churches: Krestovozdvizhenskaya and Vvedenskaya.

The Vvedenskaya church is a tiny building in which Vasily Ostrozhsky spent about 15 years of his life praying and repenting. Here he was buried. Believers attribute to the relics of Saint miracle-working properties, and the monastic book keeps hundreds of records about the mental and physical healings that occurred after visiting this part of the monastery.

Coming to the Vvedensky Church, it is important to keep in mind that it almost always generates large queues, and time for a full-fledged inspection of this religious place is not always enough. At the entrance to the temple it is important to bend your head. This will help to avoid injuries, because the church is quite low ceilings.

In the Vvedenskaya church it is customary to make up your own cherished desires. Many write them on leaflets, and then they pass on the monk. Someone addresses their requests directly to the remains of St. Basil of Ostrog. The Orthodox believe that he fulfills every desire.

Candles are sold in the church shop, which is located directly at the Holy Cross Church. They are put in boxes of water. Sand is used for fixing. In the church shop you can buy not only candles, but also souvenirs: brothlets, icons, pendants with photographs of the monastery complex, etc.