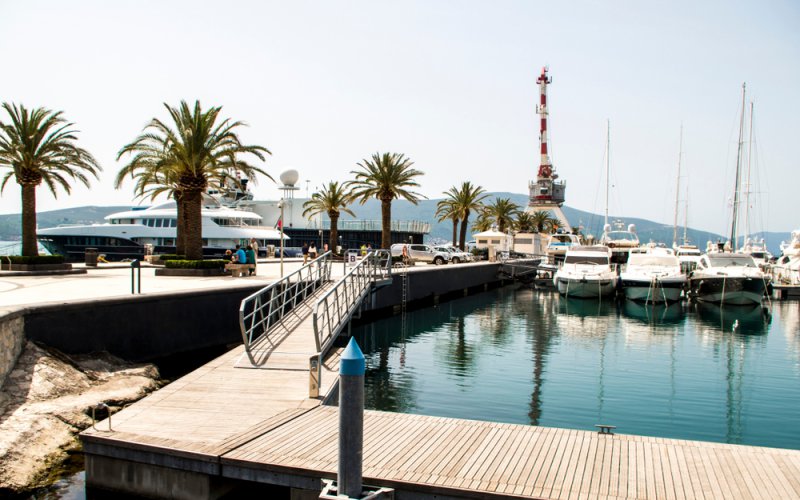 Tivat - a small Montenegrin resort port town, located near the Boka Bay. It is remarkable for its picturesqueness. From all sides the town is surrounded by a huge park filled with imaginative vegetation. Tivat owes its exotic greenery to local sailors, who imported seeds and seedlings of plants from different continents. It is noteworthy that in the common people Tivat is called the air Montenegrin gates, since the international airport is located 5 kilometers away from it.

Named paradise was in honor of Teuta, the legendary Queen Illyria, who was very fond of visiting these places. Since its foundation, Tivat has been famous for its huge salt deposits, so it is still possible to find operating saltworks on its territory.

In the Middle Ages noblemen and grandees came here to pass the hot summer months. Currently, Tivat is included in all lists of the best Mediterranean resorts.

Holidays in the warm Tivat

Three kilometers from Tivat is the popular beach complex Opatovo, its length is about 200 meters. The territory is divided into two independent parts by means of a lighthouse. Opatovo has all kinds of catering establishments, necessary beach equipment, locker rooms, parking spaces - everything you need for a comfortable stay in Tivat.

One and a half kilometers from the town there is another beach - Donja Lastva. It is famous for its soft golden sand and clear sea water. The area is 1 square kilometer.

In addition to the beaches during the holidays in Tivat, it is recommended to visit the majestic church temples, which were built in the Middle Ages. Churches are monuments of the history of ancient Romans and Byzantines. 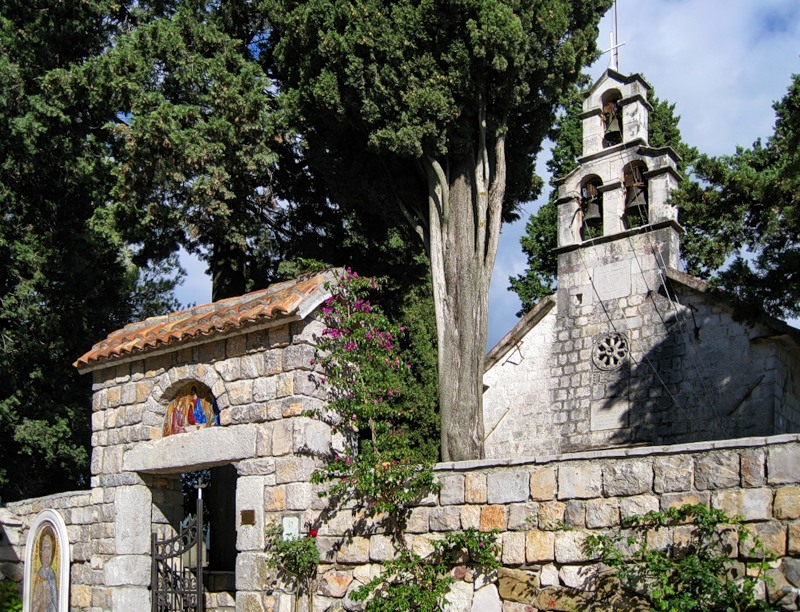 Near Tivat is a tiny archipelago. On one of the islands included in it, the island of flowers (or the island of Prevlaka) one can see the ruins left from the ancient monastery of St. Michael that was built in the 9th century.

In the center of Tivat itself you can visit the summer house Buche, against which millions of tourists dream to be photographed, or a local theater that opens a special summer season. However, the main pride of the town is the Botanical Garden.

Active rest in Tivat is represented by water skiing and diving. Most often, diving centers are organized by local hotel management. Also, you can purchase an excursion bike or hiking tour to the mountains. 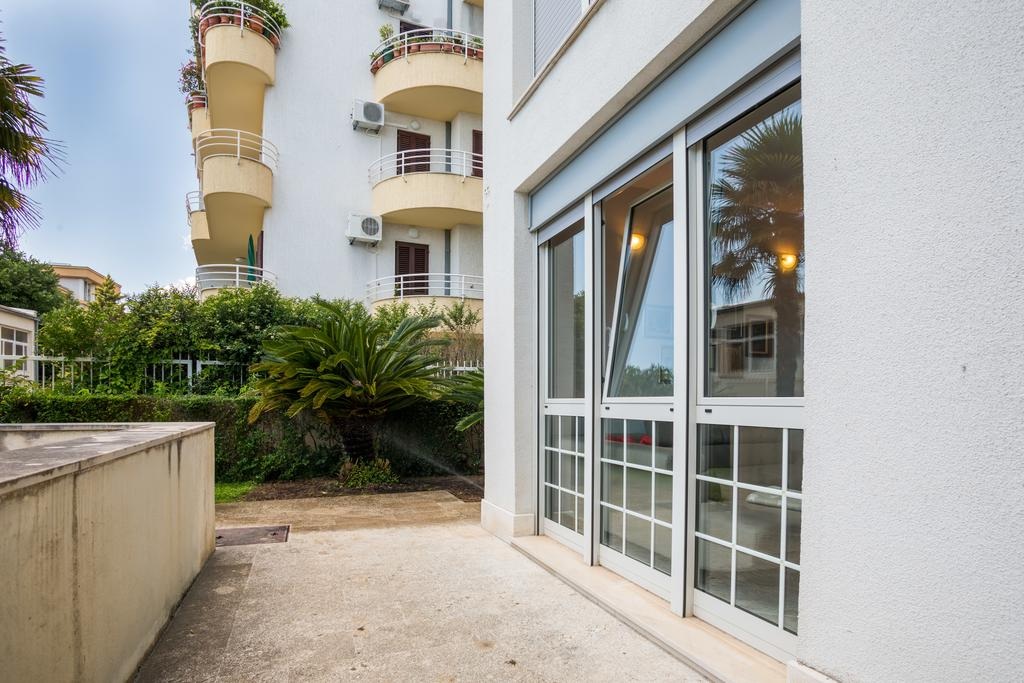 A tourist who has just arrived in the city will be able to choose the resort accommodation to his taste without any problems. Hotels in Tivat offer rooms of different price segments: from luxury suites to modest but cozy at budget prices. You can determine the number directly on the spot, but it is advisable to pre-book it online, because there may be a large influx of people, and then finding a free room will not be so easy. One of the most budgetary are the following hotel complexes:

Most hotels in Tivat offer their guests breakfast, lunch and dinner on their premises, but you have the right to refuse them if you plan to eat at local cafes and restaurants. Here, tourists are given complete freedom.