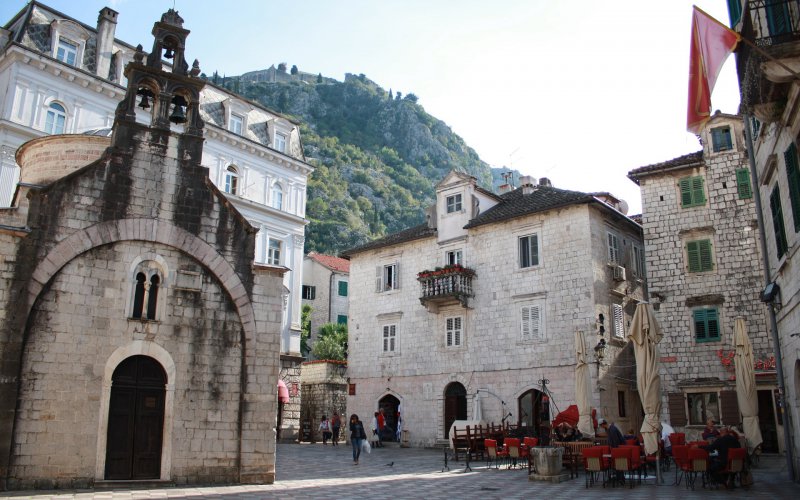 Saint Trifon's cathedral – the main sight of Montenegro Catholics. Real pearl of old Kotor and all Adriatic Riviera. Is under protection of UNESCO and enters the list of the world cultural heritage of mankind. At the bottom of a mountain chain, in an old part of Kotor Cathedral towers soar up up, keeping many Christian shrines in the ancient walls.

The cathedral is a monument of the Romance-Byzantine architecture. Often being exposed to destructions at the expense of frequent earthquakes, many parts of the building have superstructures, and include lines of later architectural styles. The earthquake of 1667 was the strongest and catastrophic for the building. Then the main bash strongly suffered and were almost razed to the ground. In lack of funds for recovery, the building of the temple was under construction not evenly and gradually. Therefore towers considerably differ from each other. The last strong destruction took place in 1979 during the next earthquake.

Shrines of Cathedral of Saint Trifon

About the beginnings of the 9th century of power of Saint Trifon brought from Byzantium are stored in a small internal chapel. Near them there is a big wooden crucifixion which emergence is definitely not established. The unique stone Altar covered with gold and silver painting is the work of art by the Venetian masters. The remains of a wall-painting and frescos keep in themselves the memory of the historical period of the 14th century. Authors of these frescos weren't established. It could be both Greeks, and Serbians.

The sarcophagus with a body of the nice citizen Andriy Sarazenis is based in the center of Cathedral. He, redeemed relics from the Venetian merchants and kept them for descendants. The rich carved canopy, the real masterpiece of a gothic style, is established on four marble colons decorated with scenes from life of the Saint. A set of wooden and stone sculptures decorate halls of the temple, bringing art spirit of last centuries in an internal appearance.

At construction and finishing used marble which had a unique red shade, and it was got near the city. Many materials were brought from Venice. 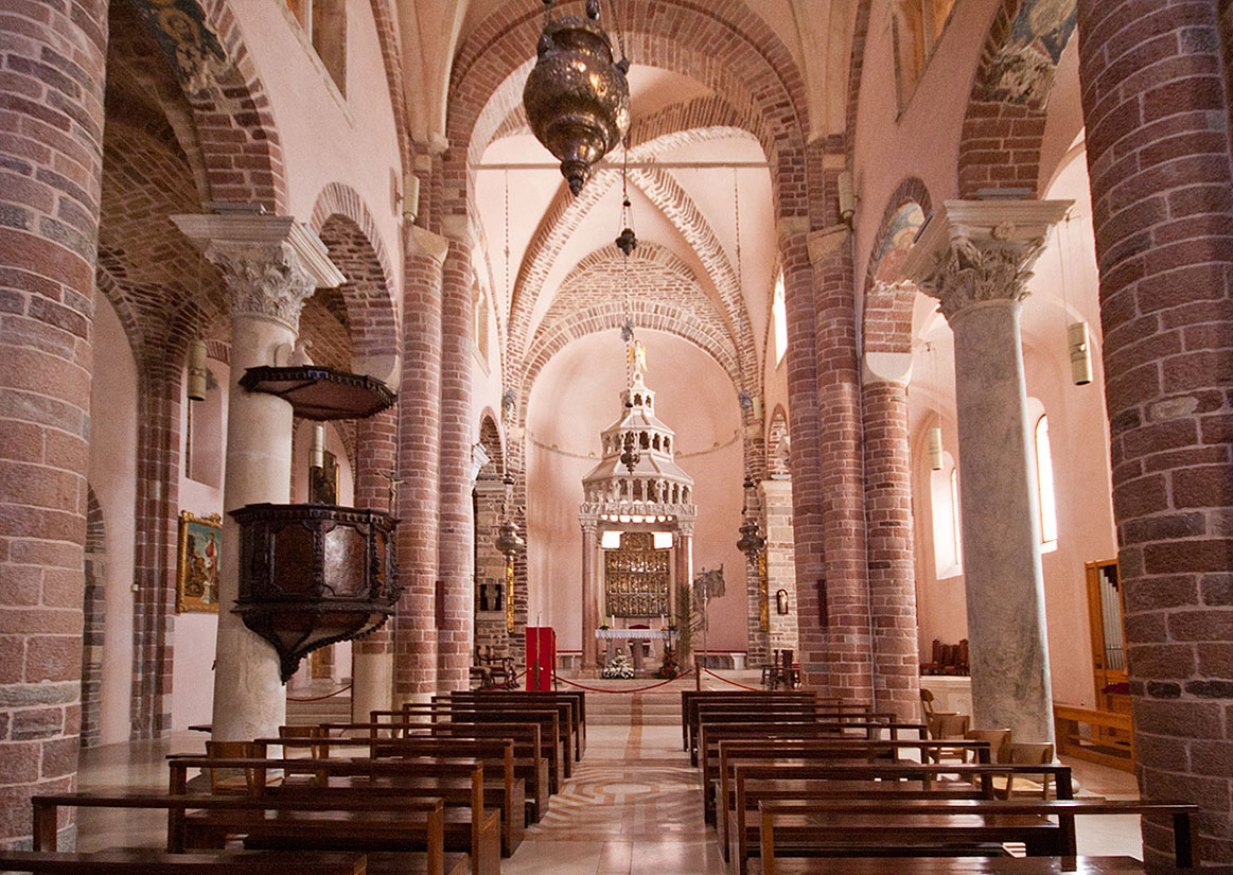 The cathedral of Saint Trifon found the reflection on the coat of arms of the nice and ancient city of Kotora. Being its Sacred symbol, protects this blessed place and its inhabitants, from troubles and misfortunes, incorporating blows of the elements.

Being the most popular visited place of all travelers coming to rest to Montenegro is also a pilgrimage object for Christians of all faiths. Beauty, unique architecture and rich internal furniture of Cathedral leave feeling of true and high spiritual sense.