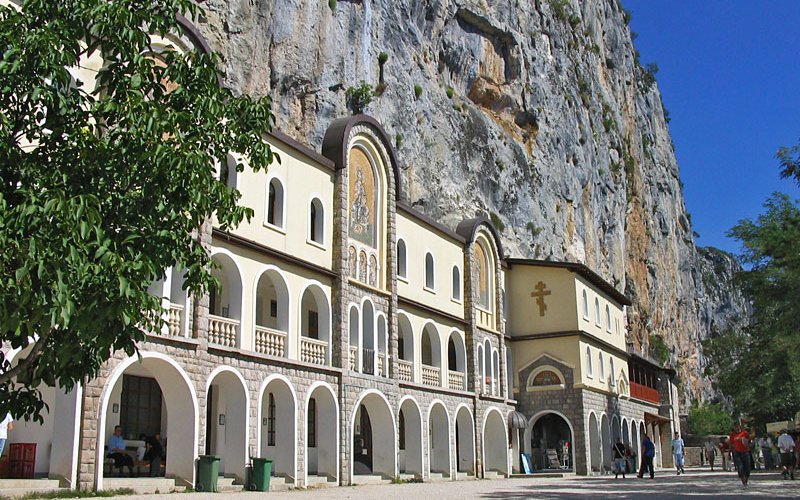 The monastery Ostrog is of great value for Montenegrin Orthodoxy. It is believed that thanks to its founding in the country, it was possible to save the Christian faith. Now it annually receives thousands of believers from all over the world and is valued equally with the holy places of Jerusalem.

Location and features of the passage Monastery Ostrog

The monastery is located near the little-known Montenegrin city of Danilovgrad. An extremely small road runs to it. When driving on it, you must follow certain rules.

If two cars are going to each other, they let the one who is closer to the outside of the road, that is, to the precipice. If the bus is heading towards, it is passed in the first place. 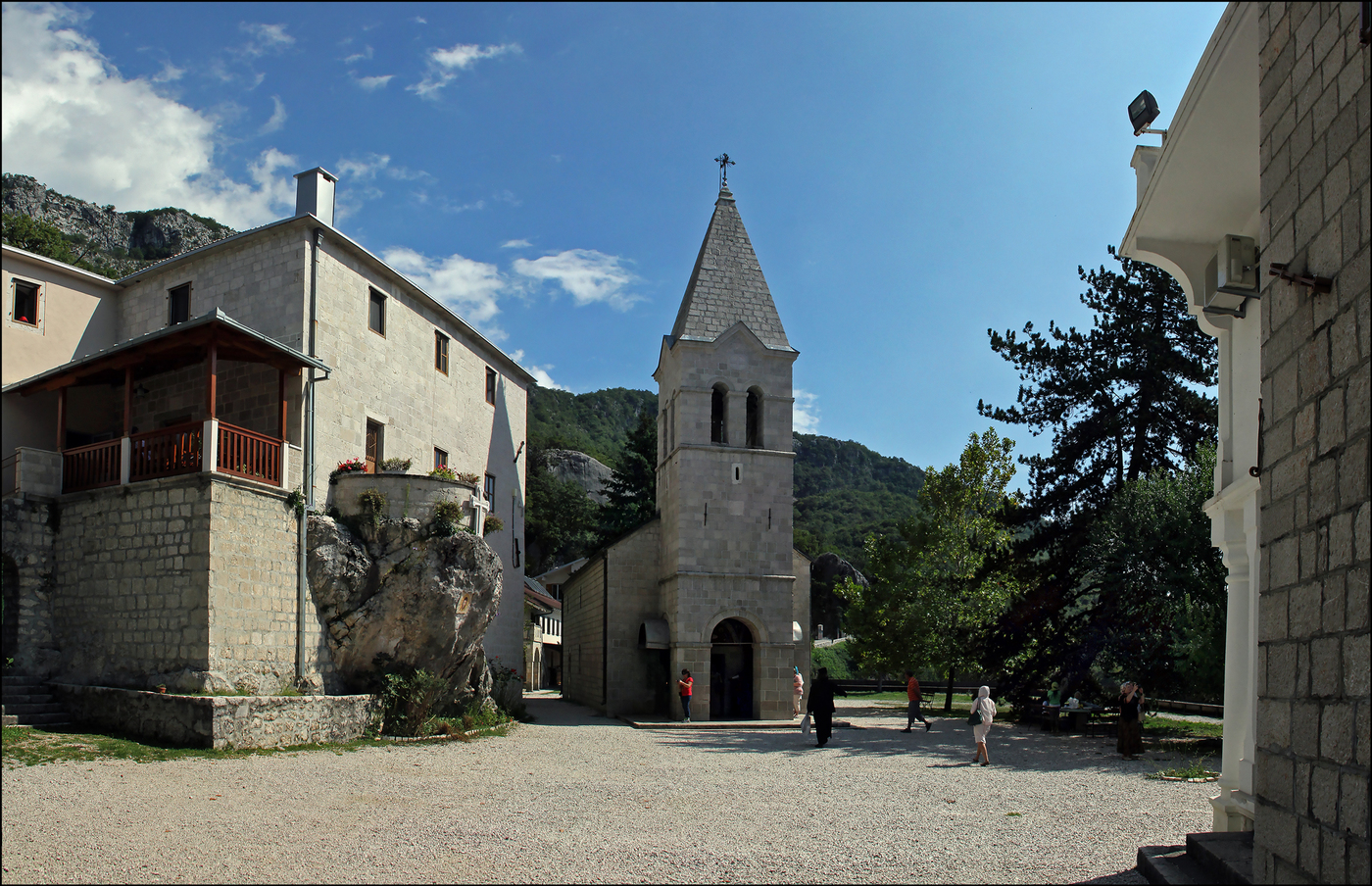 The name of the monastery complex comes from the eponymous ridge on which it is located. The word "prison" is translated from the Old Slavonic as a "fortified place". It is widely found in the names of hills in the Balkans.

The upper church was built in the 17th century. It is believed that its founder was St. Basil the Wonderworker. His remains are kept in a monastery.

The lower church or the church of the Holy Martyr Stank is the newest building of the monastery complex, founded in 2004. It contains the hands of the martyr Stank, who was hacked by an ax for his unwillingness to accept Islam.

Almost the entire monastic complex was destroyed as a result of a fire that occurred here in the 1920s. After he was long tried to bring to the original form and eventually completely restored.

Between the two monasteries lies a forest road. Its length is about 5 km. Many pilgrims prefer to shorten the path and get to the temple along a short hiking trail. This walk takes 20 minutes.

First, the believers enter the Lower Monastery and inspect the monks' cells adjacent to it. Usually it does not cause much interest, and therefore the pilgrims go upstairs. There is the Vvedenskaya church where St. Basil spent 15 years praying to God. 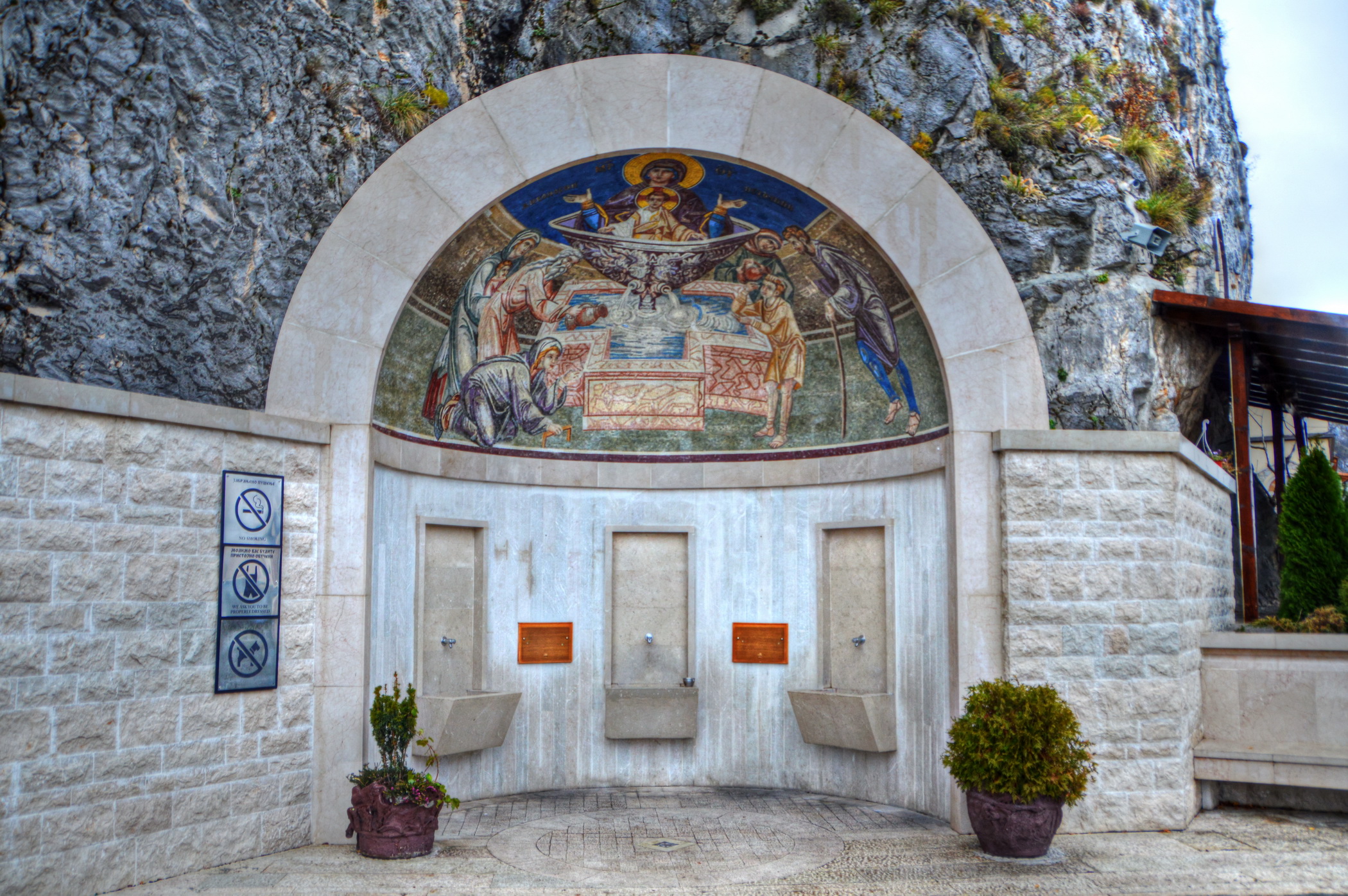 Believers come to the martyr to ask for healing and blessing. It is important to understand that the number of pilgrims is almost always great. The chain of believers is constantly moving, not everyone can properly examine the temple.

Visiting Ostroh, it is necessary to get acquainted with the frescoes. Some of them were created by the local artist Radul in the distant 17th century. The master did a great job, painting a rough wall of the cave with a lot of protrusions, depressions and cracks. The frescoes that have survived from antiquity now have great artistic value.

Visitors to the temple like to write down their cherished dreams on leaves, and then leave them in the cracks of the walls of the church. Many say that they all come true, so it's worth to be careful in your desires.

At the entrance is a fountain with holy water. Believers believe that it protects them from the grave deprivations of fate. Water is bottled and given to everyone free of charge.

Each bottle has the name of the monastery. Next to him flaunts an Orthodox cross. Such a bottle can be an excellent souvenir from Montenegro. 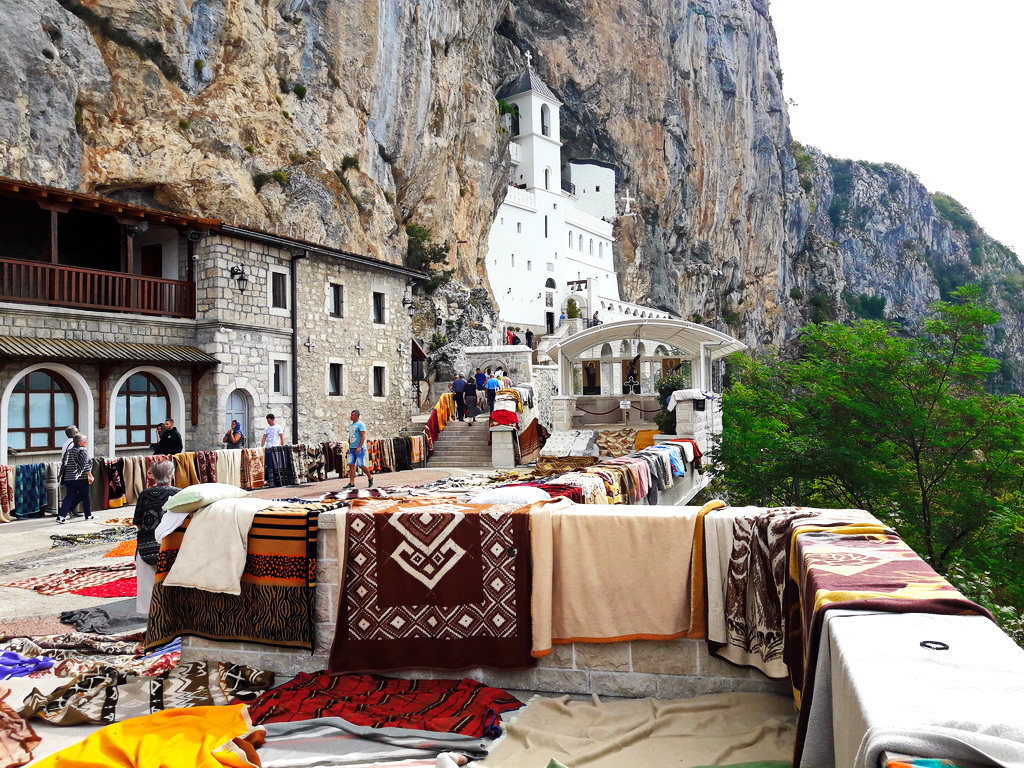 Several interesting stories are connected with the monastic complex. For example, during the Second World War, a fascist bomb hit right into one of Ostrog's churches. It split in half, but for some unknown reason it did not explode. If you believe the local, the bomb fragments continue to lie in the sacristy.

Directly in front of the Upper Temple is a small vineyard. He is in the place where Saint Basil died. Interestingly, there is completely no soil. Believers consider this a miracle of God.

Ostrog is considered to be the only Orthodox monastery in the country, to which not only Christians come, but also Muslims with Jews. They visit this holy place for the purpose of pilgrimage.