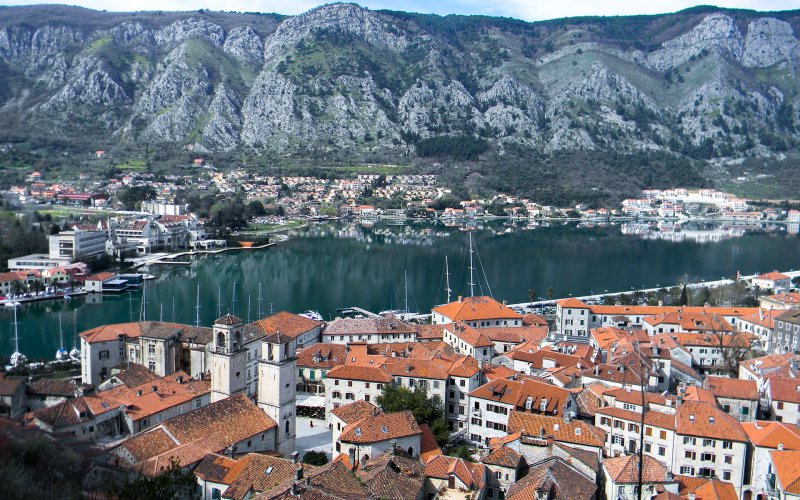 Every year a huge number of tourists come to Montenegro to relax on the beach and soak up the warm sun. Here reigns a fairly mild climate, the weather is flat for almost all year, and the clean sea with the absence of large waves is ideal for swimming and relaxing on the coast. The tourist season begins somewhere from mid-may and lasts until mid-October. There is little rainfall, which makes the stay here even more tempting. 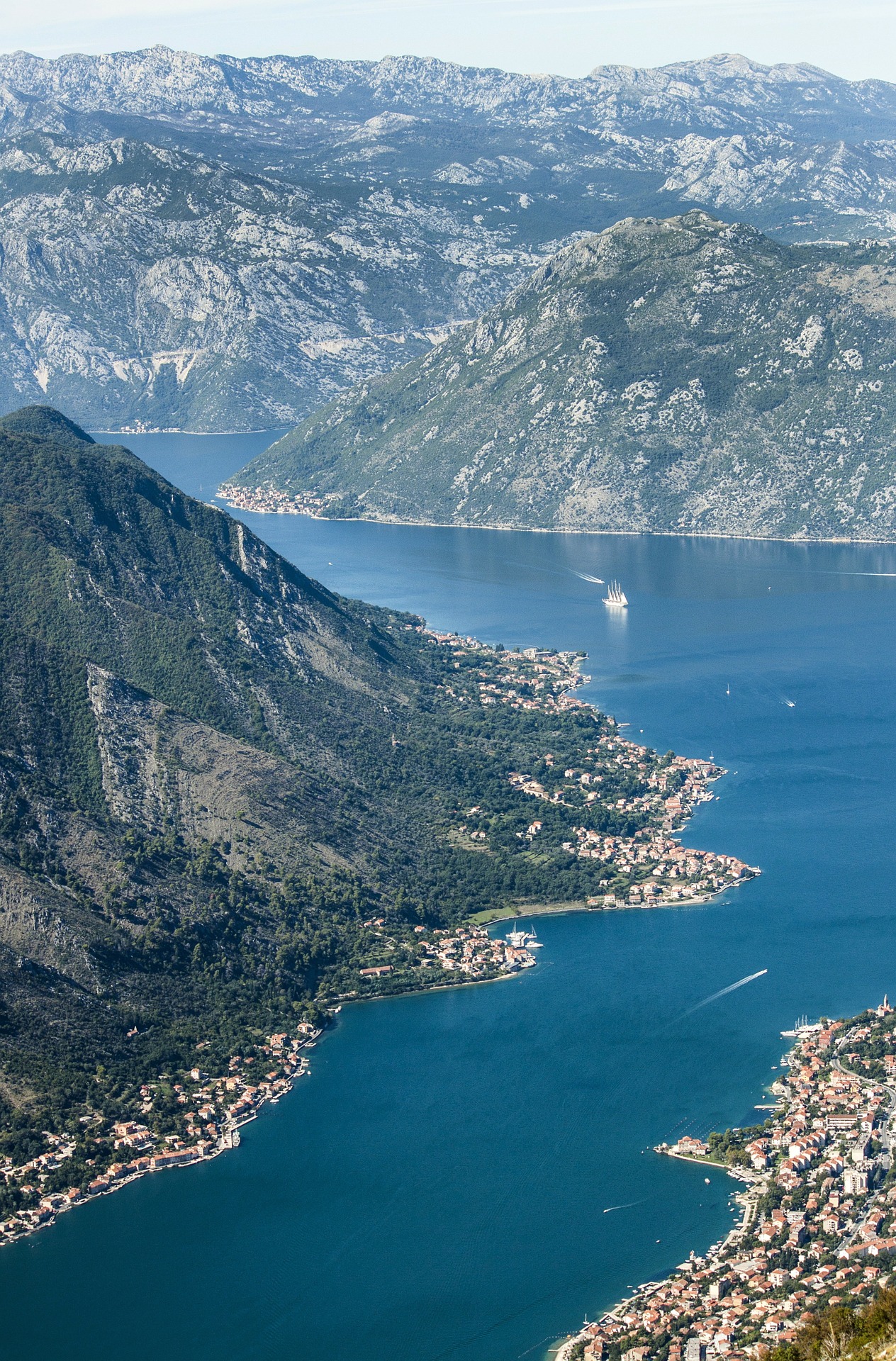 Weather in Kotor by months

January. January is the coldest month for Montenegro. In mountainous areas at this time of snow, but in the South blowing strong winds and heavy rains. The coldest areas of Montenegro are mountainous regions. Sometimes the temperature here drops to the level of -11°C, the Ski resorts of the country are not so popular even at this time of year that only the tourists who want to save. Many people come here just for skiing. You will also enjoy the beautiful city of Bar, which looks magical in winter. Going to Montenegro in January, do not forget to bring warm clothes and shoes, you will certainly need them.

Most of January in Kotor there are Sunny days, but cloudy and cloudy days are also not uncommon.

The amount of rainfall that falls in Kotor during January is around 165 mm. Therefore, January is one of the rainiest months of the year.

February. On the Adriatic coast at this time not all hotels are open, so you will need to take care of the place of rest in advance. Prices for tours to Montenegro in February become much lower, and you can save twice or even three times by choosing a vacation at this time.

It is still snowing in the Northern regions of the country, and the locals are waiting for the early arrival of spring. The temperature here is only +4 ... +6°C.

The average daily and night temperatures during February are 4.0°C and -4.6°C, the average water temperature in Kotor in this month was 14°C.

Cloudiness is changeable — the number of Sunny, cloudy and cloudy days is almost the same. February is one of the rainiest months of the year.

March. There is a gradual warming, the night temperature does not fall below +8°C, the air in the afternoon is not yet so much warm, the temperature at this time is about +14°C, the Water in the sea is still quite cold.

Closer to the middle of the month becomes much warmer, the air in places warmed to +23°C. Someone walking around town in t-shirts with short sleeves. Spring is already in the air, daffodils, tulips, Wisteria and rosemary are blooming.

April. In April, it becomes much warmer, the temperature is usually above the mark of +18°C, there are already quite hot days when it is possible to go to the beach to sunbathe. But with the bathing will have to wait until the water warmed up only to the mark of +16°C.

May. The swimming season begins in the middle of the month, the air is already steadily warming up above the mark of +21°C, and the water temperature fluctuates in the range of +19...+21°C. If you choose to stay in Kotor at the end of may, you will not regret your decision.

June. In terms of weather, June can be called one of the most comfortable months for rest. In the afternoon the air temperature warms up to +25°C and sometimes even higher, In the evening it gets a little cooler-the temperature reaches +18°C. The sea Temperature is +24°C, while the water is very clear, making swimming ideal. Precipitation at this time falls a little — an average of about 63 millimeters per month. 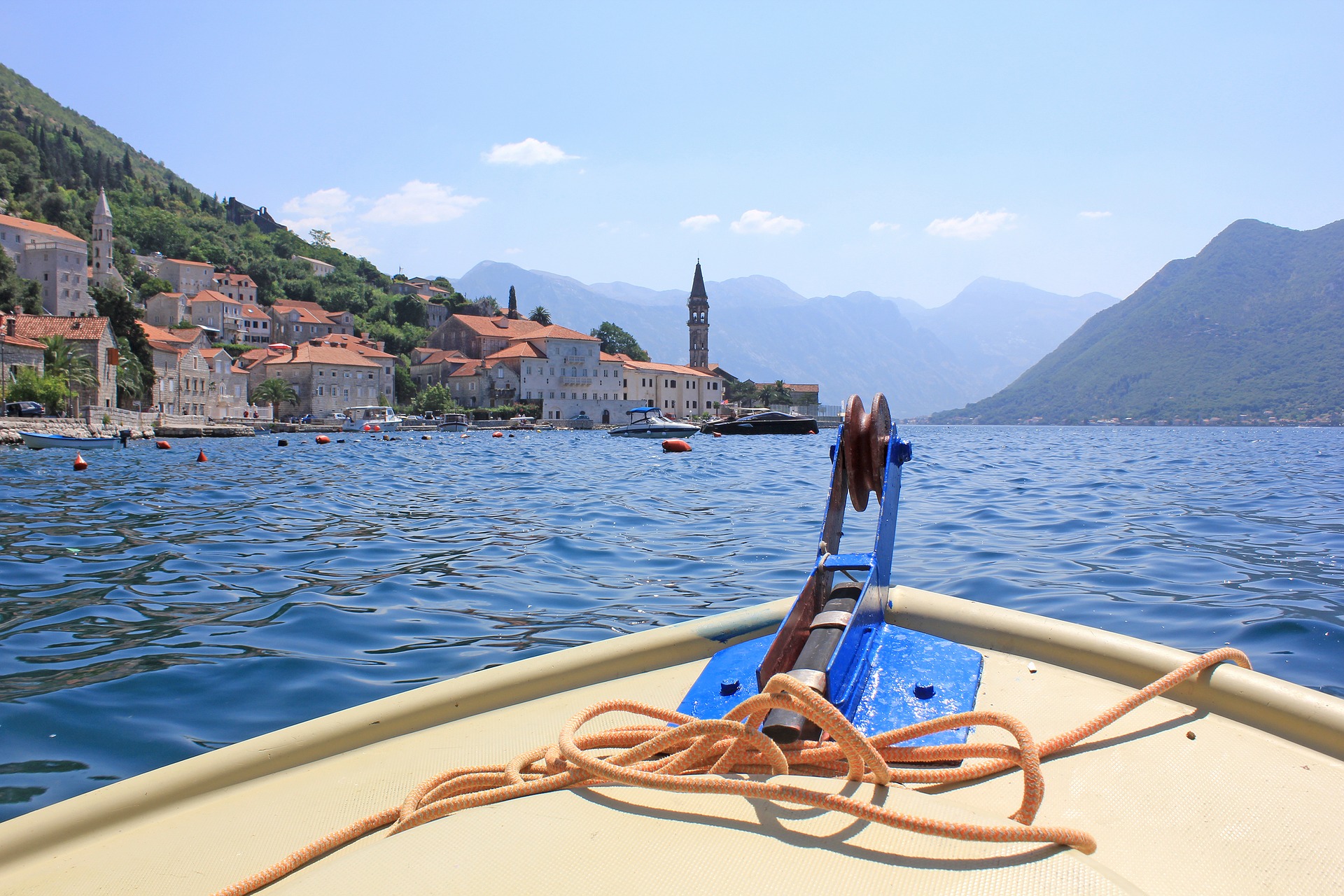 July. It's getting pretty hot this month. During the day the temperature rises to the level of +28°C, and at night does not fall below +22°C. The Sea warms up to its maximum annual temperature — +26°C. Rain in July is almost never, as strong waves on the sea and winds.

September. Summer goes away and becomes somewhat cooler. The temperature of the water also decreases, usually in September it does not rise above the level of +24°C. The air is not so hot during the day and at night it cools much more. Many people choose September as a time of rest on the sea with children.

October. At this time, tourists in Kotor is already becoming much less. Noticeably colder, and the water is not heated enough to be able to swim for a long time. The sea temperature near the coast does not exceed the mark of +21°C, and the air warms up to the mark of +22°C. There Are cooler days. The holiday season is coming to an end. 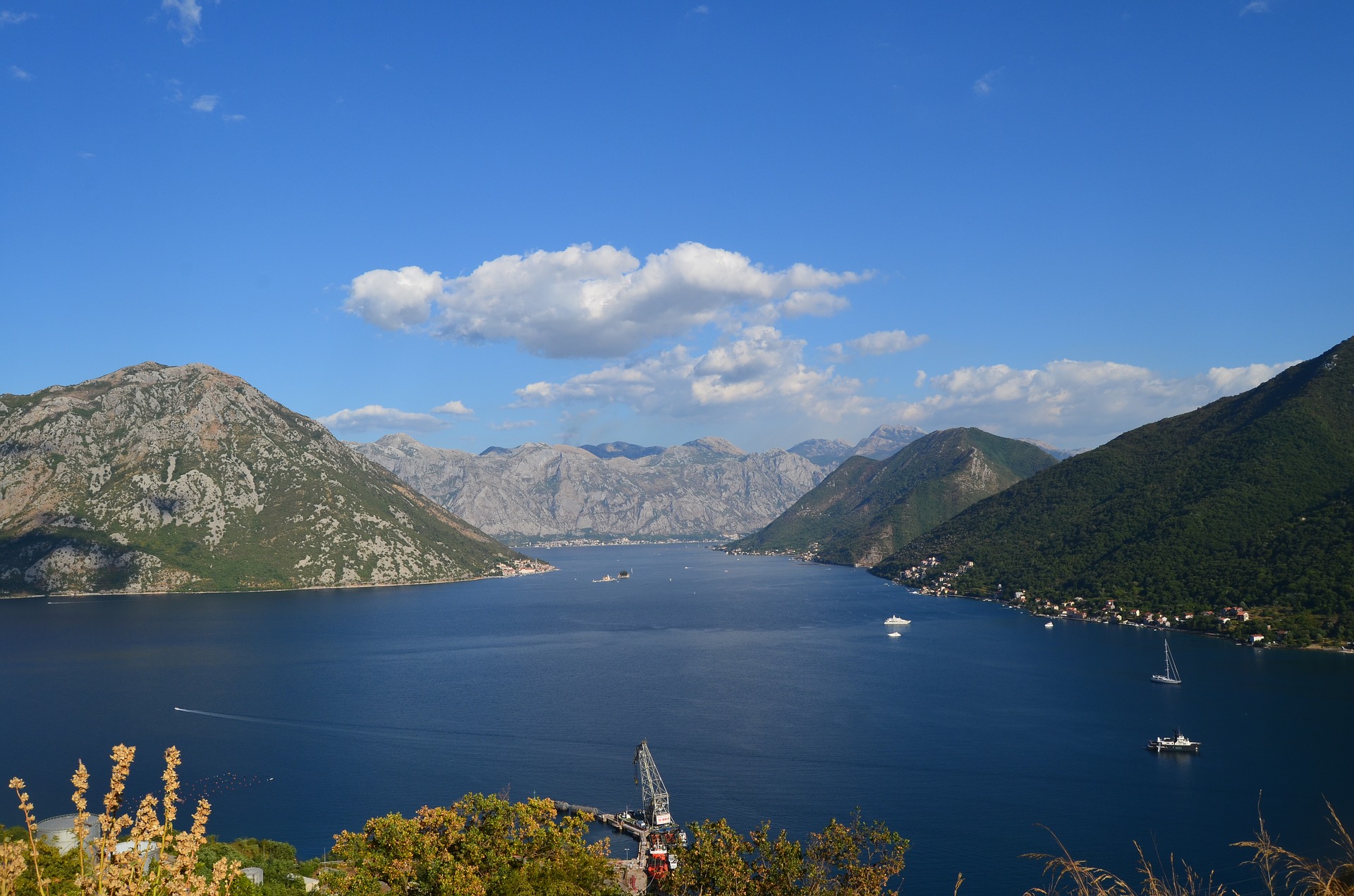 November. At this time, the weather is quite capricious. During the day, the temperature can change from +11°C to +16°C. The Sea cools down to the mark of +18°C, it is at risk only the most desperate. The mountains will be cooler. Here rains occur more often, sometimes they go in the snow.

December. The average temperature in December remains around +13°C, at night it is quite cold — +7 ... +9°C. The sea is blowing cold wind, and the water cools to +16°C. In the highlands, the temperature can drop to -7°C.

This weather is quite suitable for a quiet and secluded holiday to enjoy the nature and architecture of the country, or to go to one of the ski resorts.