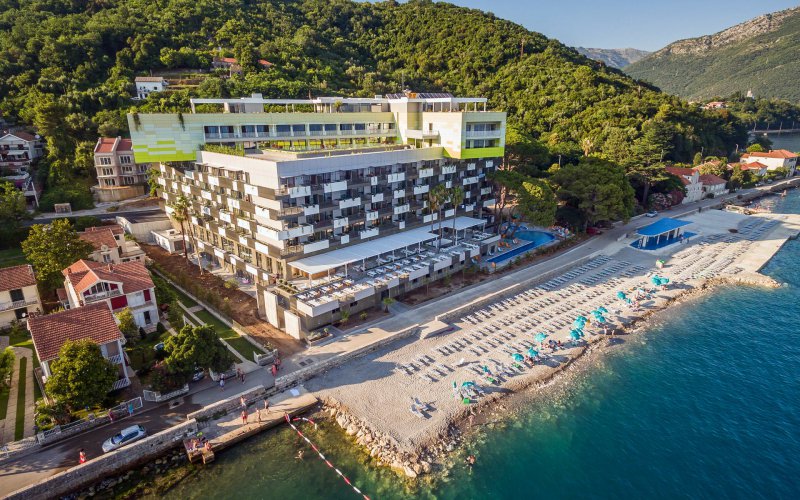 Biela is a seaside resort where families with children often come. It's warm, sunny, quiet, clean and cozy - what you need for a good beach holiday.

Bijela - a settlement in Montenegro, located on the shore of the Bay of Kotor. Directly opposite it is Tivat, 5 km - Gergets Novi.

If you are going to Biel, it is more convenient to fly to Tivat. Between the two resorts the ferry runs regularly. From Podgorica, where the second Montenegrin airport is located, Bielu is separated as much as 50 km.

Historians say that the settlement of Biela was built roughly at the same time as Herceg Novi. During the reign of the Serbian Tvriko, shipyards were built here, which later became the largest ship-repair plant in Montenegro.

Do not be afraid of this: the plant uses modern technologies of air purification, it does not pollute the atmosphere. This is indicated by the fact that the Montenegrins themselves rest in Biel. In addition, in the sea dolphins swim here - mammals that live only in a clean environment.

In order not to cause inconvenience to holidaymakers, local authorities banned the car traffic in Bijel. The absence of harmful exhausts positively affects the purity of air. Blossoming everywhere, the greens fill it with beautiful fragrances.

The village of Biela has a long form along the coast. Almost all the houses are on the first coastline, some have been converted to hotels, many are rented out.

To get to the sea from almost any point in Biela can be literally in 5 minutes. Sometimes you just need to cross the road or walk along a couple of streets.

In the village there are quite spacious apartments and luxury villas. The average cost of a weekly rental of housing is 500 euros - the average for Montenegro.

Biela is a favorite holiday destination among tourists from Germany, France and England. This positively affects the quality of service and negatively affects local prices.

Along the coast of Bijela stretches the embankment, perfectly suitable for walking. Along it are built cafes, restaurants and shops, there is one market where fresh vegetables, fruits and seafood are sold. In the market you can freely bargain, it is customary in Montenegro.

Most of the local earn a living by fishing, and therefore often moves between Bijela and the neighboring islands. For a fee, local fishermen will take you to the Island of Flowers or Ottok, which are considered natural attractions of Montenegro. On the islands you can fish, swim and sunbathe.

In the village there are no clubs or entertainment centers, and therefore Biela is not suitable for lovers of nightlife. For the rugged fun it is better to go to the neighboring cities: Herceg Novi or Tivat. A better option will be a trip to Budva.

It is important to bear in mind that Biela is primarily a coastal resort. The beach is his main entertainment. This place will not be liked by those who prefer active leisure with excursions and sightseeing. 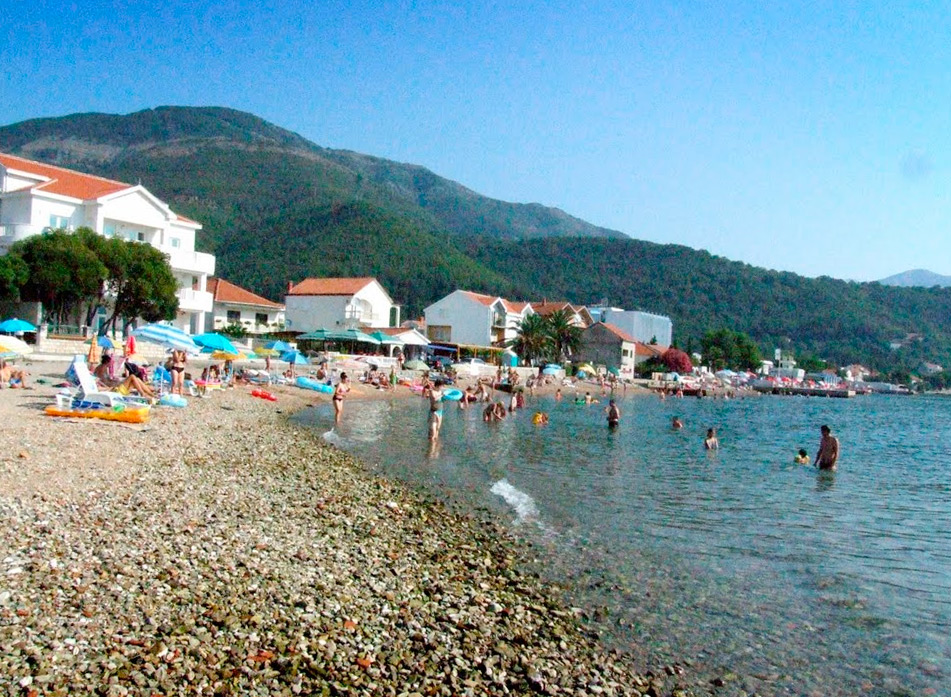 In Bijel there is one municipal beach, which remains clean and well maintained even by the end of the tourist season. The beach is a mixture of sand and concrete areas. It is often visited by tourists from Tivat and Gergets Novi.

The water in the Bay of Kotor is very warm, the entrance to the sea is gentle, waves are rare. The beach is surrounded by mountains, which add to it picturesqueness. There are chaise lounges, umbrellas, locker rooms, showers and toilet rooms.

In Biel, there is only one attraction left - the Church of the Intercession of the Virgin. A snow-white temple can be seen from almost anywhere in the village, it can be seen, swam to it on the ferry.

The church was built in the XIV century, but suffered a serious restoration in 1998. Next to it is an old building, formerly a school. It retained its original appearance and resonates with the church itself.

In the church there is a collection of ancient Orthodox books, some of the copies date back to the 15th and 16th centuries. Some publications were brought here from Venice. 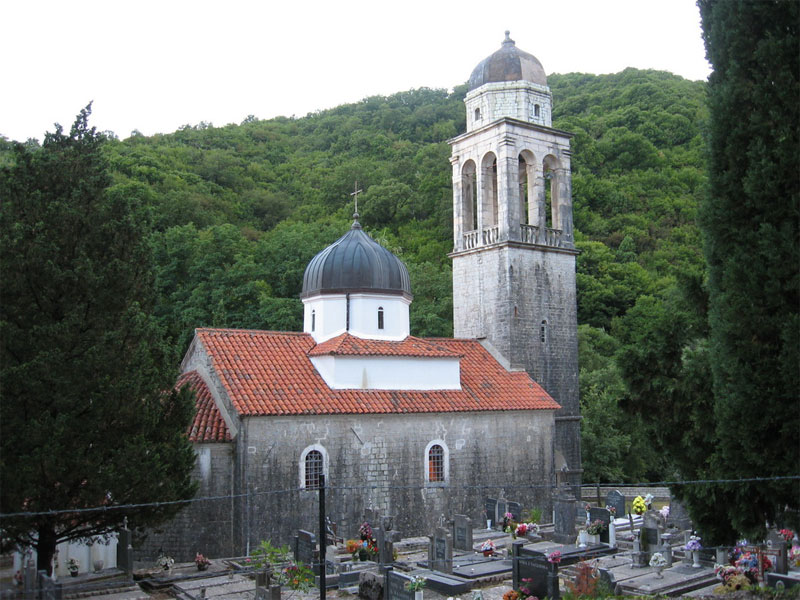