The Daibabe Monastery is Montenegro's only religious landmark located underground. Despite the uniqueness of this place, it is not always indicated in the tourist routes. Daibabe Monastery is of interest to Christians and connoisseurs of history who want to get acquainted with the unusual architecture of religious buildings.

Daibabe Monastery is 4 km from Podgorica, the capital of Montenegro. It is located on the eponymous mountain along the road leading to the Adriatic coast.

The monastery is half buried in the ground. Almost all of his rooms are located in the cave system. It is remarkable that it has the form of a cross.

To get to the temple from Podgorica, you need to leave in the direction of the airport and Skadar Lake. The monastery is visible right behind a large aluminum smelter.

The name of the monastery comes from the Slavic prayer. With her unmarried girls turned to the female deity and asked to give them a good husband.

Once the mountain Daibabe and its caves were sacred to believers. Even before the construction of the monastery, Christian hermits actively used catacombs located inside the mountain. Nearby was a spring of water, and thick trees blocked the entrance to the secret places.

During the Turkish invasion, the catacombs were used by the Montenegrins. They hid in their caves their sacred things and valuable things. Many of them were not subsequently discovered.

The construction of the Daibabe monastery itself began in 1897. According to legend, a religious structure was erected on the spot where a local shepherd was illuminated by a wonderful vision. 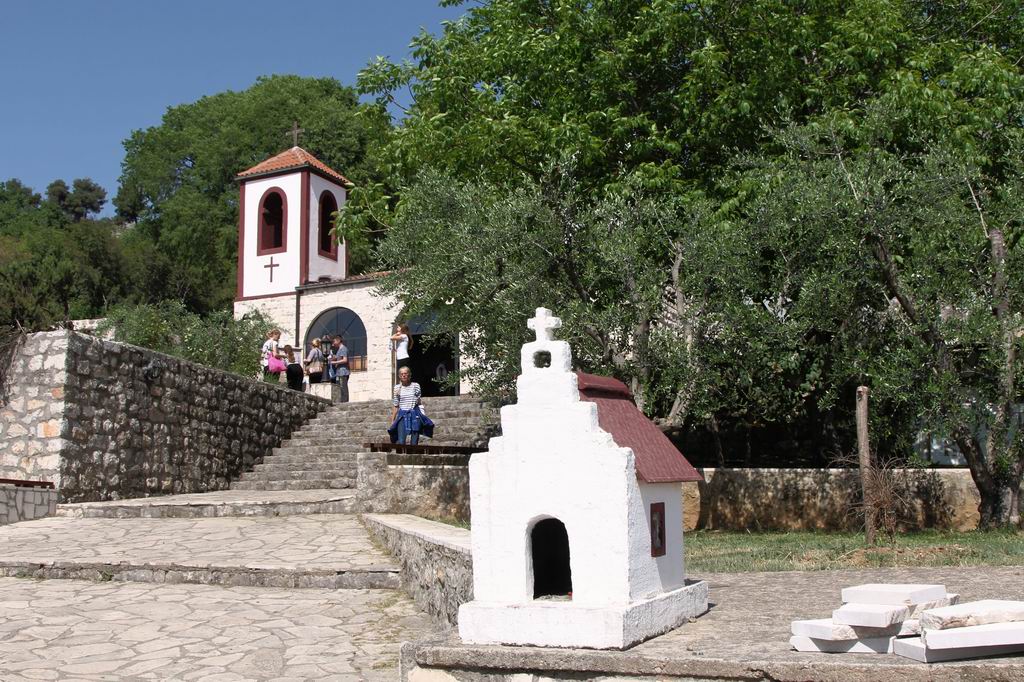 The unique architecture and unusual cave arrangement is what distinguishes Daibabe from other monasteries in Montenegro.

Outside, the monastery resembles an ordinary church, more precisely, its facade. It is attached to a rock. Near the facade are two bell towers.

The monastic complex consists of three channels. The central is considered the largest of all, it houses a church altar. To accommodate in the cave of the chapel, it was specially enlarged in width.

Inside the monastery completely repeats the outlines of the cave. Its upper arch is tiled. This is necessary for safety reasons, so that the underground structure does not penetrate water.

All the walls of the temple were painted by the hand of Simeon of Daibab, the saint who erected a religious complex. Plots on the walls are devoted to religious themes.

The relics of Simeon and several other saints are kept in the monastery. The church itself became a place of pilgrimage for Christians from all over the world.

Above the monastery is a hospice house. It looks much newer, but because it is very different from the temple itself. 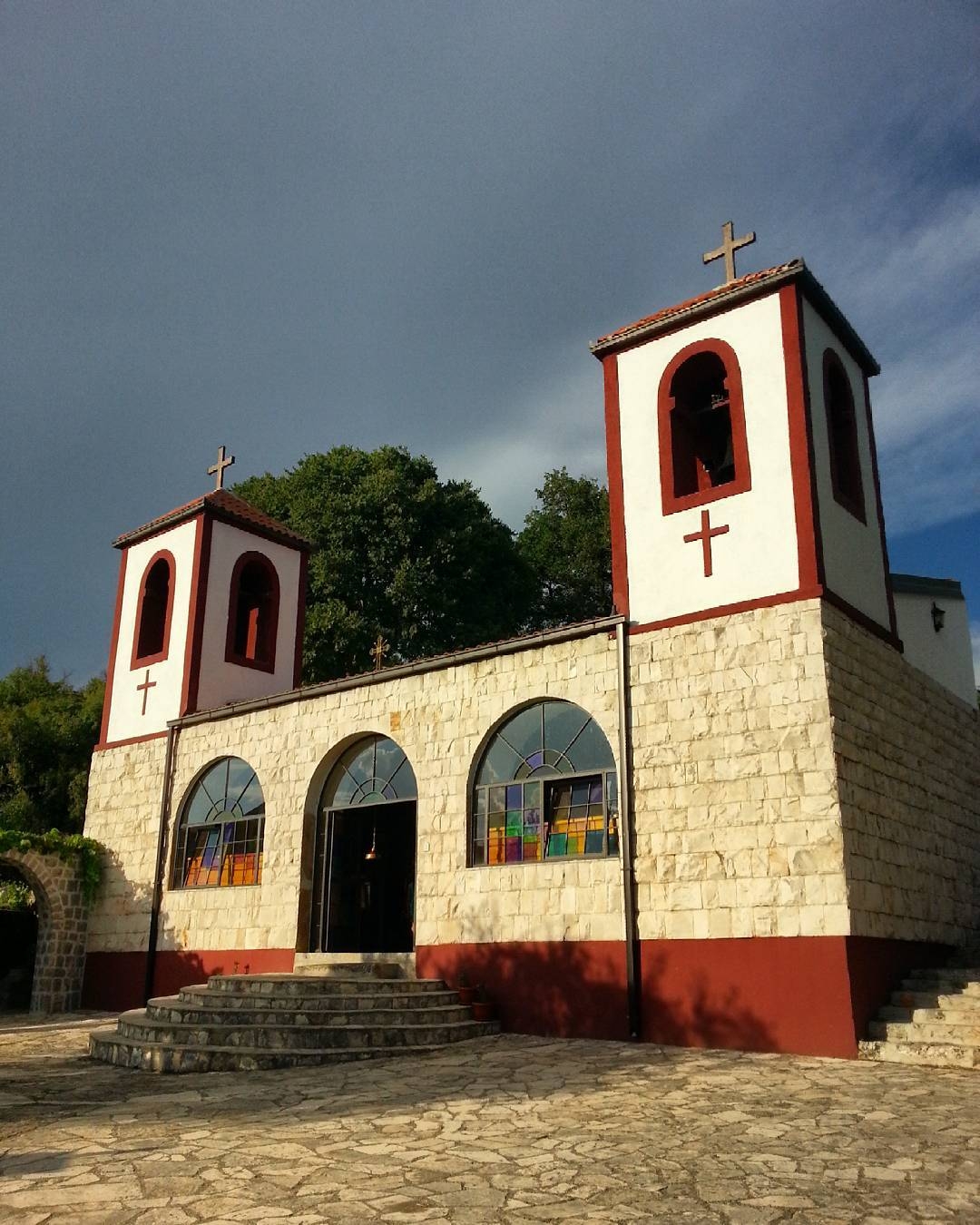 For visiting the Daibabe monastery you do not need to pay. You can get to it both independently and as part of a tour group.

When going to visit the monastery, you should remember about the dress code. Women need to cover their heads, and men, on the contrary, to take off their headdresses. The knees and shoulders of women should be closed. Men need to wear pants, not shorts.

The entrance to the temple is located on the surface. Visitors enter the monastery through the door. Its height is only 170 cm. Even in ancient times, the doors to the temples were specially made low, so that the believers would bow to the holy place to which they were heading.

At the entrance to the temple you can buy and immediately put a candle. Almost in all Montenegrin churches, candles are put into the water outside the temple. After the wax is collected and made from it new candles.

Once inside the monastery, you will see a cave. On all its sides the painted faces of the saints will look at you. Some tourists admit that they felt not very comfortable in this underground church.

Inside the Daibabe monastery you will meet many people who will pray to the saints. They believe that this place will give them healing and blessing.