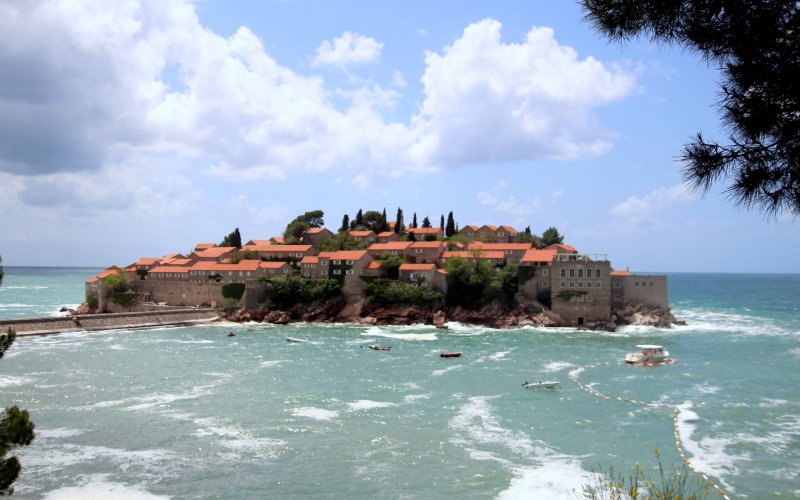 There are many islands in Montenegro. Some of them are famous for important sights and beautiful beaches. Others are so small that they can hardly be seen on the surface of the water. We will list and describe the main islands of Montenegro, worthy of attention and visits.

Sveti Stefan is an island hotel, built up by luxury hotels and privileged villas. It is located 9 km from Budva. To the island boats go and private boats go.

The island has preserved several architectural and historical monuments: the Church of St. Stephen, the Alexander Nevsky Church and the Monastery of Praskvitsa. There is also an art gallery.

The beach on the island is just one. It stretches on both sides of the isthmus, connecting the island with the coastline. The beach is strewn with sand and pebbles. Part of the beach area belonging to the hotel is covered with sand of a pinkish color. There are sun loungers and umbrellas on it. 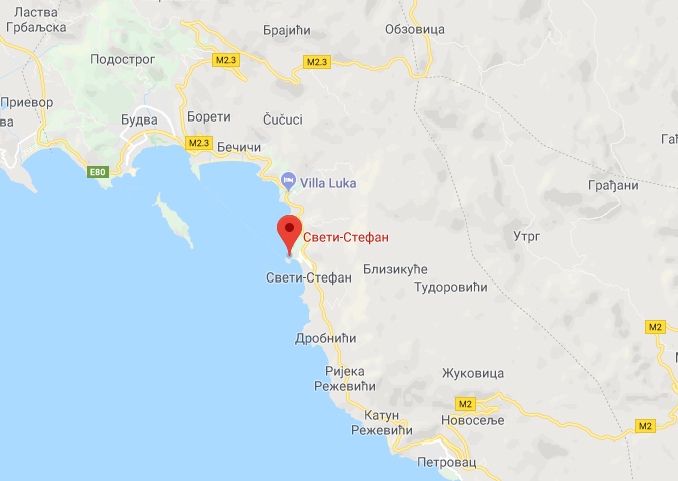 The Island of St. Nicholas

The island of St. Nicholas is located near Budva - the most visited resort of the country. Its name comes from the church of the same name, which is now on the island.

To get to the island of St. Nicholas, you need to take a boat or rent a boat. In high season boats depart from the shore of Budva daily. The entrance fee to the island is not charged.

The island of St. Nicholas is interesting with three main beaches, the total length of which reaches 840 m. The shore is small-peaked, in places there are massive boulders in the water.

On the island there are many cozy bays. Some are within walking distance, most get to swim. In the bays you can dive a lot from the hills and enjoy the underwater world of the Adriatic Sea, taking a mask with you. 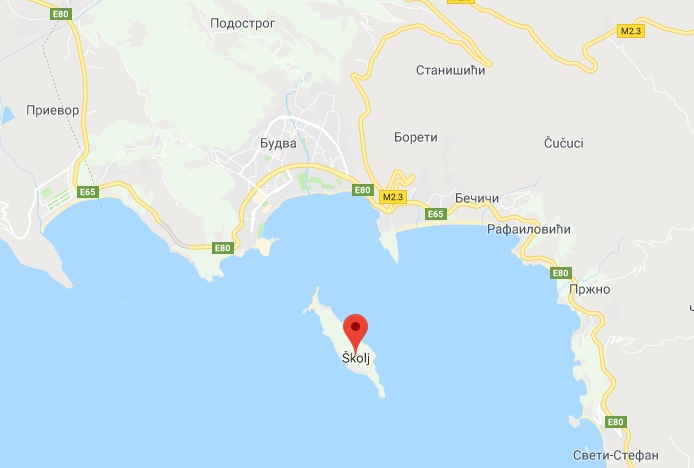 Katich and the Island of the Holy Week

Katich and St. Nedelya Island are located near the Petrovaca bay. Skilful swimmers get to them by swimming, others use a catamaran for a nominal fee.

Both islands are perpendicular to each other, and from the shore of Petrovac merge into one. To see everyone, you need to get to the edge of the resort.

Katich and the Island of the Holy Week are considered rocky. They do not have beaches or specially designated places for recreation. But from their steep shores open wonderful views.

On the Island of the Holy Week is a small church. If you believe the legend, it was built by a local fisherman, who found shelter here and escaped after the shipwreck. Now it serves as an amulet for seafarers. A pair of pines grows on Katich. 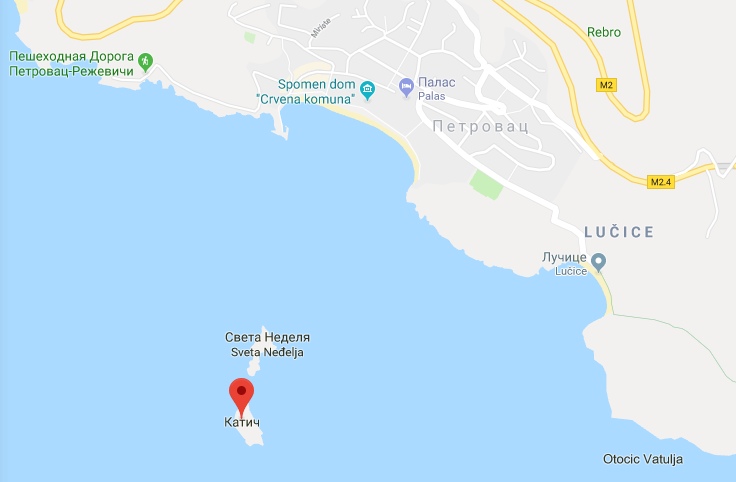 Island of Flowers or Prevlaka

The Island of Flowers, located in the Tivat Bay, has become a real pride of the European country. Since ancient times, plants and flowers grow on it. Once this place was buried in a dense olive grove, but it was destroyed by refugees.

The ruins of the monastery of St. Michael are the only attraction of the Island of Flowers or, as it is also called, Prevlaka. Part of this structure is restored, there are services in it. Walking near the monastery, you can see the monastic cells.

The local beach stretches for 1.2 km and completely skirted the island. It is covered with pebbles and sand. There are almost no waves in the bay. Vacationers here go for water skiing and are engaged in snorkeling in an almost transparent sea. 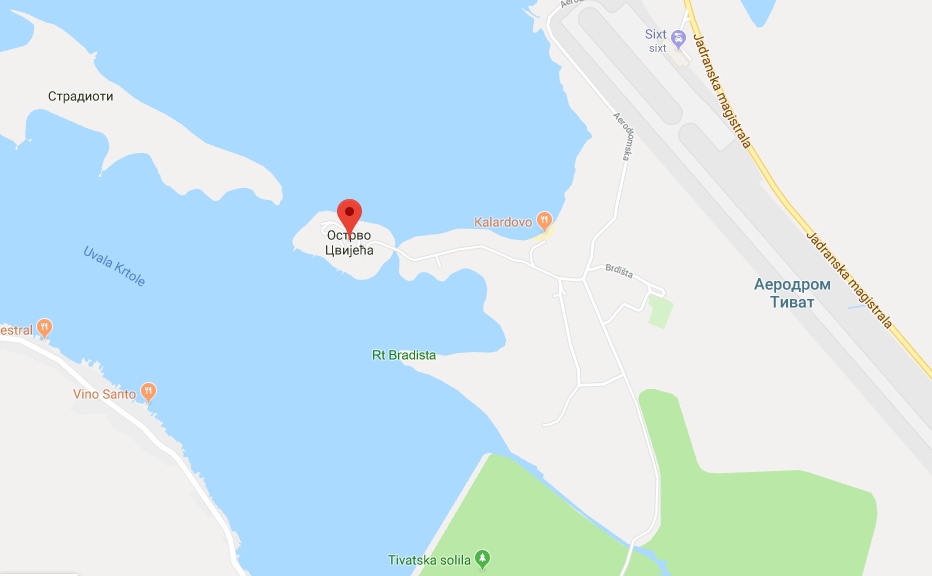 The island of Mamula is located near the resort of Herceg Novi. Its diameter does not exceed 200 m, but it still enjoys great popularity among tourists.

The main value of the island is the Austrian fortress, erected in the XIX century. In the old days, she defended the cities of Kotor Bay from sudden invasions from the sea.

The fortress well preserved its original grandeur. It is distinguished by monumentality, thoughtfulness and utmost accuracy of construction.

The pebbly-rocky coast of the island is washed by azure water. In its depths you can see fish and other inhabitants of the seabed. The sea on the island of Mamula is deep, which makes it an ideal place for diving and snorkelling. 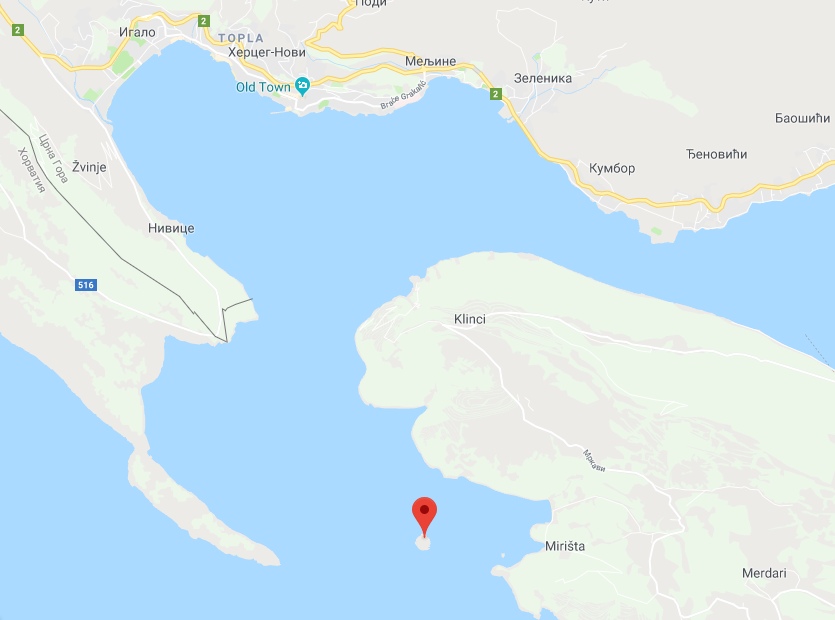