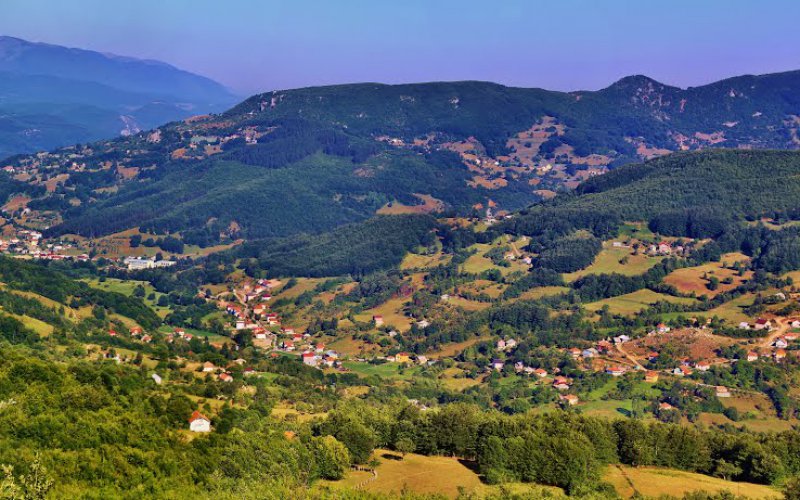 Petnjica — ethnic village in Montenegro, subordinated to the municipality of Berane. It's a Muslim settlement. According to the census of the beginning of the two thousand years, the number of the village was 565 people. Now the village is home to about 400 adults, the average age -31.8 years. There are 125 households in the ethnic village.

It should be noted that the census was conducted during the inter-ethnic confrontation in the Balkans. At that time, some Montenegrin were in solidarity with the Serbs. They were part of a joint national group with Serbs (Yugoslavs-Serbs). 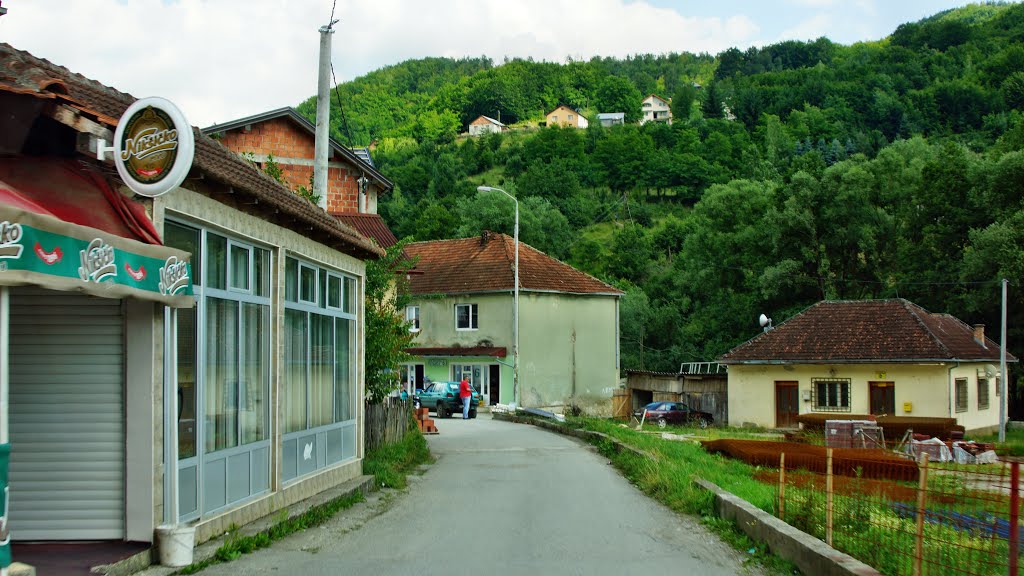 At an altitude of 700 meters above sea level, in the valley of the Ropcha river, near the Gorge Radman, is a small town Friday, the center of Gorni Bihor district. It is said that the area was named after the flowering covering it in early spring. The whole area is widely known for its cold spring water and juicy apples, about which many songs and poems were written. Senabije, żulabije, šarenike, pašinke and babovače are just some Apple species growing here, they are also used for the production of the world-famous Montenegrin pies.

The remains of the medieval city are located in the heart of Bihor, on the hill of Gradina, above the confluence of the rivers Lješnica and Lim. Built at an altitude of 1000 meters above sea level, it dominated a large area of the Lim river valley and controlled important roads that connected Bihor with aft On one side and with Senica and Novi Pazar on the other.

Far in the past

Little is known about the past of this rather mysterious city. The Ottoman Turks occupied it in the fifties of the fourteenth century. From the detailed register of Prizren Sanjak, compiled in the period of 20-30 years of the fifteenth century, we know that at that time the fortress city of Bihor had a garrison. The composition of the garrison: 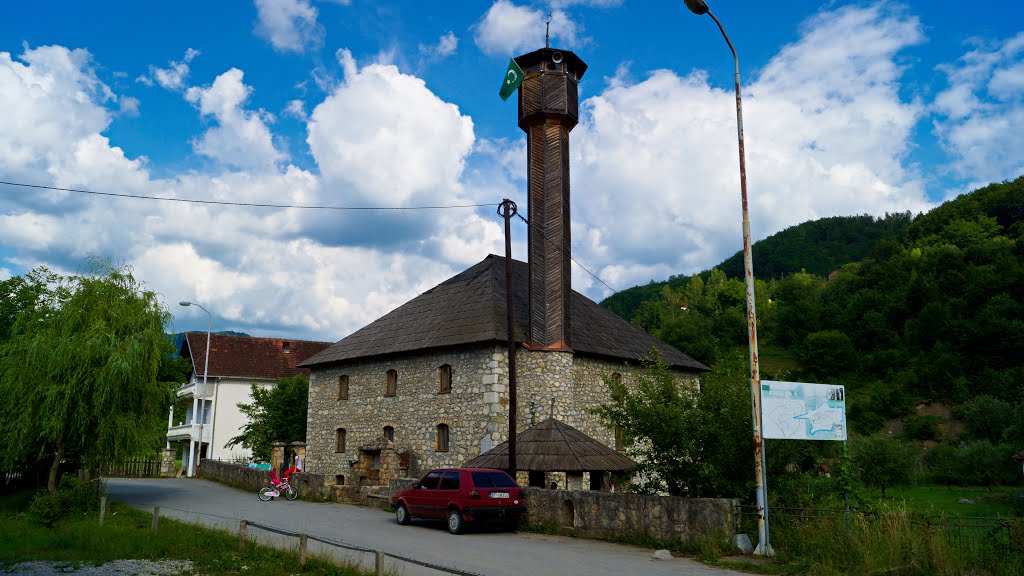 Bihar city became the center of the district with the same name. Thus, in the middle of the sixteenth century, the garrison of the city consisted of 230 people, was equipped with four guns and warehouses for grain crops. It was under the rule of the Ottoman Empire until 1912, after which it was abandoned.

Today it is possible to identify the ruins of three towers and water tanks, as well as the lines of the former ramparts up to three meters high. In addition to the Bukhara fortress, there was a small village, whose houses are under the fortress wall. Visible remains of the cemetery in Podhradie, and remained Church land, which indicates Predtimansky long-standing traditions in this area. 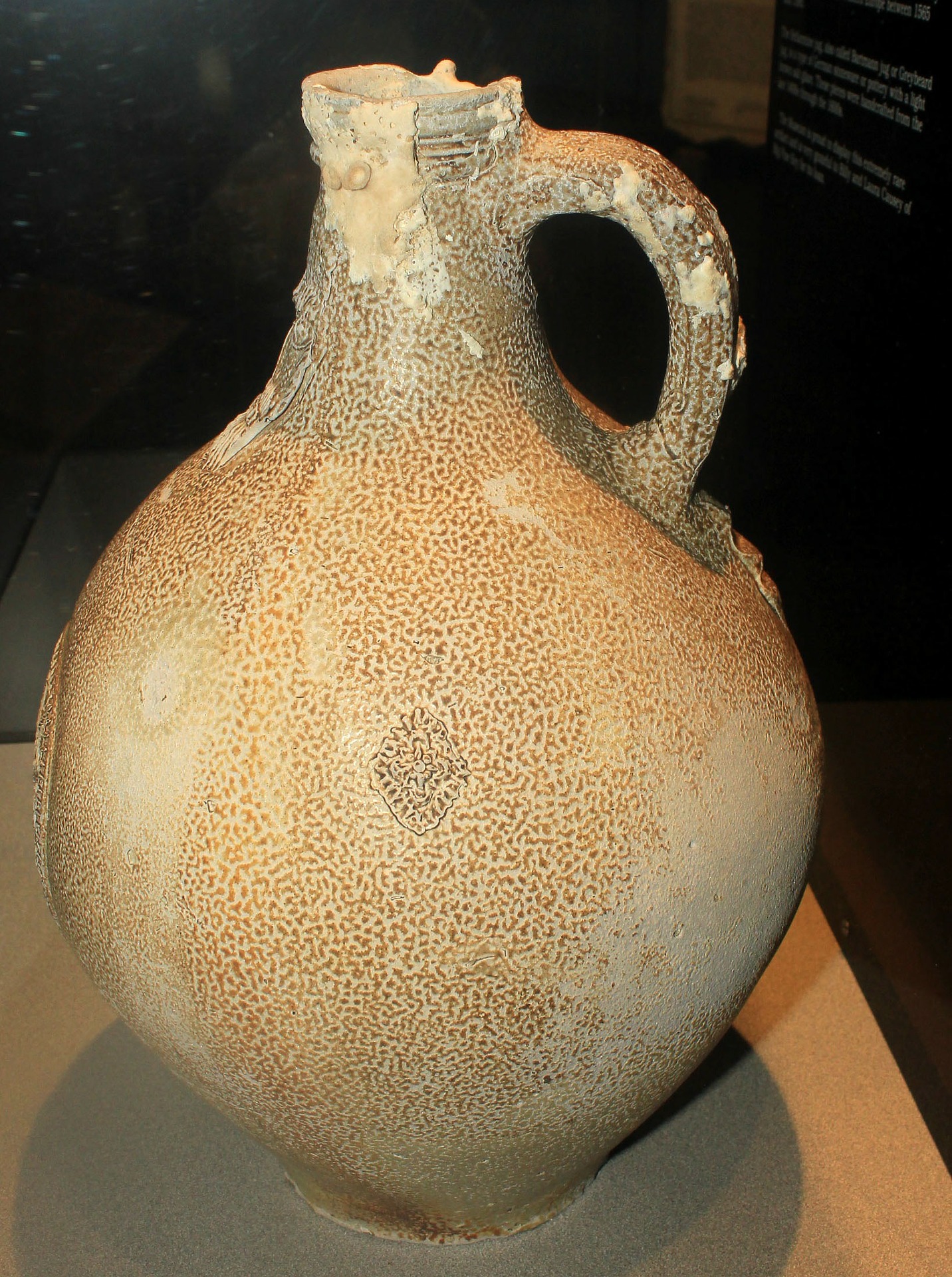 In the immediate vicinity of Petnjica In one of the most important archaeological sites in Montenegro — the location of the family hotel “westfield”, in Radmanska gorge. A unique female statue of 5000 years was found in it. The figure is a naked woman with a realistically depicted torso and a characteristic pentagonal head, without carved motifs or ornaments.

At a depth of only half a meter in the area was also found a house of the bronze age, in which around the fireplace was found many completely intact ceramic utensils, bone tools, picks of deer horns, needles and spikes. Everything points to the fact that it was a summer seasonal settlement, the predecessor of modern cattle-rollers. This area was found a necklace from the teeth of a wolf, copper needles and pottery. The detected objects are stored in the Museum of the region Polimlje in Berane.

Pacifire — waterfall of extraordinary beauty, which is close to Petnjica. There are many legends about it. It is said that in this place once there was a cave in which a huge treasure was hidden. The treasure was cursed, so every trace of those who tried to return it disappeared, making their way to the cave. Since then, many people have found peace here, and so it became known as the “whirlpool”.