The Blue Cave is a natural attraction of Montenegro, which is of great interest due to its unusual nature. A trip to this place is different from many other excursions around the country, and therefore many tourists recommend to include it in their trip.

The Blue Cave is one of the largest and most picturesque in the Bay of Kotor. Its area reaches 300 m ², the depth is 4 m, the size of each of the entrances is 15 m wide and 4 m high. All this allows the boats to swim right into the mainsail and freely move through its territory.

In the Montenegrin language, the Blue Cave is called the "Spiva Shaft", so it is sometimes called in tourist routes. The sound name of this place is due to the visual effect, which can be observed in good weather inside: the sun's rays are refracted, and the walls of the grotto acquire a sparkling bluish tinge.

Another similar cave is in Italy, on the popular island of Sicily. Unlike it, the Montenegrin Blue Cave remains clean and suitable for swimming.

To enhance the interest of tourists to this place, Montenegrins came up with an entertaining legend. According to them, in the depths of the Blue Cave buried ancient treasure, which was never found.

The blue cave is located on the peninsula of Lustica. From the Herceg Novi grotto is separated only 9.5 km. You can get to it only from the sea side. This is due to the fact that both cave entrances are located directly in a steep rock near the water. 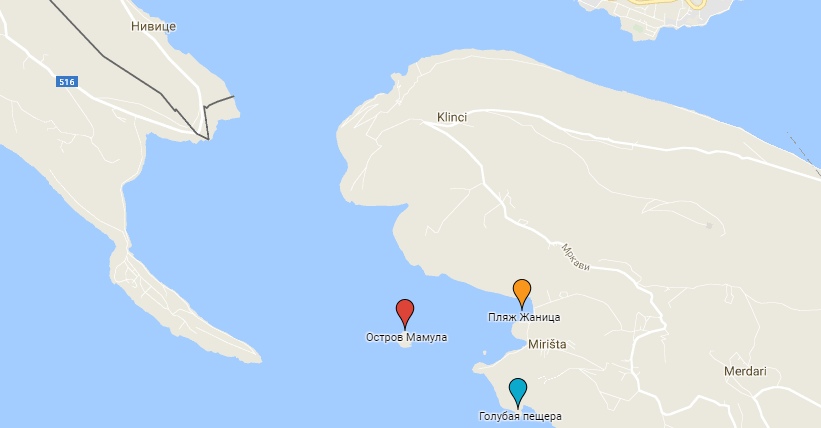 A visit to the Blue Cave is a common entertainment among tourists arriving in Montenegro for holidays. Excursion and private sea vessels are constantly arriving from Herceg Novi.

Boats to the grotto daily depart from Igalo beach. The cost of the trip is 5 euros. The first stop takes place on the beach of Janica. If you want to cool down, you can stay here for a couple of hours, and then continue on another boat. Sometimes ships stop on the picturesque and perfectly suitable for resting beach Mirishta.

On the way to the Blue Cave, tourists enjoy passing landscapes, small towns and picturesque islands. It is best to arrive on a boat in advance, in time to take places in the front of it, from where the best views are opened. During a sea voyage the ship sails past other grottoes, very similar to the Blue Cave, but not so large and beautiful.

If you go on a trip as part of the tour, you will definitely be stopped near the cave. Almost all guides allow tourists to swim in the grotto. Please note that in bad weather boats do not swim inside the Blue Cave. This happens on windy days, when the sea is very worried. In summer, such weather in Montenegro is quite rare, in spring and autumn - much more often.

After visiting the Blue Cave, some ships leave for Mamula Island. On it is a huge military fortress, once served to protect the country from attacks from the sea. Tourists are given time to walk around the island and see its main attraction.

Bathing inside the Blue Cave

When swimming inside the Blue Cave, floating it seems that its walls are shining and sparkling in blue. To experience this visual effect, you need to stay in the grotto for a few minutes, during which time the eyes can adapt to the almost complete absence of sunlight. 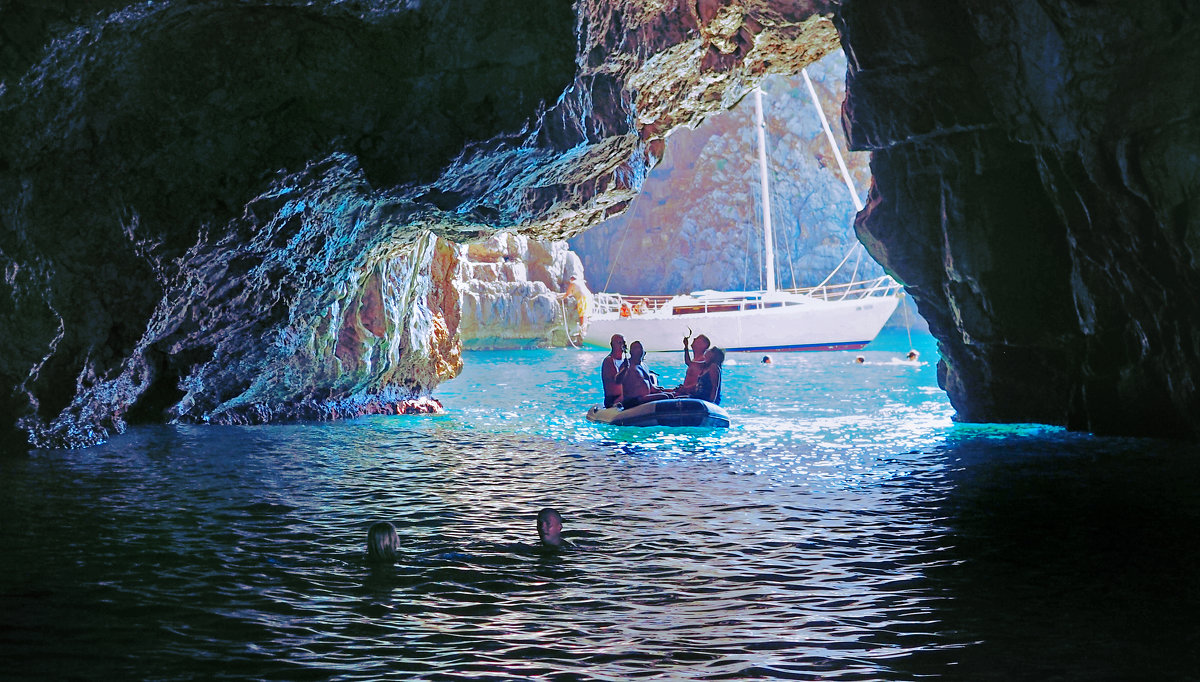 In some places of the grotto the depth of the water reaches 45 m, which gives an excellent opportunity for diving. Guides do not give vacationers a mask, aqualungs or at least life jackets. If you need water equipment, it is better to take care of this in advance.

Take into account that the guide allocates 10-15 minutes for swimming, and the sea has to be shared with dozens of other tourists. This is due to the fact that the Blue Cave is constantly filled with recreational pleasure boats.