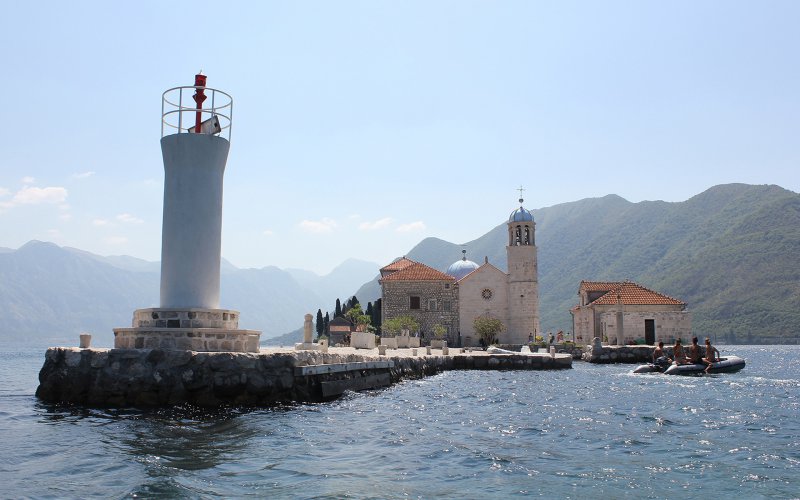 If you have included in your itinerary in Montenegro also a drive along a coast of the Kotor Bay, be sure to take the time to visit the town of Perast, as it was perfectly designed for a romantic getaway.

This is contributed by its advantageous location: Perast is just a 20-minute drive away from Kotor. Or you can drive to the city via the coastal road, breaking only three kilometers to the South from Rison.

Also there will be no cause to trouble about the question of how to get to Perast from the Montenegrin capital Podgorica, where, most likely, your plane will land, as there is an international airport, and from there the drive to Perast will take only 2 hours. If you plan to visit the city after Herceg Novi you'll need a little more than half an hour by bus or car to get to it.

"A small miracle" – so the town Perast in Montenegro is called. In this small village town, anciently inhabited by fishermen and carpenters you will be conquered by many ancient buildings: under the influence of the culture of Venice between 1420 and 1797 the years the architecture bears the imprint of the Baroque style (for reference: there are more than 200 palaces and attractions in Montenegro, built in this style). More striking is the almost complete absence of modern buildings and this gives the town a medieval atmosphere. The presence of numerous churches in the city also shows a strong influence of Catholicism and the Italian concept of temple building. Incidentally, the city enters in the list UNESCO cultural heritage. 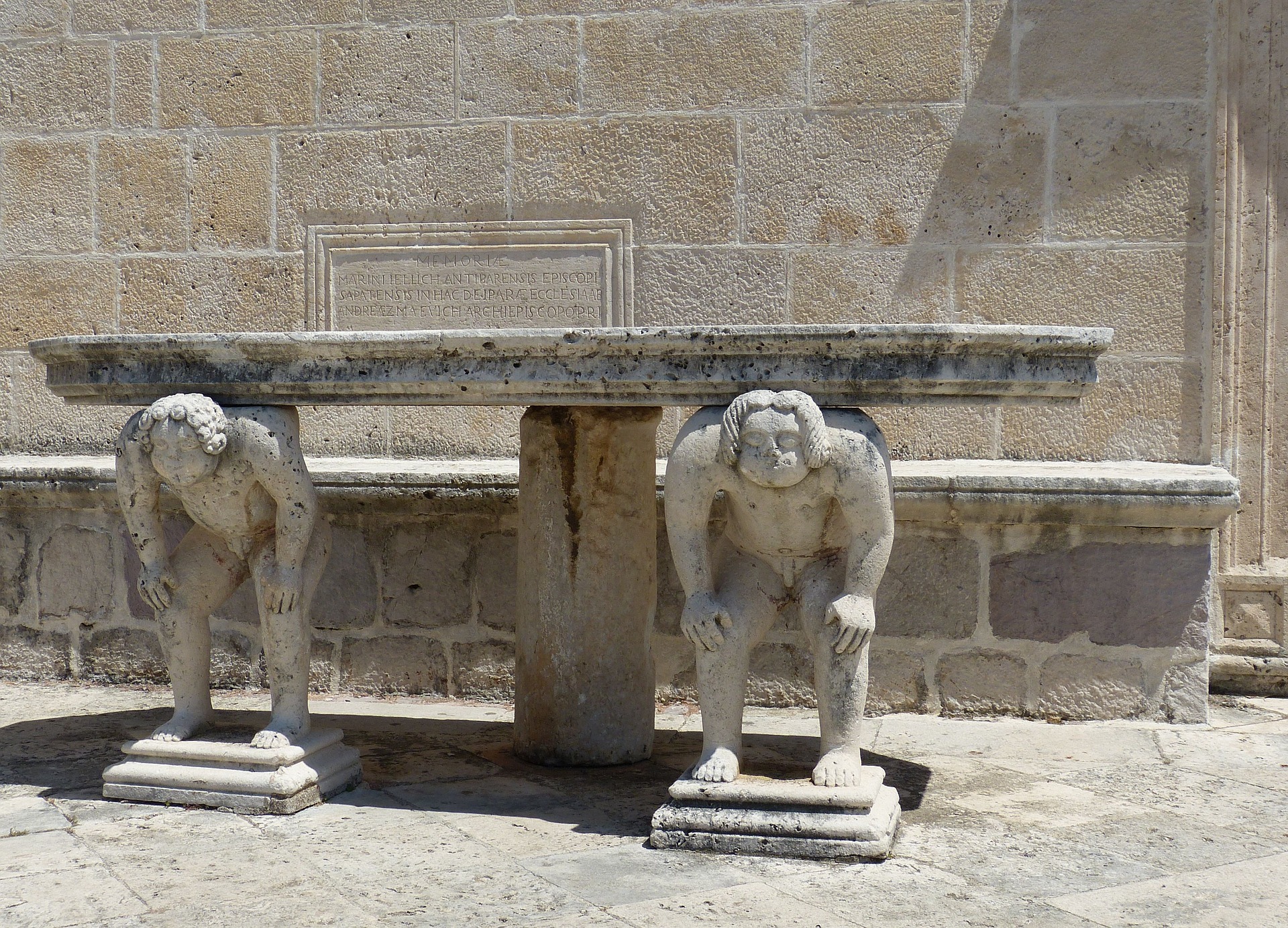 On the coast you can enjoy stunning views of Kotor Bay, where there are two islands with two churches: the Church of Saint George, located on the left and surrounded by cypresses, and the Church of Notre-Dame-du-Rif on an artificial island on the right.

After dinner, to fully enjoy the idyllic atmosphere of the city, you can visit the Palace Bujovic, which now is the city Museum of Perast, devoted to the sea theme, and the Church of Saint Nichola, and then take a taxi and then a boat to get to both islands and explore the main attractions of Perast.

Saint George's island, or also called the island of the dead, includes the cemetery and the famous monastery of Montenegro Saint George. It is a Benedictine building, built in the 9th century. He has not preserved its original appearance due to numerous attacks and major earthquake, which greatly damaged the ceiling of the monastery. But in the 17th century the building was renovated and now is an object of the annual visiting many of the tourist crowds.

The church Notre-Dame-du-Rif was built in the 17th century on an artificial island with an area of 3000 square meters. The island itself is the only man-made island in the Adriatic Sea. About the construction of the church there is a legend which says that two brothers, fishermen from Perast, on July 22, 1452, found on the reef the icon of Maria, and the inhabitants decided to create at this place an island, spread to shipwrecks, pieces of rocks, the remains of the sails and the stones of all sizes with the intent to build later a church there. The church was modernized in 1725, the building is decorated with an octagonal roof and a tall tower topped with a bell attaches to its mind the Baroque style. Inside the room is decorated with sixty-eight paintings, the creation of which took more than ten years. The centerpiece is an altar with an icon of the Madonna and her child hanging over him. Behind the church is a small museum with objects from the voyages, brought with by sailors. On the island there is an unspoken tradition. Every year pilgrims bring a stone to contribute to the construction of the island.

It is impossible not to talk about the main monument of the city – the Palace Bujovic, built in 1694 and is decorated with sculptures of a pair of lions at the entrance. Its structure consists of 5 balconies of the finest work with unusual columns, made in the Italian technology bugnatto.

It is also recommended to visit nearby small villages, situated around the Kotor Bay: history buffs will love to plunge into the study of the past of the country, as the village of Perast had a strategic importance for defense and originally was grounded as a fortress in the 16th century.

You should definitely enjoy the extraordinary scenery of the fjord, breathtaking climbs of the mountains, and make a memorable photo on Perast on the background of the Adriatic Sea. 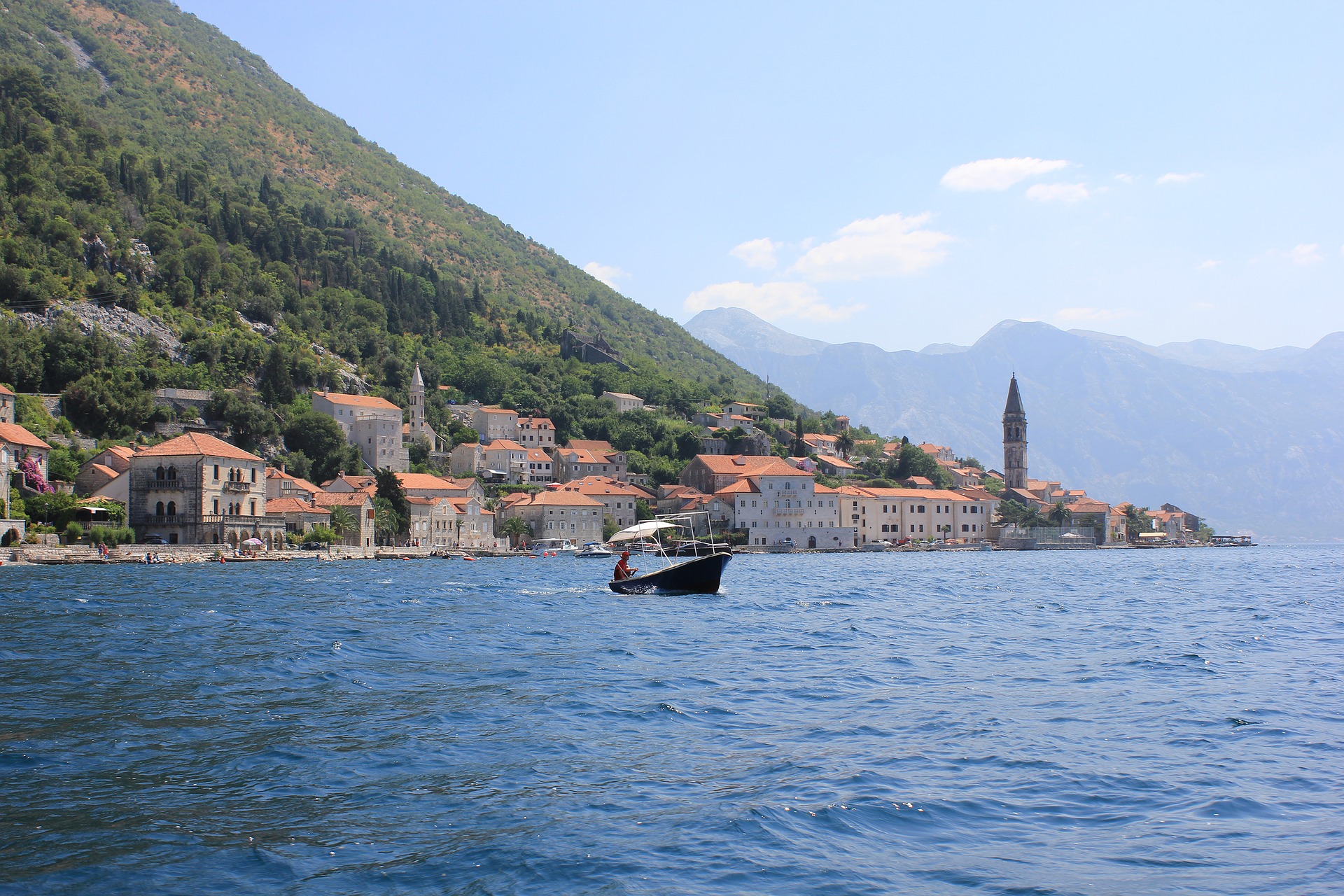 Council to tourists in Montenegro

To fully explore all the interesting places of the city, you should pay at least a day and a half. Visit the intimate local restaurant in a quiet location on the shore of the water and sail out to sea in the Bay of Kotor. Among restaurants, for reviews of Perast, especially the renowned is an institution "Conte": the sea splashing nearby, cozy atmosphere, fine cuisine, a warm atmosphere make an atmosphere pleasant during the evening.

Where to stay in Perast?

Perast will delight tourists with relatively low housing prices compared to other popular Montenegrin resort towns. Here you can find a cheap room in a family hotel or rent an apartment in Perast, the prices of which start from 25 euros per night. For a place in the hostel room you will need to pay only 15 euros. There is even the possibility to rent the whole villa or a small house. Prices are on average 60-80 euros per day.

When is the best time to go to Perast?

If you look at the climate map of Perast, it is possible to notice that on the coast of the Adriatic Sea and Kotor Bay winters are mild and snowless. Summer is here, on the contrary, warm, sometimes the temperature can reach 33°C.

Average temperatures range from 13° (January) to 31° (July). The rainiest months here are October, December and November. For those who wish to visit Perast recommended months are May, June, July, August and September as the best for travel.